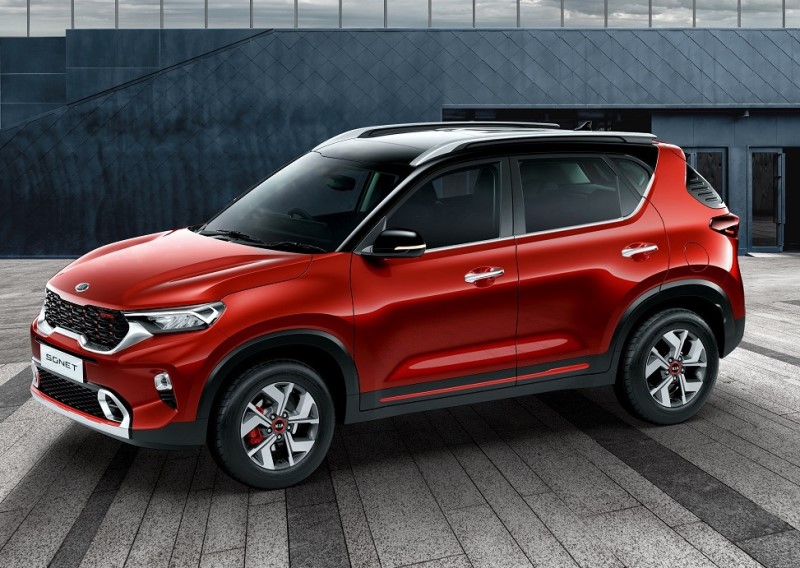 Kia Sonet launch in the coming weeks. It has been unveiled for the world and it gets a host of features…

After a not so long wait, the biggest announcement of the year from the house of Kia is here! The South-Korean automaker today finally unveiled the Kia Sonet to the world. The car gets many segment-first features, and it looks promising for sure.

Sonet has been developed ground up and is a made-in-India product that will be sold in global markets. Kia says that it has put special focus on the dynamics, safety, and technology while designing the product. The car comes equipped with 57 UVO connect features as well, along with voice assist.

In terms of design, the compact SUV gets bold styling, with the company’s signature ‘tiger-nose’ grille dominating the front. It gets ‘crown jewel’ all-LED headlamps, coupled with LED DRLs. The styling continues with its bold statement at the rear, as well, which gets all-LED tail-lamps.

Taking a look at the interiors of the car, it gets a dashboard that looks very similar to that of the Seltos, which sure is a good thing. The vehicle has a spacious cabin that is good enough to accommodate five adults. It also gets a 7-speaker sound system from Bose.

Coupled with it is a huge 10.25 inch HD touchscreen with navigation and live traffic, again, thanks to its UVO connect technology. That apart, even the instrument console of the car is an all-digital unit, which gives out more information than you’ll ever need!

Just like its elder sibling, Seltos, even the Sonet comes with a wide choice of power-trains, and it borrows Hyundai’s recently unveiled ‘Intelligent Manual Transmission’ (iMT) gearbox technology (which comes devoid of a clutch). For those who do not know, this technology lets you change gears without having to worry about the clutch, as the software equipped in the car takes care of that part.

Kia Sonet launch will be announced in the coming few weeks and it will be manufactured at the company’s Anantapur (Andhra Pradesh) plant. It will rival Brezza, EcoSport, XUV500 and others…