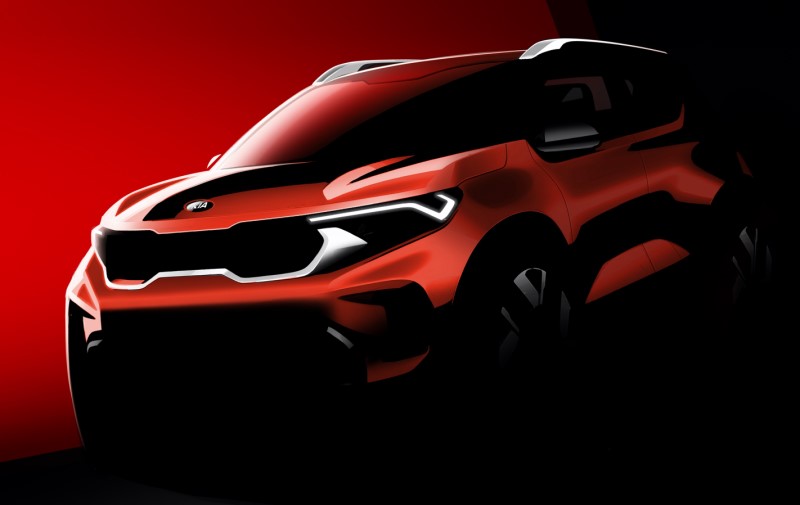 Kia Sonet pics are being released by the company ahead of its world premier on 7th August 2020. Spy pics also attached.

After the Korean automaker Kia made its smashing debut in India with its ultra-successful Seltos; there is no looking back for the company as it is now back with another model ready for the launch. The next segment Kia is focusing on is the compact SUV segment with its new Sonet. Sonet will sit below the Seltos and being a more affordable product, it has the potential to fetch higher volumes for the company.

It has already been officially revealed that SONET will make its world debut on the 7th of August this year but just before that, we have some uncamouflaged spy pics that reveal many exciting bits about the car.

The rear portion of the car looks very similar to the concept version which was unveiled at the 2020 Auto Expo in Noida. The tail-lamps appear to be LED units, and are separated by red insert, which doesn’t seem to be illuminated.

The side profile of the car is highlighted with chunky claddings and a shoulder line that climbs at a vertical angle as it approaches the C-pillar. The front fenders get integrated indicators, and we can also observe those steel wheels, which means that the spied model could possibly be one from the entry trim.

Apart from that, moments back, Kia has shot in a press note sharing an official rendering of the front. It features LED headlamps, and Kia’s signature tiger-nose grille.

Kia India has also confirmed that Sonet is a festive launch candidate and will target younger generation customers who are tech-savvy and socially connected.