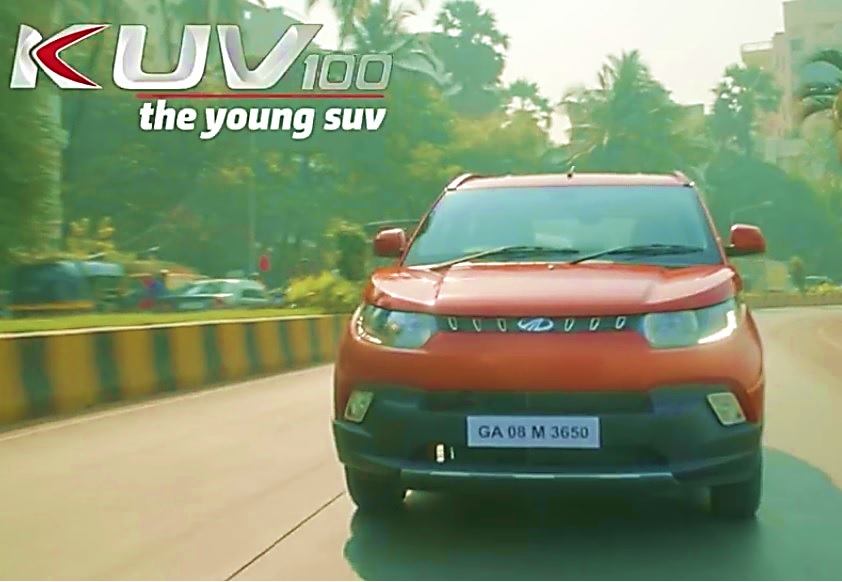 Mahindra released the first pictures of KUV100 on 18th of this month also announcing commencement of bookings from 19th at a payable amount of Rs 10,000. Deliveries of the mini-SUV are planned to start from 15th January,  which is also the announced launch date of the Mahindra’s smallest.

And as expected, the company has started to reveal more details and in a latest they have shared its first teaser video which also features Bollywood actor Varun Dhawan. The video also gives us a sneak into the rear of the car which gets a wiper and a simple boot hatch.

On the road, the car looks imposing for its size (remember, it is targeted against hatchbacks) and there are clear XUV traits which should act as crowd-pullers. We expect starting price tag of somewhere around Rs 3.99 lakhs which may spawn uptill around 6 Lakhs.  For more details do read – Mahindra KUV100: Preview with Pic Gallery