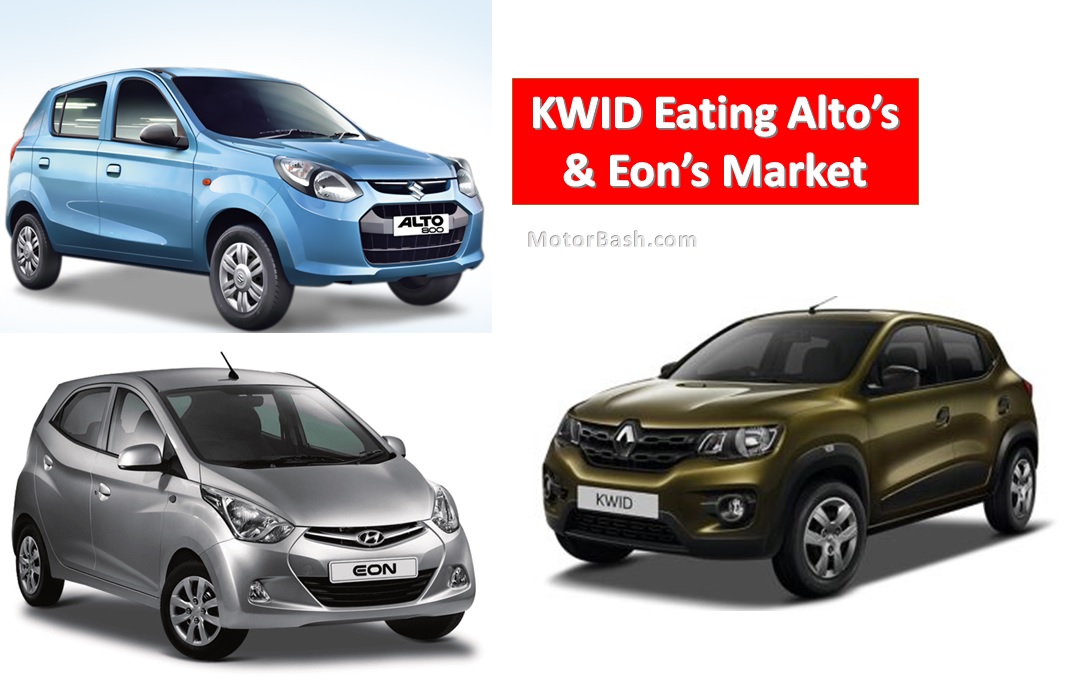 The French car maker Renault took over the entry level hatchback segment by storm when they brought the Kwid. It is a deal to beat not just in terms of features and looks but also pricing. Buyers have flocked Renault’s showrooms in hoards and apart from the 40,214 units that have been sold till now, the company is sitting over 1.25 lakh bookings of the hatchback.

In fact, with production ramp-up, sales are slowly spiralling and reached their highest at 9,743 units in the month of March 2016. That’s a number Hyundai’s very established Eon has not been able to come close to in the last six months. The overall segment has grown by about 3.5 per cent or little over 18,000 units in numbers.

We are presenting two tables in this article and one look at them and it will be abundantly clear that Kwid has snatched quite a few thousand customers from Eon and even Altos (and probably a few other Marutis). The Marutis A-segmenters have dropped in sales on a year on year basis right since January. Eon too has met a similar fate losing out to the cross hatchback. Both Maruti and Hyundai have a smaller 0.8 litre as well as a larger 1.0 litre mill in their cars. Maruti also offers an Automated Manual Transmission in the Alto K10 and Wagon R.

After having showcased them at the Auto Expo in February, Renault will be launching Kwid with the bigger 1.0 litre petrol mill as well as the AMT unit (called as Easy R in Renault speak). That is not all, partner Nissan is also at the brink of launching the Datsun RediGo which is built on the same CMF-A platform as the Kwid. When one has started the damage, it will be a tough call for the leaders to contain two!