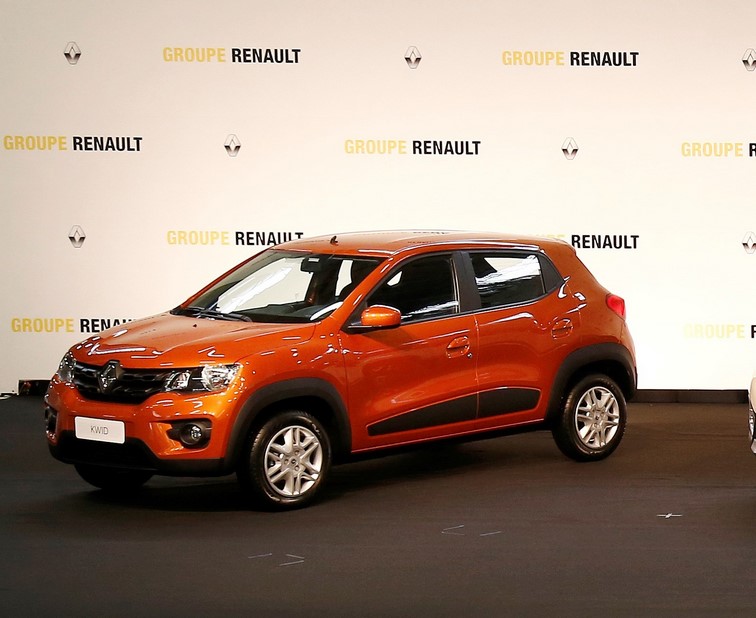 Renault Brazil has showcased two new models for the South American country. Both the Kwid and Kaptur will be manufactured in Brasil. The Kwid is the first car to be built on the CMF-A platform of the Renault Nissan alliance and has received a very warm response in India. The Brasilian market is going through its worst ever recessions and still has a negative overall growth in the market.

Unlike India, the Kwid is being touted as an SUV in Brasil. Of course thanks to its crossover looks it would not be impossible to call it a mini-SUV. The car will be offered in both the 1.0 litre as well as the smaller 800 cc version. However, due to the ethanol friendly market both these engines will run on flex fuel.

The engineers at Renault Technologies Americas have also tweaked the car for the local market. Which means that the body of the car has been strengthened along with the chassis. In fact, it has been reported earlier that the Kwid in Brasil gains a weight of 130 kilos in comparison to the Indian model. To get a good rating from Latin NCAP and comply to the crash safety norms of Brasil, the car is also expected to gain front and side airbags as a standard feature.

The Indian Kwid on the other hand has received a zero star rating at a recent Global NCAP testing. The company did try to improve the body structure but couldn’t improve the rating. Well, affordability comes at a price! The Kwid will  be reaching dealerships in Brasil later in 2017.