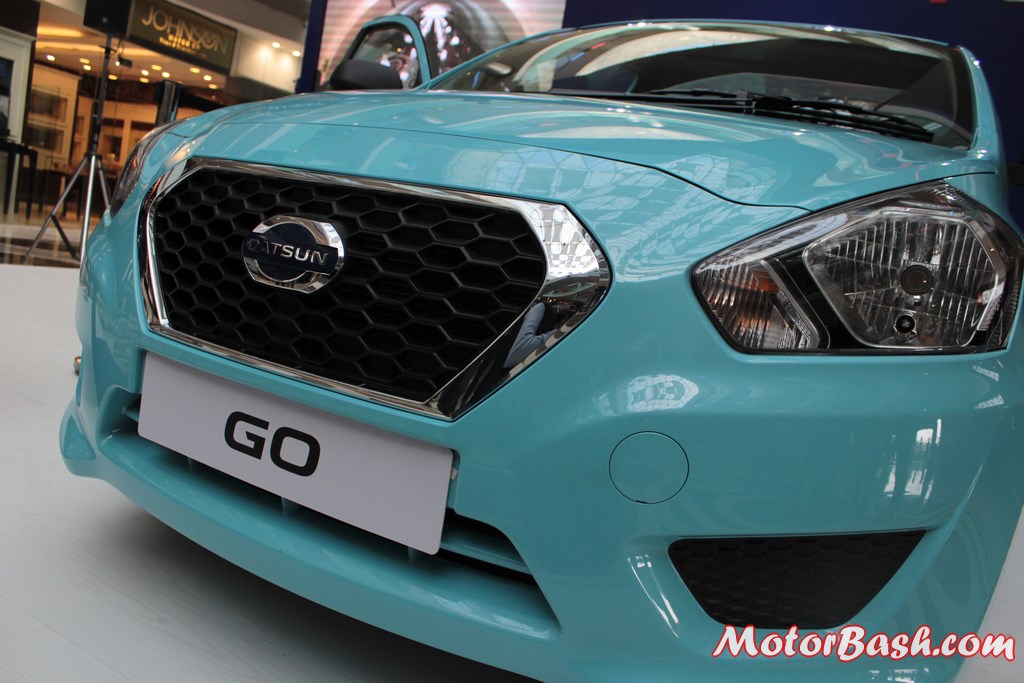 Low-cost marquee Datsun has kicked off the unveiling process of its GO hatchback in India with simultaneous roadshows across Delhi, Mumbai and Chennai. Various waxed and polished specimens of the Datsun GO are now garnering eyeballs at malls frequented by people. We covered a press event LIVE from Delhi, and here is a feast of pictures and details.

As of now, Datsun has confirmed that the company will showcase the GO model at the Indian Auto expo to be held in Noida in February. Datsun has also let out the interesting information that all the variants of the GO will be priced below 4 lakhs. This goes in accordance with our earlier calculation of Rs 2.99 Lakh entry price tag for the first car from the returning brand!

The GO promises a lower cost of ownership as compared to competitors like Maruti-Suzuki, Hyundai accompanied by a hassle-free buying process.

Here is the dope that has arrived till now: 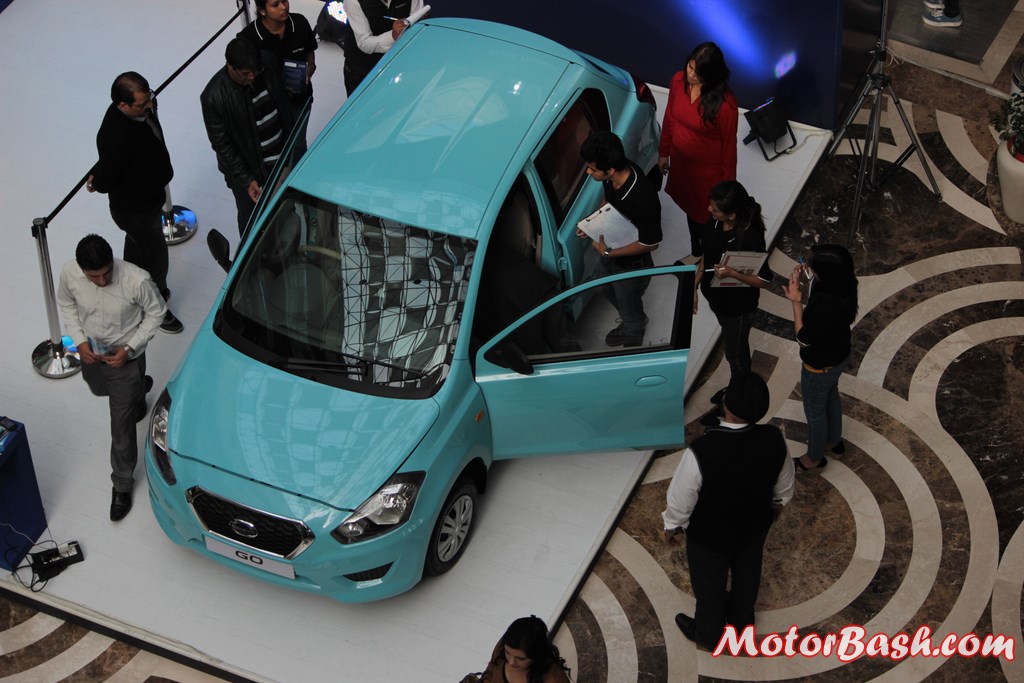 GO will be powered by 1.2L 3-pot petrol engine, a little detuned version of sibling Micra. Datsun will create a “Datsun Owner’s Club” for the customers as soon as the sales begin. More publicity has been planned for Datsun in the form of upcoming interactive displays at about 90 cities all over India. Pavilions will shelter the cars and LCD displays will blurt out information on the models.

We have already brought to you some on-road spyshots of the car, stay tuned to us as we bring for you more on the Datsun GO!