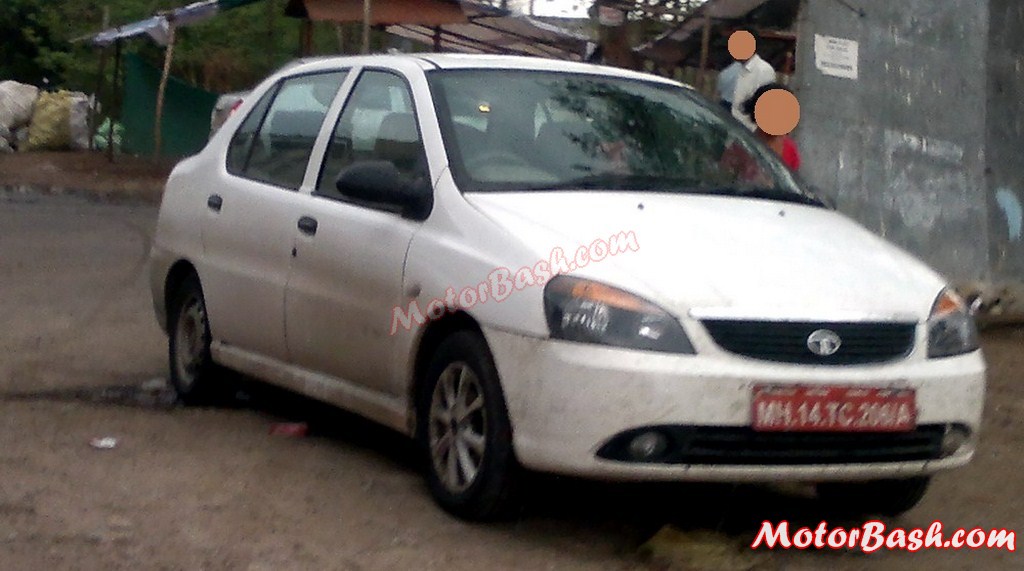 Now that Tata has understood that the best way to refresh a car is by lending it smoked headlamps, every car in the arsenal will go through the same exercise, on sale or defunct!

This is what appears to be the case as, through the earlier spyshots we understand, Tata is refreshing all their upcoming products with smoked headlamps right from the new Aria to the upcoming Indigo eCS facelift! Now, we wonder what is this Indigo XL, with company test registration plates, doing with smoked headlamps on our soil!

Tata no more sells the Indigo XL in India and if, by any faintest of chances, Tata is considering anything India specific with this Indigo, we pull our hands up, join them together and request for mercy! To the best of our guess, however, this might just be a company owned car which might be acting as a convoy to some other test car and hence the reason of red number plates.

As for the smoked headlamps, we assume it might just have broken its originals and since Tata is moving to this new smoked theme for the upcoming Indigo eCS facelift, this Indigo XL also gets them as a replacement.

For the naysayers, Indigo XL was the extended wheelbase version of the regular Indigo which was launched in 2007. It had a 200mm greater wheelbase and better interior space. It was available in both petrol and diesel variants. Indigo Manza was supposed to be the next-gen Indigo but Tata just doesn’t let the ‘Indigo’ brand name to rest in peace!