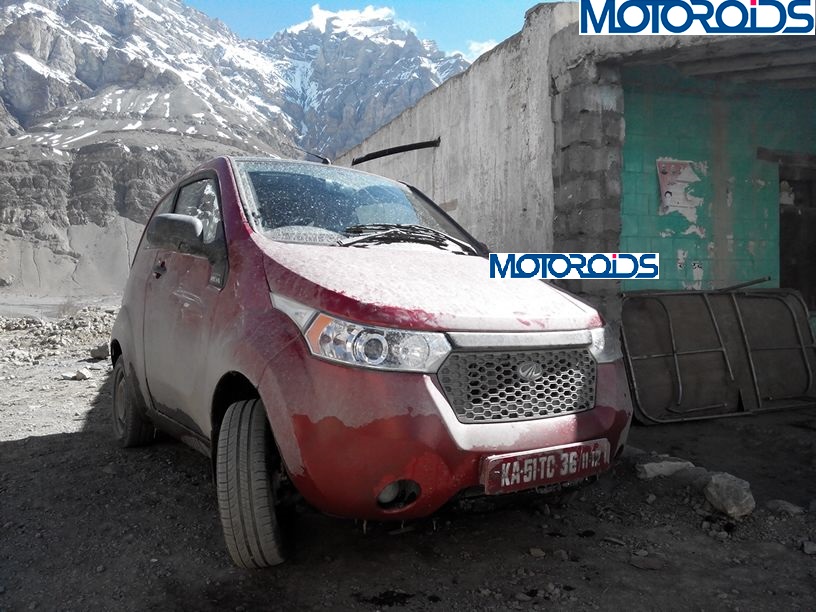 Mahindra e2o is a very promising car. It looks much better than the previous generation Revas and has a better build quality. The previous ones looked and felt like cheap disproportionate plastic cars.

However, Mahindra is disappointed with whatever little sales it has garnered so far. In an interesting update, an e2o test mule was spotted by a Motoroids.com reader while it was being tested in Losar, Spiti, Himachal Pradesh. Losar, interestingly is situated at over 13,000 feet above sea level!

The two door hatchback which can seat 4 people (ahem!) having a three phase induction motor powered by a 48volt Lithium ion battery, producing 20.1PS of power and 53.9Nm of torque, might seem to be a decent enough city car. A car which has been designed for commuting from point A to point B. What exactly is it doing in the midst of the mighty Himalayas? 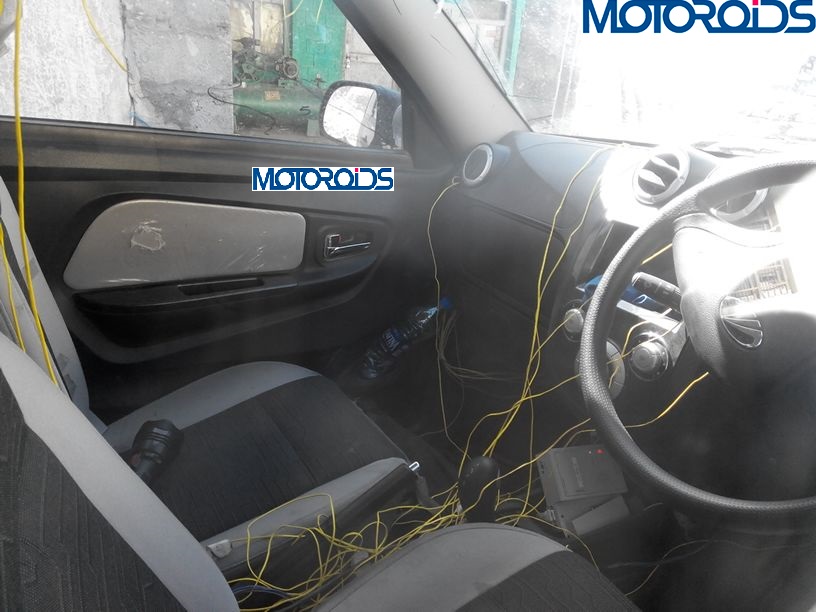 As per the report, Mahindra folks have been camping there for more than a fortnight and have been trying to imitate the weather conditions of Europe! Batteries performance reduces in cold temperatures and that is what they are trying to work on. As per them the car gives a range of 110km on a full charge, and they intend to extract somewhere around 134kms. They were also using 72 volt batteries instead of the usual 48 volt ones. The engineers also revealed that Mahindra is planning to install a liquid cooling system in the near future. 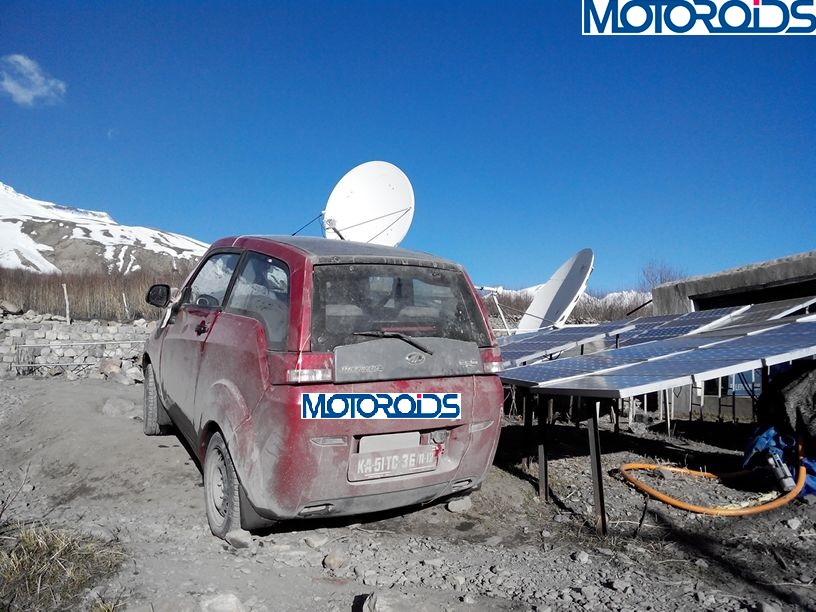 These are clear signals which confirm that, disgusted with its lack of sales in India, the company is exploring options which will have the potential to yield them some good dividends.There are even rumors of a four door sedan based on the features of the e2o!!! That is one thing which even I would love to drive.

In case you are wondering, where in the world, are they getting that electricity to charge the car at above 13,000 feet? Well it is being charged using a diesel generator. The e2o has been priced at Rs 4.82 lakhs and goes on to 5.99 lakhs (both prices on road, Delhi).