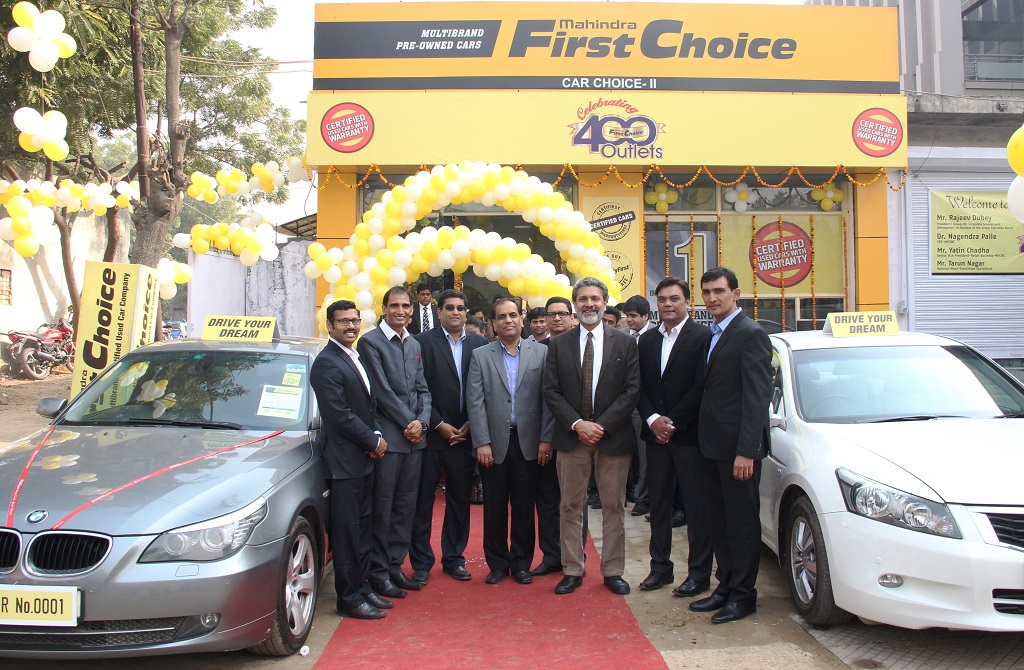 Mahindra First Choice Wheels Ltd. (MFCWL) today inaugurated its 400th outlet in the country. The new dealership, M/s Car Choice II, is the company’s second outlet in Dwarka (the other is in Sec-24), New Delhi, 34th in the National Capital Region (NCR), and 137th in Northern India.

The new dealership in Dwarka is spread across 10,000 sq. ft. and is located at Plot no. 3 & 4, Sector-7, Near Gokul Garden. It was inaugurated by Rajeev Dubey, President (Group HR, Corporate Services & After-Market) & Member of the Group Executive Board, Mahindra & Mahindra Ltd. Dr. Nagendra Palle, CEO, Mahindra First Choice Wheels, was also present at this launch.

The company claims to be India’s No. 1 multi-brand certified used car company and prides in reiterating that the position has been achieved over a period of seven long years of hard work. Mr. Dubey said that Mahindra First Choice has also contributed to the creation of a used car ecosystem by bridging wholesale and retail channels while leveraging physical and online infrastructure. Or, in other words, ‘bringing credibility to an industry that has been largely unorganized.’.

According to Dr. Palle, NCR is the biggest market and a strategically important one for Mahindra First Choice. Key focus areas include Mayur Vihar, Gurgaon, RK Puram, Punjabi Bagh, Indirapuram, Shahadra, Okhla, Mathura Road, Janak Puri and Gaziabad, and the company plans to add six more outlets in and around Delhi by the year-end. But it’s also getting a fantastic response from B and C towns, which is contributing quite a lot to the growth of the company. At present, it has a total of 400 outlets in 225 cities and it’s targeting to close the year with 500 outlets and 1.5 lakh vehicle sales (both online and offline).