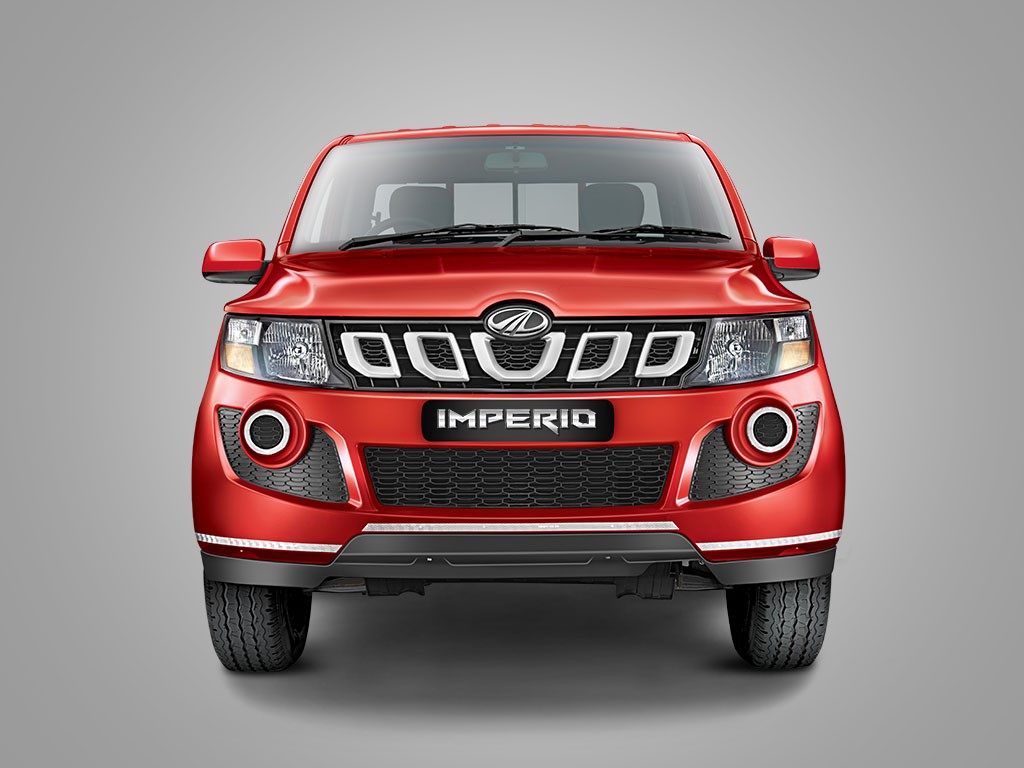 Mahindra has launched its premium pick-up truck Imperio at a starting price tag of Rs 6.25 lakhs ex-showroom, Thane. Set to be a replacement of the Genio, the new Imperio gets an SUV-ish stance and also boasts of car like features, something which its predecessor seriously lacked.

Imperio also claims to have the best in class safety features with an enhanced driving experience. It will be available in BSIII as well as BS IV engines in single or twin cabin layout, however the dual cab is not a unibody like Xenon. It gets a new front fascia with a refreshed toothed grille, redesigned bumpers and sleeker head lamps. The engine remains the same 2.5 litre four pot mDI CRDe diesel mill churning out 75.1 bhp at 3,200 rpm and 220 Nm of torque which peaks in the range of 1,400 to 2,200 rpm. 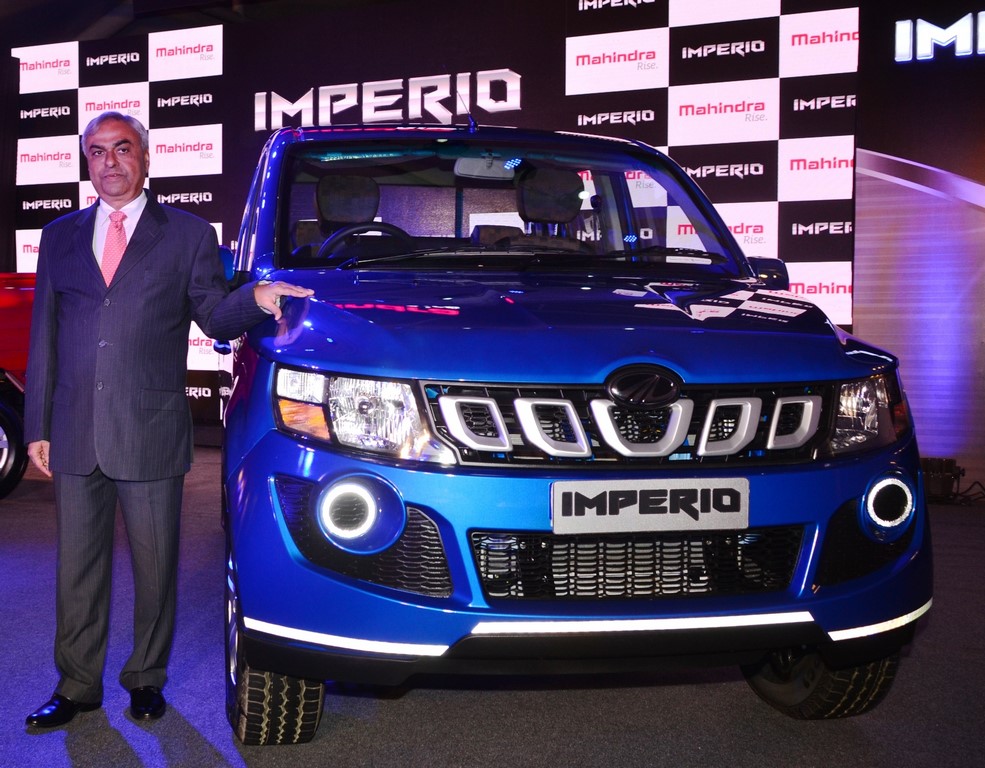 Mated to this is a 5 speed manual gearbox helping the Imperio return a fuel efficiency of 13.55 kmpl. It also claims to have a payload of 1,240 kg. 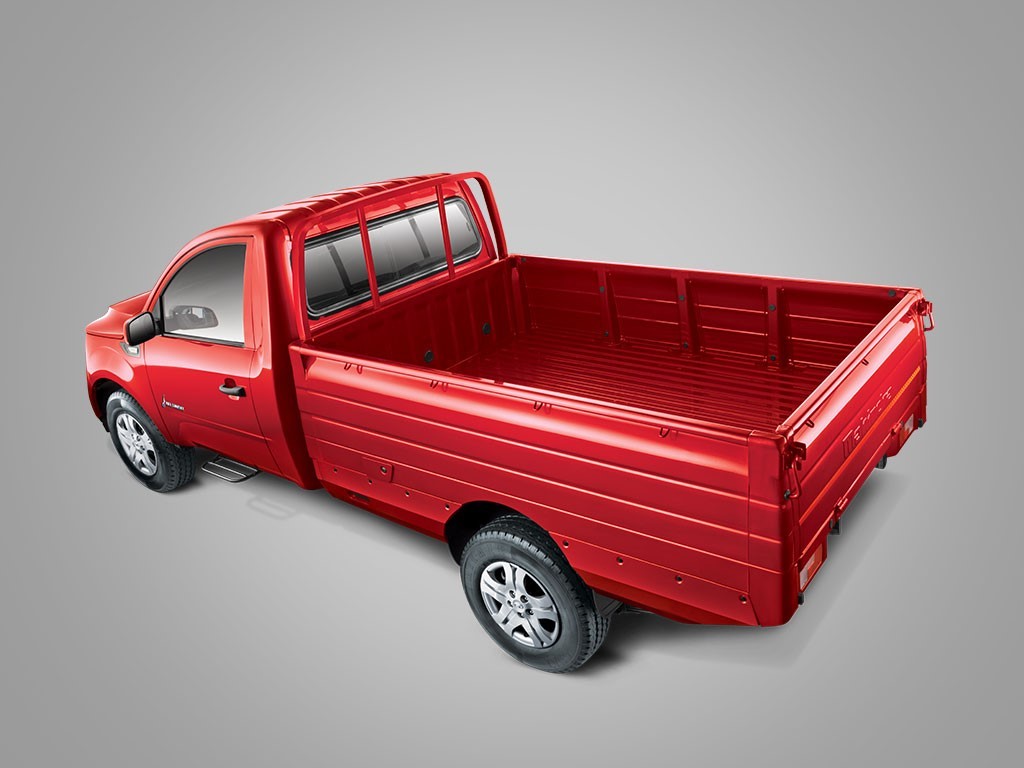 In the double cabin version the front seats are bucket types while the rear one is a bench type. It also gets an air con with a 4 step blower, 2 Din audio system, central locking and keyless entry. The aerodynamic pick-up truck also gets 16 inch radial tubeless tyres. Borrowed from the Maxximo Plus Imperio also comes with the Fuel Smart Technology, enabling one to choose between power and fuel economy. 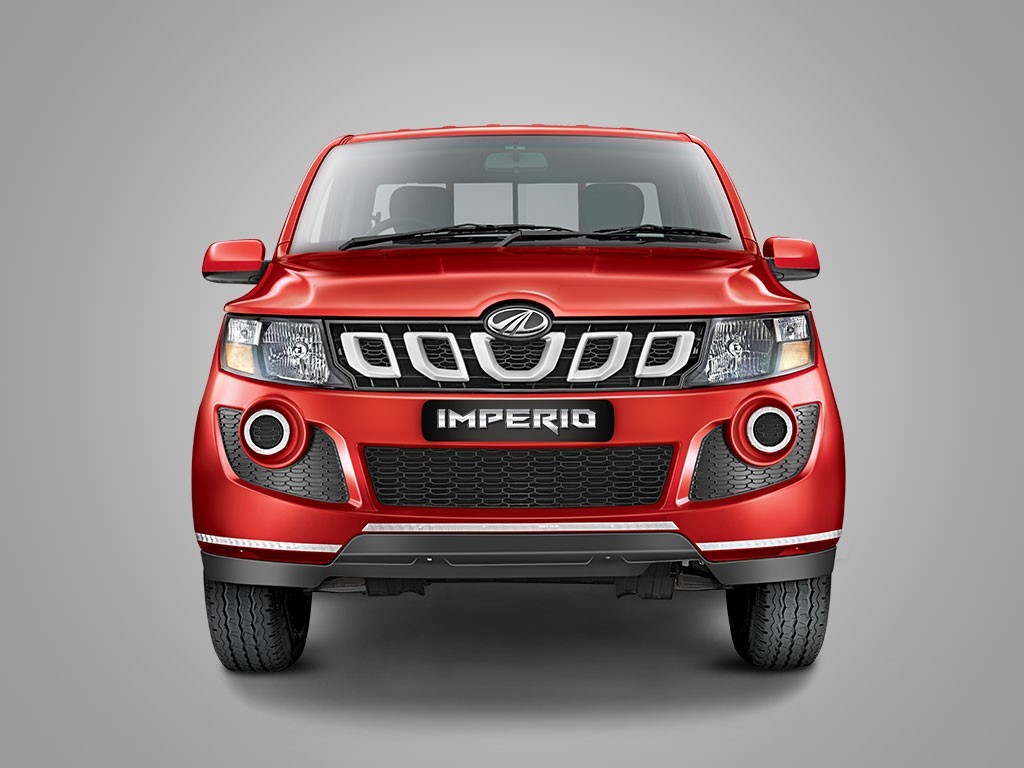 The Imperio will be available in three colours:

There are two most important pointers to note – First, a vehicle based on Mahindra’s Xylo platform can also look good 😉 and two, we finally see XA-Alpha like grille on a production vehicle, albeit on a non-Maruti 😀 !