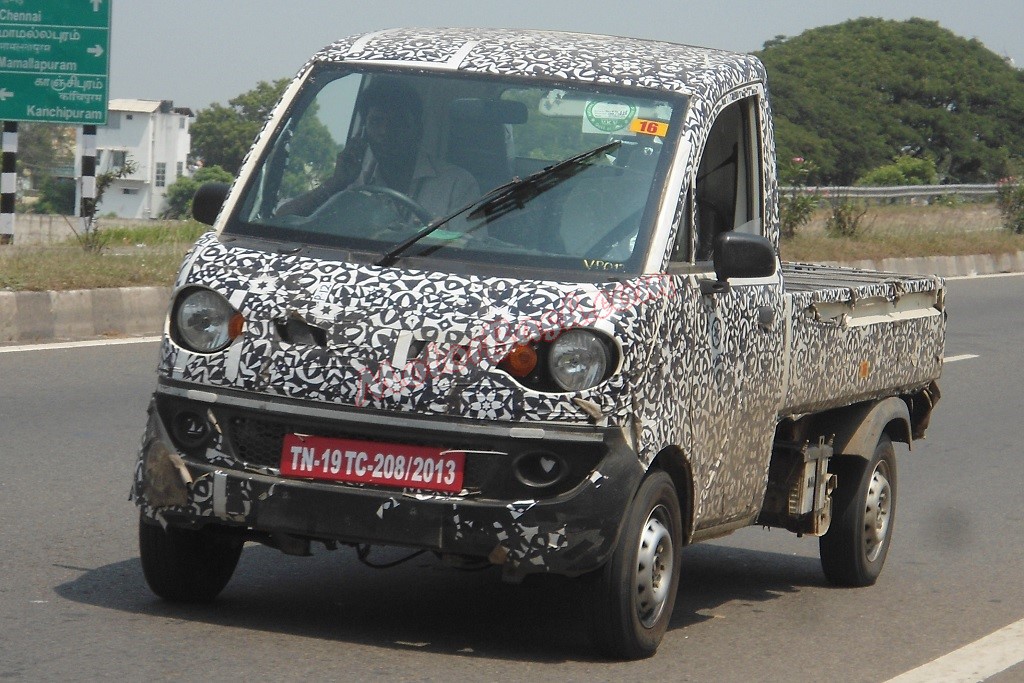 Mahindra’s upcoming crusade on the Tata ace and Ashok Leyland Dost will see an LCV codenamed P601 as the prime arsenal. The fight will intensify even further with the launch of the Y9T by Maruti, the company’s first foray into the LCV segment.

The P601 though might be their masterstroke thanks to the greater payload it appears to be setup for. It does appear to be bigger than an average 1 tonne mini truck seen in this segment.

Our reader D Vigneshwar recently captured three different test mules of the P601 while on his travel. It appears that Mahindra still has not got the designed head lamps of this mini-truck as the test units still make do with makeshift dummy ones. 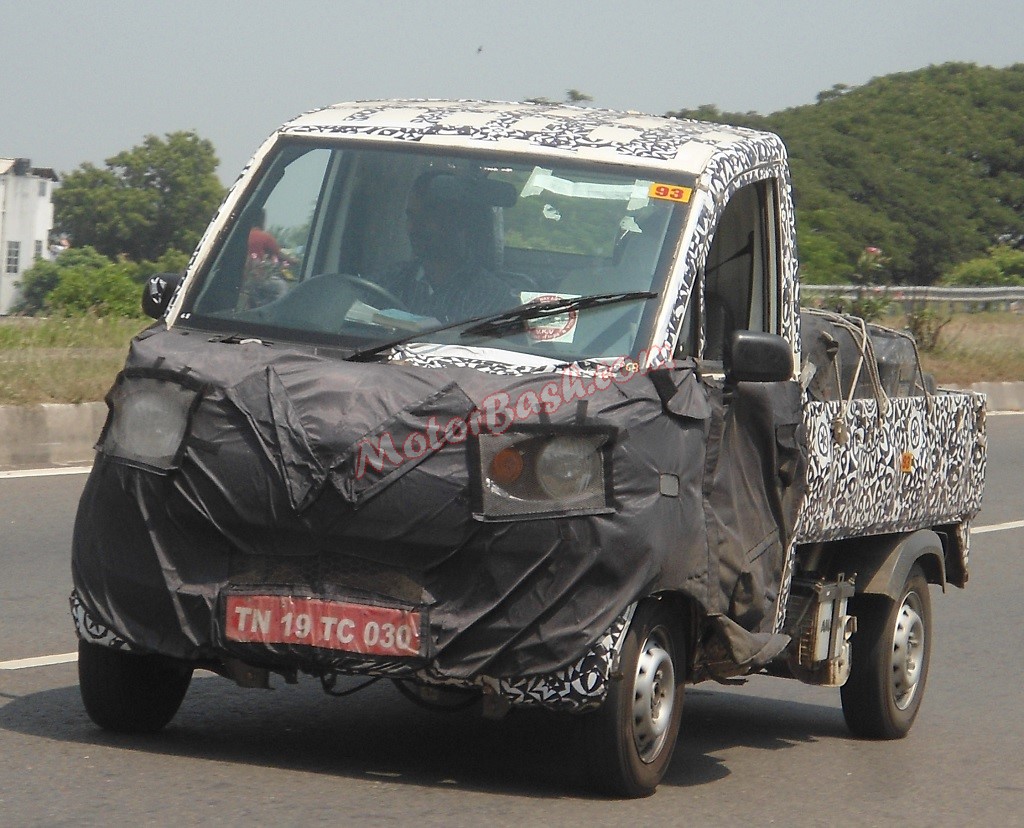 The single windscreen wiper assembly makes a comeback which feels a bit weird as it is bigger than the Maxximo, which houses a twin windscreen wiper unit. The interiors, which are not visible in these pics, can be expected to be a neat and basic arrangement. The gear lever has been reportedly kept on the dash board which might lead to an efficient seating format in the form a bench seat in the future. 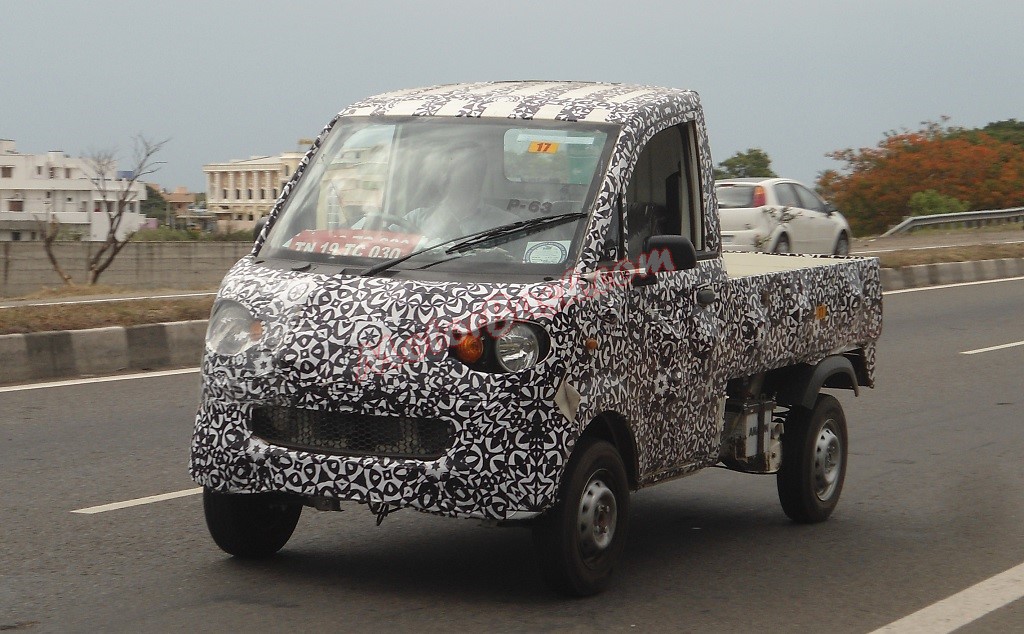 The biggest problem might be the question whether Mahindra is too late? Tata’s Ace has been selling like hot cakes while the Maxximo and Gio have so far received limited success. The company will be manufacturing the P601 at their upcoming manufacturing facility in Tamil Nadu. This facility would go operational sometime in 2015 and hence we expect an end-year or early 2016 launch of this P601, which is when we will also come to know about its actual commercial name.