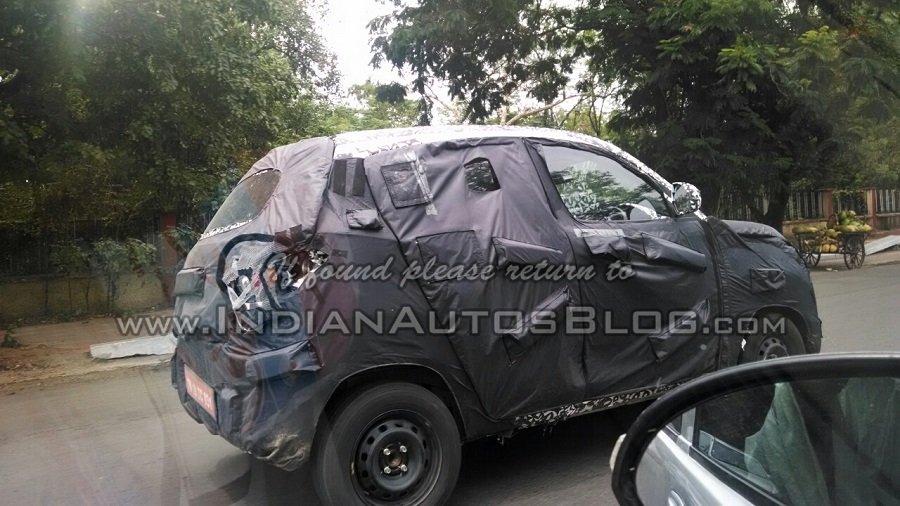 S101, Mahindra’s answer to Ford’s EcoSport, was spied recently by a reader of Indianautosblog.com. From these spyshots, it gets cleared that gradually the compact SUV/Crossover is getting in production trim.

If we date back to the first spyshots, the S101 was snapped with many dummy or lesser parts. With time, it has gained body parts like the front headlamps, front and rear bumpers etc but it appears that the rear tail lamps are still not ready as this mule is still running across with dummy lamps.

S101 is to get double barrel head lamp units and a face similar to, but smaller than, the flagship XUV500. The interior spy shots which surfaced last month hint at a Datsun Go style seating arrangement with the gear lever moving to the dashboard. Moreover, in these new spyshots the basic silhouette of S101 is very hatchback like, a tall-boy design! 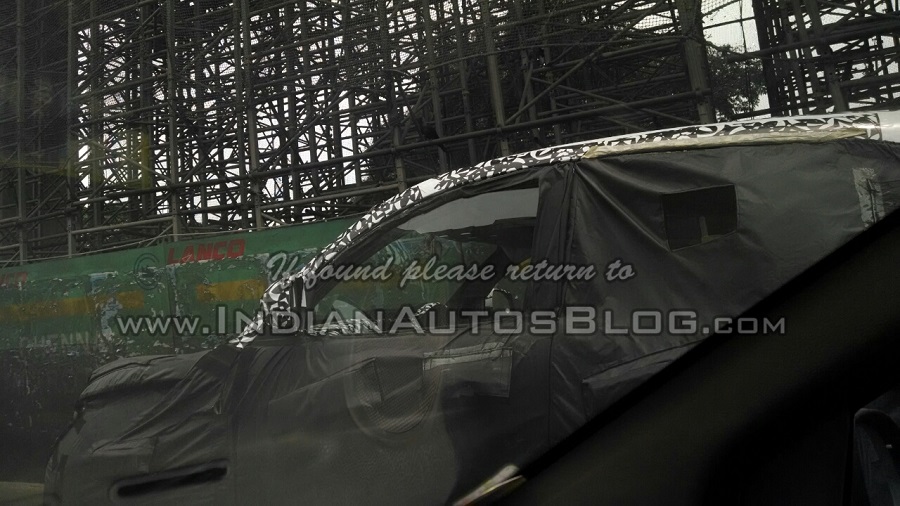 The S101 will get the 1.2L three cylinder petrol engine, which is being jointly developed by Mahindra and SsangYong. The Euro 6 ready engine is also being overseen by experts from AVL, the Austrian engine experts. The diesel mill will most probably be the same 1.5L from the Quanto which produces 100BHP of power and 240 Nm of torque, albeit with some tune-ups! 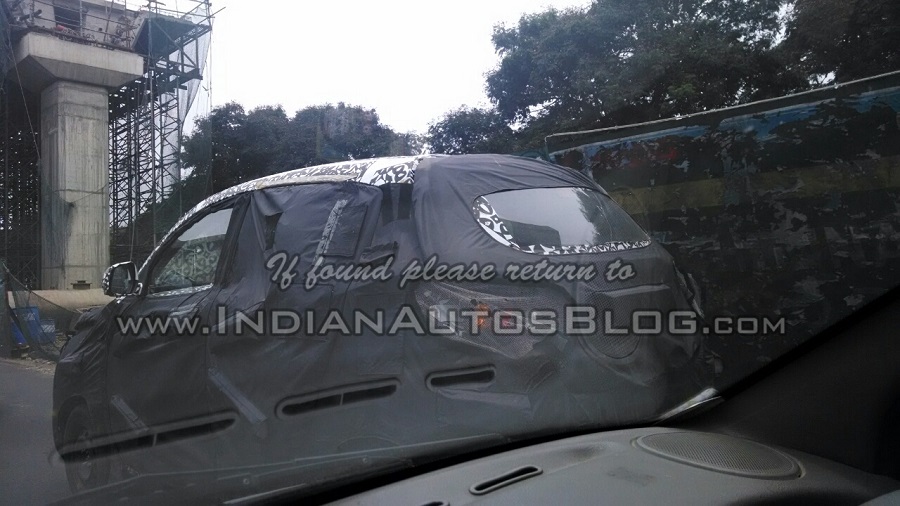 Mahindra is even setting up a new manufacturing plant in Tamil Nadu which will be operational by 2015. The sub-4m S101 is expected to be launched next year from this new plant and will be followed by a more premium S102 in the future.