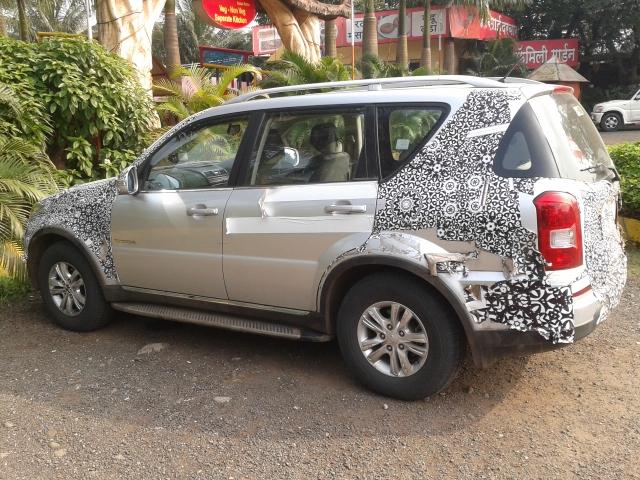 Mahindra is raring to go all guns blazing with their first ever SsangYong product in India – Rexton SUV.

Rexton would be launched on 17th of this month which happens to be just tomorrow! Before its launch, another spy pic has emerged of a partially camouflaged mule parked at some place in Mumbai. It is confirmed that the newer Rexton W is the one which would be launched in India.

The new Rexton is powered by a 2-Liter diesel mill which is capable of producing 154bhp. Mahindra would be promoting the Rexton as a ‘sophisticated & high end’ SUV as has been made by its teaser pics. Rexton would sit over XUV5OO and we expect a starting price of somewhere around Rs 18 Lakh.

It also gets almost certain that the Rexton would be launched under SsangYong’s banner and might be succeeded by the tag ‘by Mahindra‘. The next product from SsangYong’s stables is expected to be the Korando which has been spotted in India earlier.

Meanwhile, Mahindra has also launched a microsite dedicated to Rexton. You can check out the official site here. Check a small teaser video below