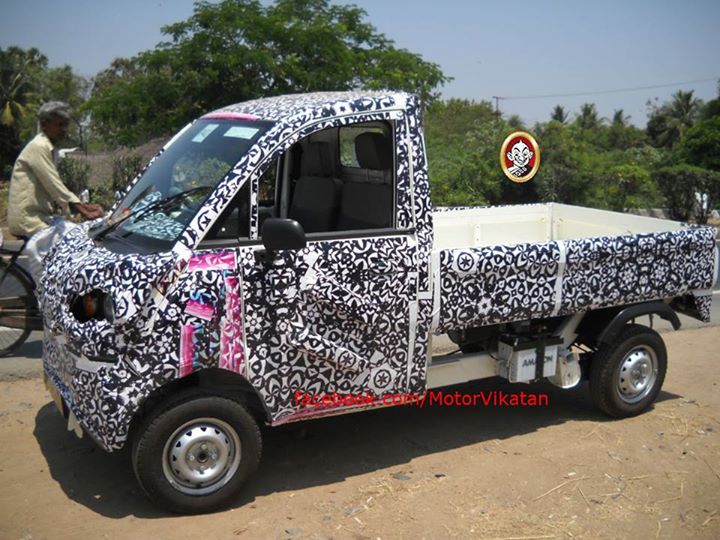 Mahindra and Mahindra are putting in all their might to fight Tata Motor’s dominance in the Light Commercial Vehicle (LCV) segment. The company has been working on a new vehicle, codenamed as P601 to take on the Tata Ace and Ashok Leyland Dost.

The mini trucks segment has been giving good volumes to Tata and Mahindra is now seriously trying to get a fair share of this pie. The P601 will either be an update for the Maxximo or be a new product, which seems more likely.

In an update, the P601 has been spotted testing for the first time ever on the roads somewhere in Chennai by Motor Vikatan. The test mule appears to be bigger than the Maxximo as well as the Gio. Even its loading bay is bigger than them, so it can be expected to have a payload of more than a ton. 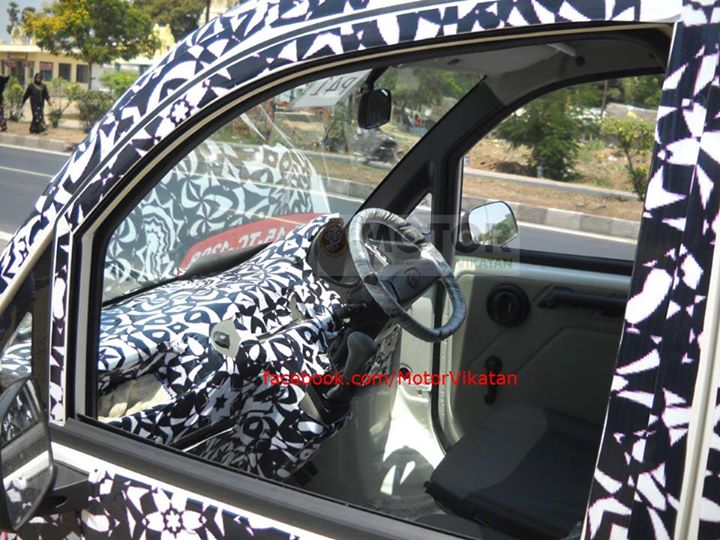 The front headlamp cluster has indicators in the same panel while the rear lamps follow the age old basic brick shaped panel rectangular layout. The basic interiors do not have an air conditioner although a top of the line variant with an air conditioning unit can be expected. The awkwardly placed gear lever on the dash might lead to a bench seat in the future instead of the individual ones in the test vehicle. The exhaust is located towards the rear and a spare tire has been added on the right under the luggage tray. 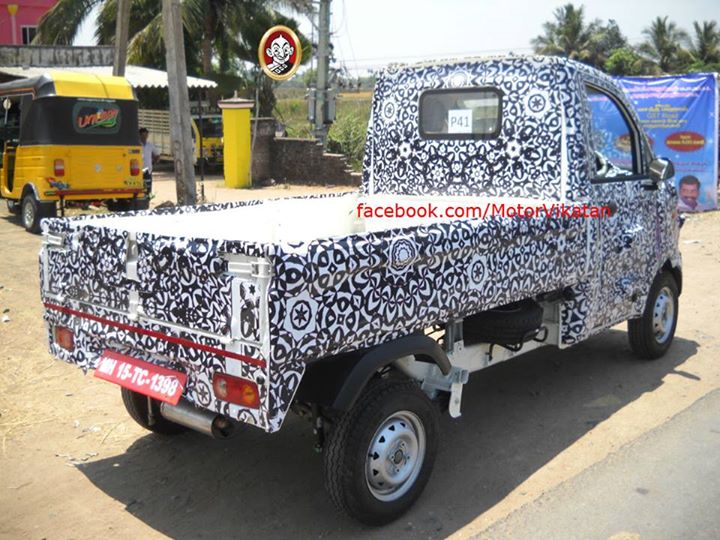 There have been no words about the possible engine option(s) yet. The P601 will be manufactured at Mahindra’s upcoming 4000 crore manufacturing facility in Tamil Nadu and should be ready to hit the streets by 2016 as the new facility would not be operational before end 2015 (More Details).