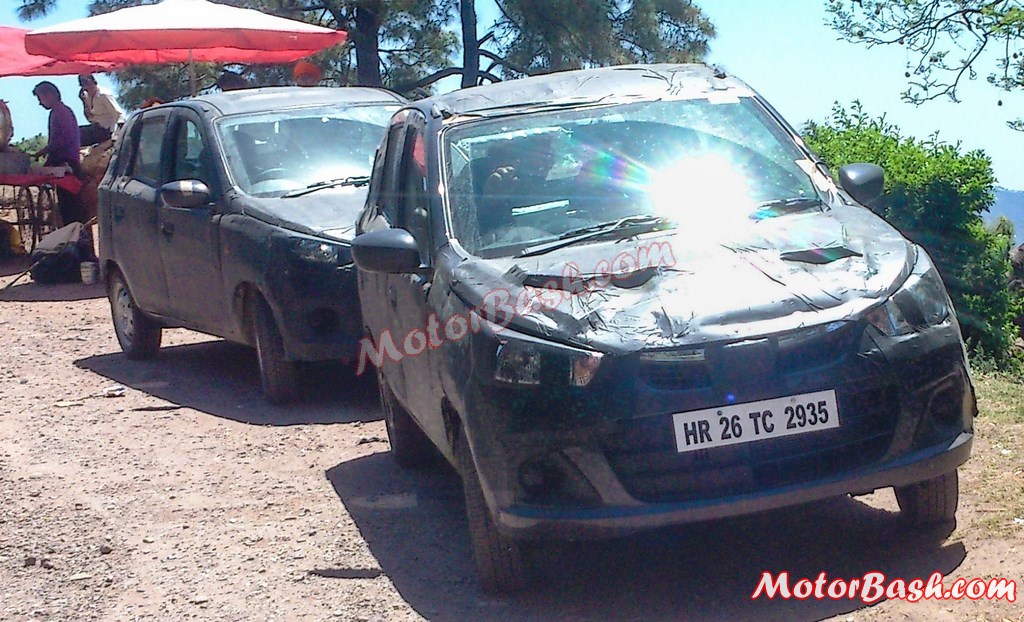 This is our third exclusive on the third consecutive day! On Monday we revealed the power figures of upcoming Celerio Diesel; Yesterday, we published spyshots of Next-Gen i20 in Chennai with a slightly different tail-lamp cluster.

And today we have the first ever spyshot of upcoming Alto K10 facelift. This spyshot shared by one of our long time reader Anuj Kanojia, confirms that Maruti’s mini workhorse will make it to India as has been speculated.

At first when Anuj shared with us this spyshot, it was a little confusing and anyone can mistake it as a Celerio facelift ( which is obviously not coming anytime soon) or Celerio diesel which is expected early next year.

Nonetheless, upon investigating bit by bit, helped by the information shared by Anuj, it got clear that this is nothing but the Alto K10 facelift which draws heavy inspiration from Celerio as well as the smaller sibling Alto 800.

As you can see, there are actually two cars on test. Anuj tried to peak inside in one of the mules and it was the regular 5-speed manual transmission, however, there is a possibility that the other mule may be running on the expected AMT gearbox. 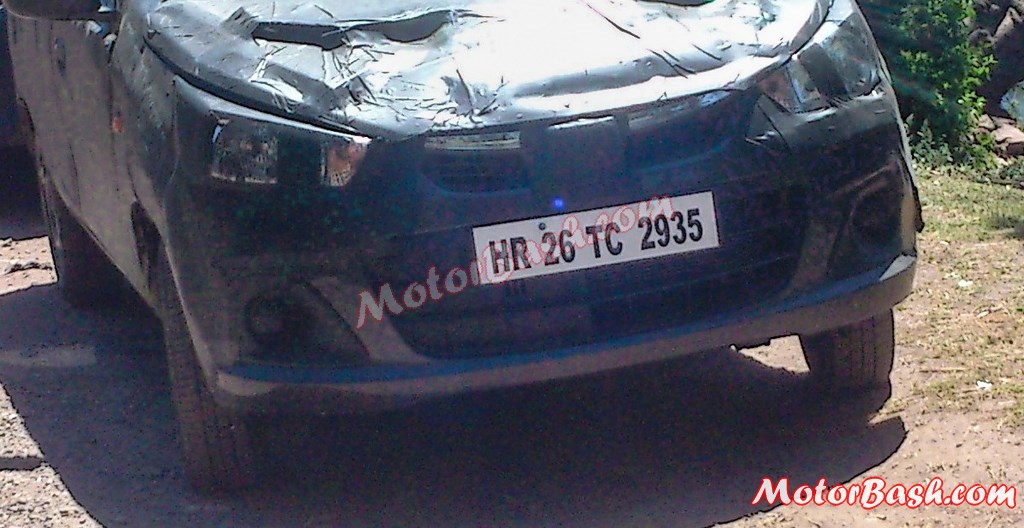 This will not just be a minor facelift as this spyshot clears and, hence expect Maruti to lend a fairly comprehensive makeover. The exteriors go through a world of change with the new Celerio-like design theme making its way onto the Alto K10, from its sober but old looks.

Almost everything, including the exterior design, cosmetics, have gone through a change. Let us list the changes which we can observe:

Alto K10 is also expected to get the same engine tune of the new Celerio, Hence, expect the 998cc engine to produce same 68PS of power output and 90Nm of torque but a little more concentration towards the lower end and mid range. But the major change we expect is to the fuel efficiency figures.

Current Alto K10 returns 20.92kmpl and Celerio is rated at 23.1kmpl (both ARAI ratings). Alto K10 being a lighter car, may end up getting rated at an even higher fuel efficiency figures. Apart from this, the interiors are also expected to get a makeover.