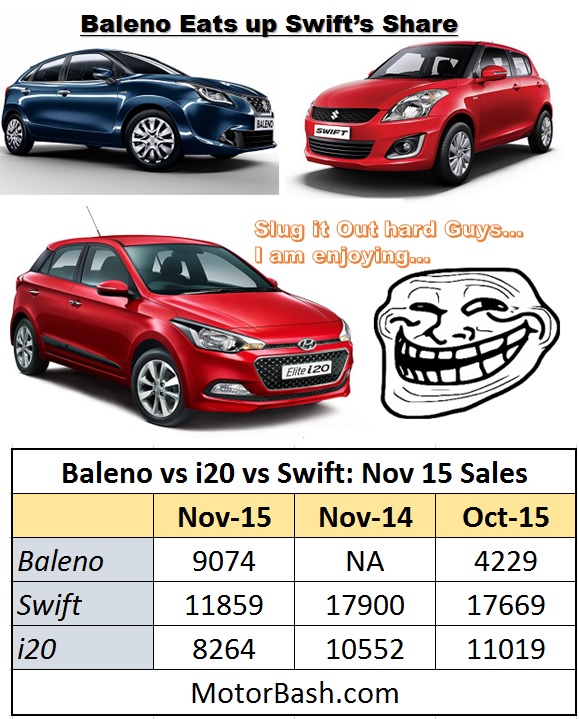 The premium hatchback segment has been ruled by Hyundai i20 for a long time now. Maruti’s new Baleno was introduced to be a direct challenger against the Korean and for the month of November 2015, it has successfully overtaken the i20. But wait.. there is more to the story…

As per an article on Economic Times, Maruti Suzuki sold 9,074 units of the Baleno in November 2015. In comparison Hyundai managed to ship 8,264 units of the i20 which highlights a difference of about 800 units. If you have been constantly following MotorBash, you would have read us predicting Baleno’s success at the cost of Swift (more than the competition) and that is what has become evident from the first full month itself. 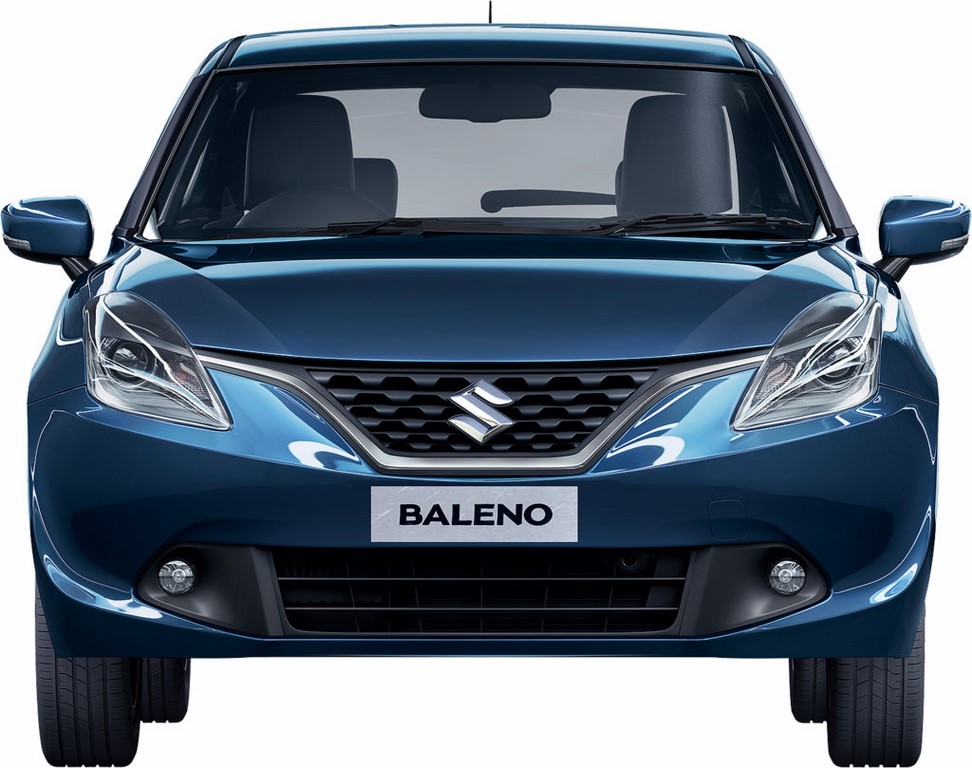 November was the month of huge festive demand and was also the first full month of sales for Baleno and being a new entry into the market, it is carrying the initial promotional hype which will subside with passing months. Hence this number is expected to stabilize at some lower levels.

The biggest problem with Baleno is that, despite being a nice little offering, it is designed to upgrade customers considering Swift rather than snatching buyers from Hyundai. The underpowered 75 PS diesel engine further exacerbates the issue. Now that the design can not be altered much, Maruti can and should offer the VGT 90 PS version of the same 1.3 Liter Multijet diesel engine to make a lot more sense out of the car and for proper distinction against its own sibling Swift.

What we like about the Baleno is that it is spacious and Maruti is offering safety features like dual airbags and ABS available right from the base variant along with its attractive price tag.