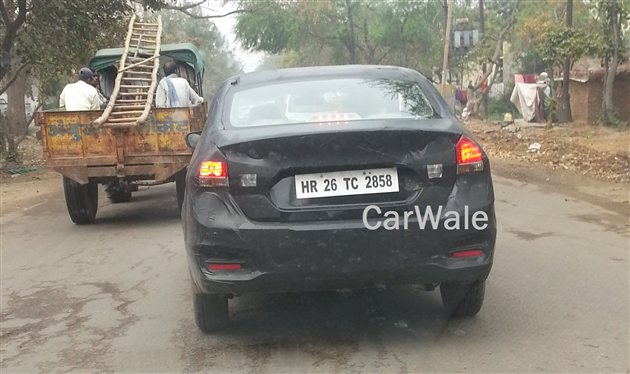 A few new spyshots of the all-new mid-size sedan from Maruti-Suzuki – Ciaz have emerged. One of the shrouded Ciaz mules was snapped up at some place in Gurgaon where Maruti has production facilities.

According to an earlier report, Ciaz may be launched in July this year and is expected to host a continuous variable transmission (CVT) system along with the regular manual transmission options.

One of the recent snaps from Gurgaon, courtesy Carwale.com shows the rear of a comprehensively covered up Ciaz on public road being gaped at by some dudes travelling atop a Haryana State transport bus. The other picture shows the Ciaz trying to overtake a slow-moving tractor-trolley. Both the shots are from the rear of the car. 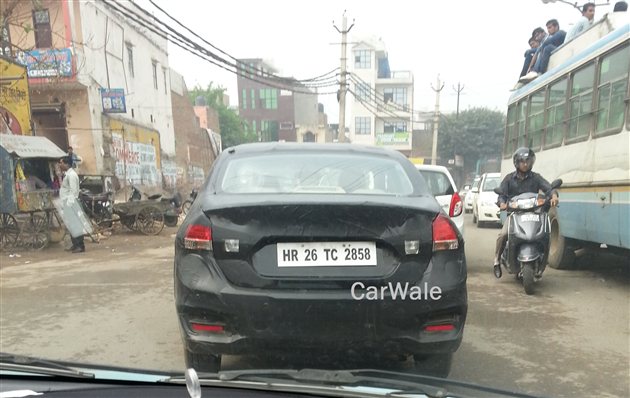 The other car, all mucked up in dirt and tapes was spied by kpzen, a team-bhp.com member. And he informs that the car was doing 140+ kmph fairly easily. Both these thoroughly covered up test cars do not disclose any significant information, but we already have absolutely uncamouflaged shots of the car which show the car in total, including interiors. 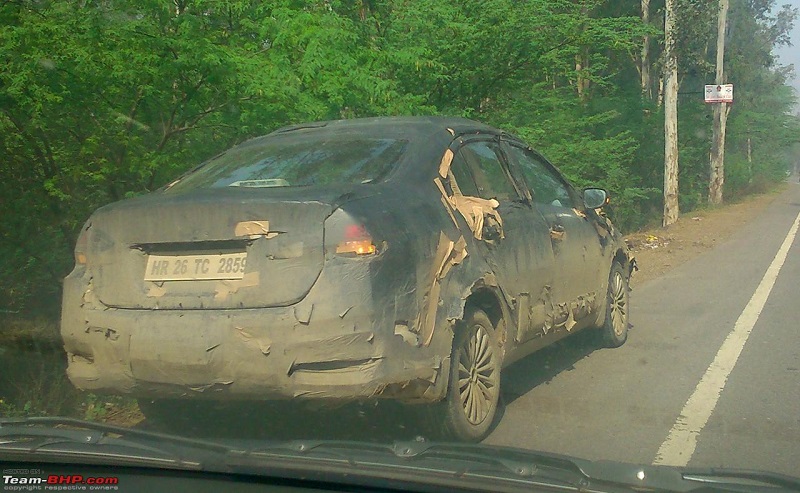 What’s not so good are unconfirmed reports of Maruti going along with the 1.3-liter DDIS motor for the diesel Ciaz. This 1.3L 4-cylinder produces some 90 PS with 200 Nm of torque and feels underpowered on the SX4. Inside the Ciaz, one expects more zing. A bigger engine with more power is what we would like to see. 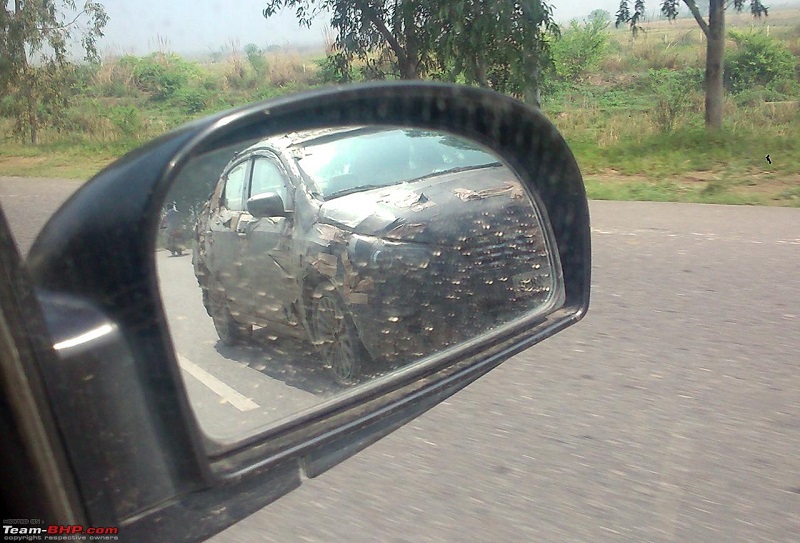 The petrol duties are expected to be performed by the 1.4L K-Series from Ertiga which produces 95PS of power and 130Nm of torque. In due course of time, it should get clear if Maruti indeed goes ahead with these engines.