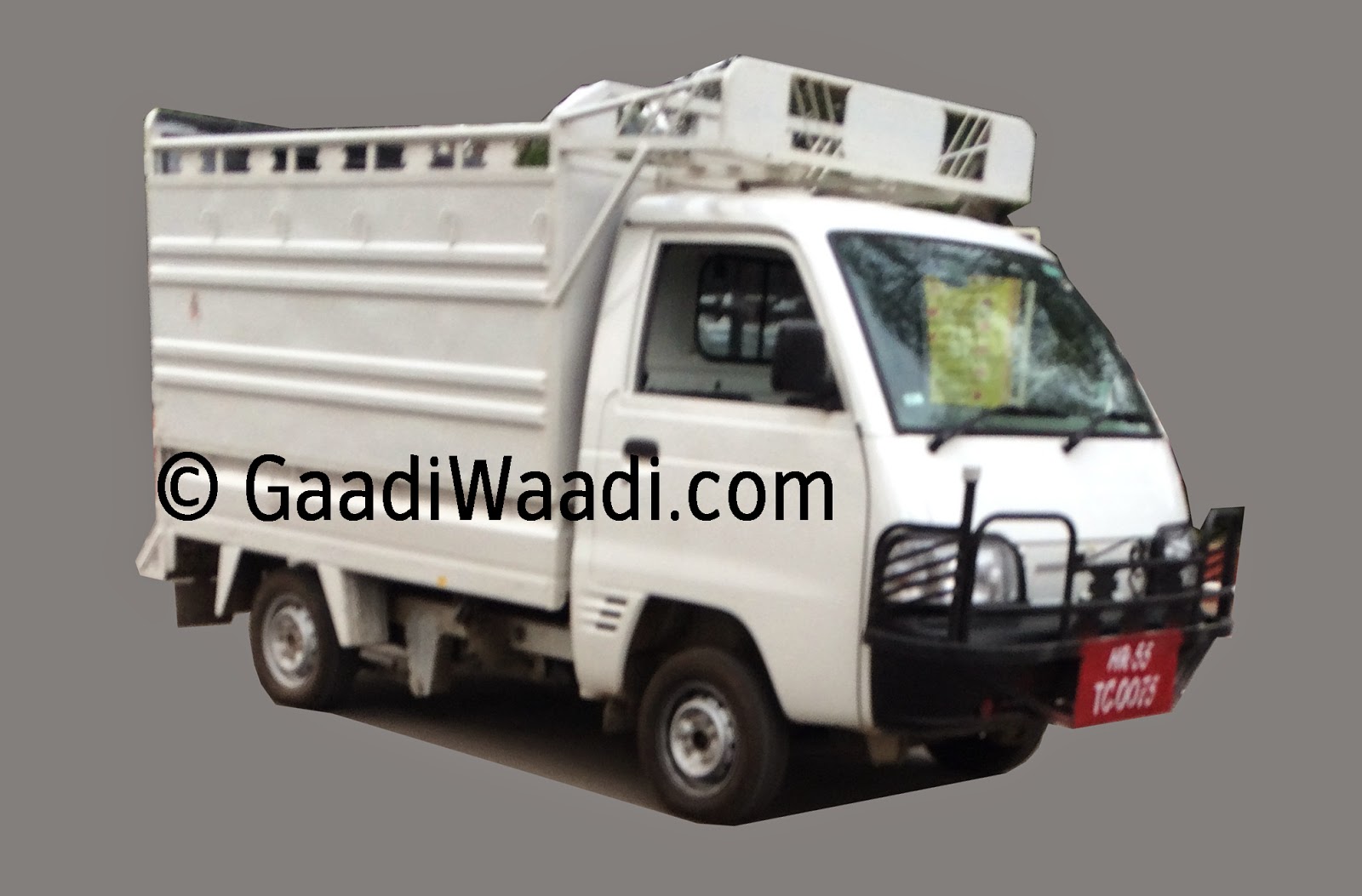 Maruti Suzuki is busy doing a lot of things. At the one end, they are launching newer and fresher products in the passenger car segment, and at the other, they have eyes set on the lucrative commercial market of India.

And, as we already know, they are foraying into this segment with their first ever LCV (Light Commercial Vehicle) codenamed as Y9T.

The word on the wire is that this is not the first time Maruti is planning to venture into the LCV segment. In fact, way back in the early 80s the company was contemplating the idea of launching the Suzuki Carry (with which the Y9T shares a lot of resemblance) in India, but for some reason the idea did not materialize. And now so many years later, the company has decided to take on the likes of the Tata Ace (which has already sold more than 1.5 lakh units) and Mahindra Maxximo (which is also about to get a facelift)

We have seen quite a few spy shots of the Y9T with just the carrier but for the first time Gaadiwaadi.com have a few pics of the mini-truck with a fully fabricated body. The mini-truck uses a lot of boxy design philosophy. Just look at those rectangular tail lamps (or even headlamps) and you will know what I mean. The tyres seem to be very small as well. 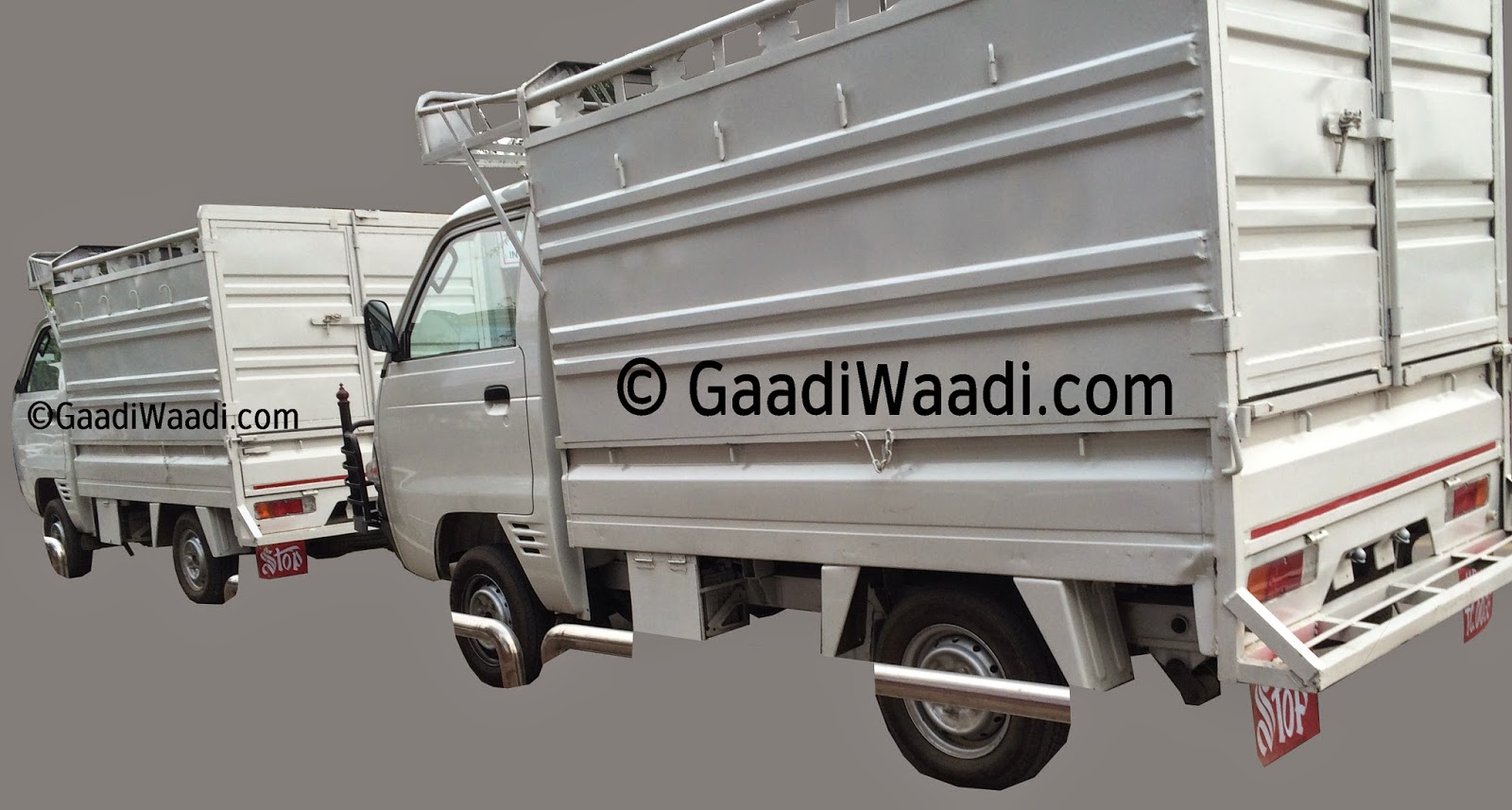 Expected to be launched by March 2015, the more interesting thing about this vehicle is its engine. Y9T will be powered by an indegeniously developed  800cc 2-cylinder diesel engine which will also find home in the upcoming Celerio diesel (to start with). And Maruti may use the name Carry in India as well.