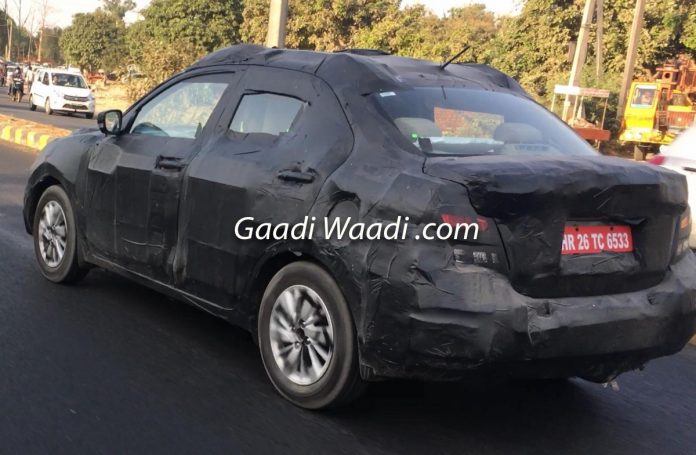 The country’s largest selling compact sedan is aiming to become more ‘Dzire’able! With the car set to enter a new generation soon, spyshots of the upcoming car have started coming in. While an official unveil is far, the camouflaged images of this mule shared by Gaadiwaadi reveal several interesting bits. Expect the new Dzire to hit the market sometime next year.

The images reveal a very muscular body. The front end, although heavily covered with camouflage, seems to be a new design. Inspiration of which has been borrowed from the upcoming Swift hatchback and the Ciaz. The hatchback version though is expected to be unveiled at Geneva Motor Show next March.

Powering the car is expected to be the same 1.2-litre petrol and 1.3-litre diesel. A few media houses have talked about the possibility of Suzuki’s indigenously developed 1.5-litre diesel mill but that seems unlikely to happen anytime soon. Transmission options will include a manual, automatic and an AMT unit, just like the one seen in the present generation model. 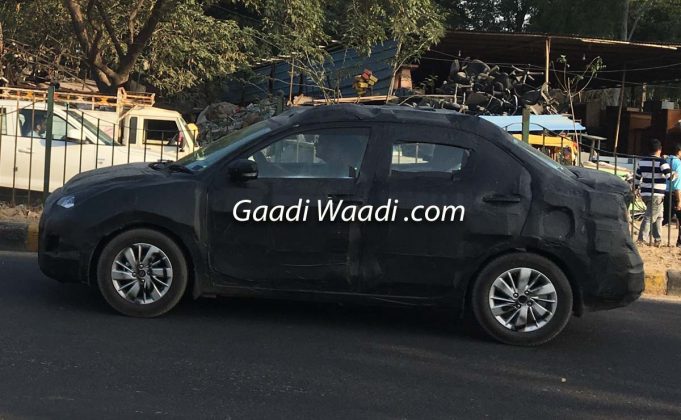 The Swift Dzire, although misses out on a high-end music system right now, in the new avatar can gain a touchscreen infotainment system. This may be the SmartPlay system seen in the premium cars like the Baleno and Ciaz. Other features will include dual front airbags, ABS, EBD and keyless entry.