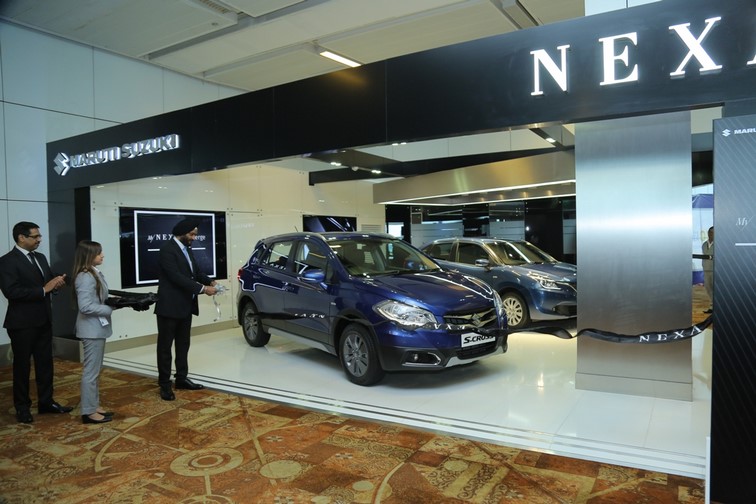 Buying a vehicle is not just about purchasing one but considering several other factors. While in cities like Delhi, parking is a consideration, a pan-India consideration is after sales service. That is one major factor on which the Maruti Suzuki has been collecting numbers on. However, the 2016 India Customer Service Index study has another player this year which deserves attention. Honda!

Maruti Suzuki has topped JD Power Asia’s 2016 India Customer Service Index for the 17th consecutive time. Honda has become the joint holder of the top slot. Last year they was placed in the second slot with 880 points. This year, Maruti and Honda scored 901 points each. Now yes, Honda’s feat is commendable but let’s divert some attention to Maruti. 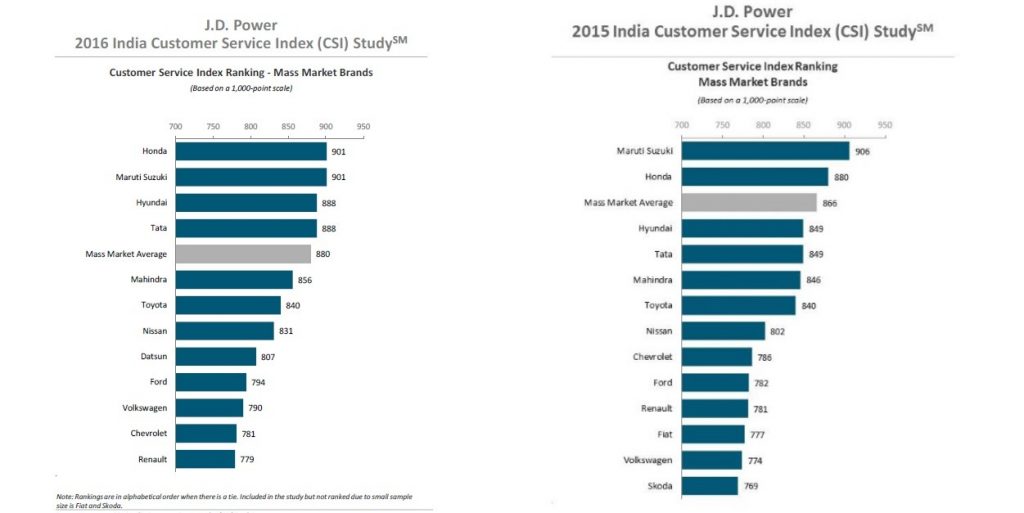 The country’s largest car maker and seller averages more than 1 lakh unit a month. Its strong sales and service network is the largest in the country. Maruti loyalists swear by it. The after sales factor boosts the sales volumes directly. Maintaining a huge network catering to such a huge market size is a feat unimaginable and hats off to Maruti for doing it for 17 straight years!

The market average stood at 880 and both Tata and Hyundai scored above that with 888 points in their kitty each.Chevrolet’s ranking has dropped down and it has reached the second last peg with 781 points. Renault however sticks at the last point with 779 point. In fact, its tally has dropped down from 781 points last year. 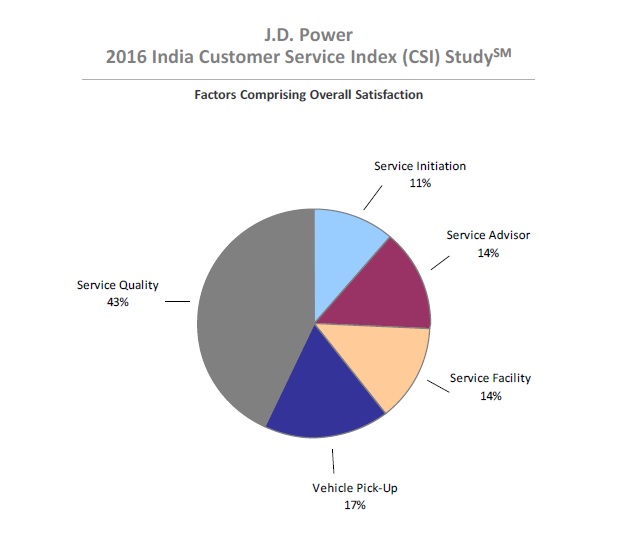 It is however sad to see that 11 percent of the public, which was a part of the survey, still complained that their vehicle wasn’t washed or vacuumed before being returned after a service. The 2016 India Customer Service Index study is based on responses from 7,843 new-vehicle owners who purchased their vehicle between May 2014 and August 2015. The study was fielded from May through August 2016.