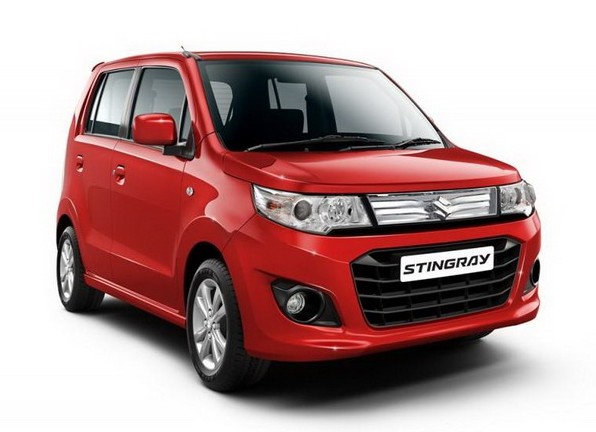 AMT or Automated Manual Transmission is the ‘in’ thing these days. First introduced in a passenger car by Maruti (on Celerio), the company has now two models on offer and both of them have been received very well and are running on high waiting periods.

And the company is already on its way to plonk the same gearbox on another large seller – WagonR. However, according to a report on Autocar, the regular version of WagonR will NOT get the AMT gearbox, and instead this Auto Gear Shift technology (that’s what Maruti calls AMT) will only be offered on the Stingray, the more premium version of the car.

The Stingray uses the same 1.0L K10 engine displacing 998 cc and churns out 68 PS of power at 6,200 rpm (200 rpm higher than the Celerio and new Alto K10) and 90 Nm of torque at 3,500 rpm. The Stingray claims a rated fuel efficiency figure of 20.51 kmpl. Yes, though there is nothing really ‘Stingray’ish about the car, but that’s Maruti’s naming convention for you!

It is expected that Maruti will bring the same engine tune which it uses on the Celerio, thus increasing the fuel efficiency to about 23 kmpl.

Maruti sources its AMT gearboxes from Magnetti Marelli, which provides them with 3,500 units a month. The demand for AMT versions is much higher than this and to tackle the increasing demand, Maruti has asked the company to increase the supply to 5,000 units a month. There are also words that Magnetti Marelli will open up a manufacturing unit in Gurgaon to facilitate things smoother.

We hope Maruti will launch the WagonR Stingray AMT with an option of airbags and ABS.