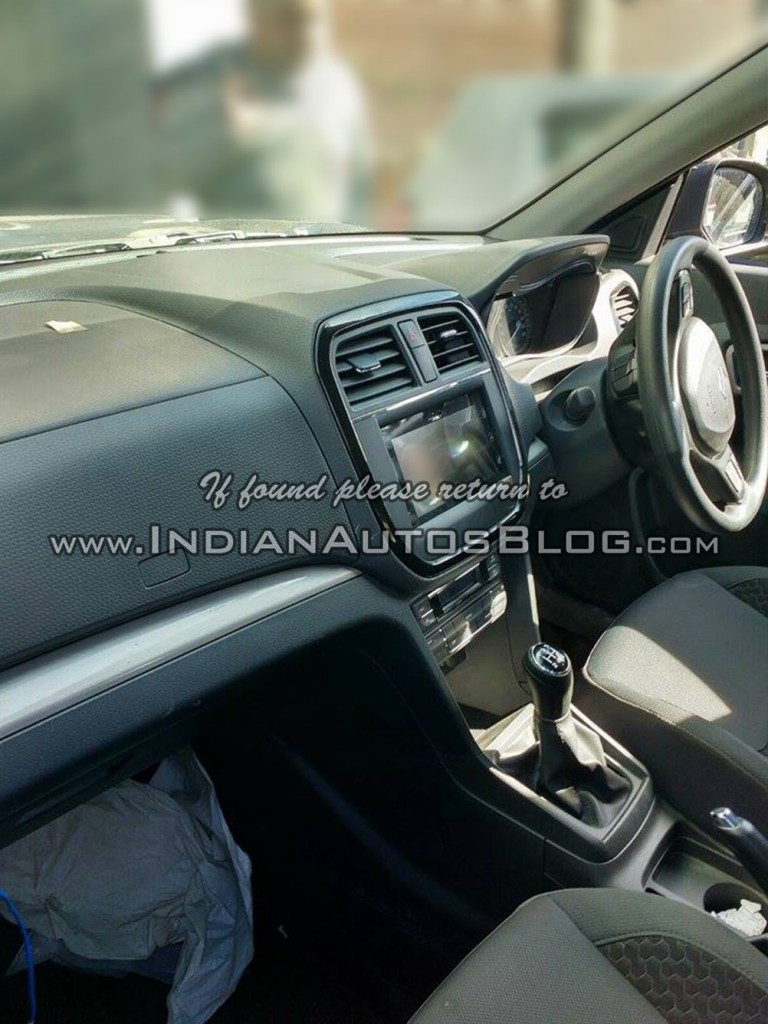 After the recent launch of the S-Cross, Maruti Suzuki’s second charge on the SUV segment is going to be in the smaller sub 4 meter compact SUV segment with the new YBA (codename) aka Vitara Brezza! While Brezza appears to be a far cry from the stylish XA-Alpha Maruti showcased at the Auto Expo 2012 in terms of the external design, the company has played safe with the interiors as well.

The SUV has been recently spotted by an IndianAutosblog reader in Shimla and spy pictures reveal the interiors of the upcoming EcoSport-rival for the first time. The layout is basic and simple and there are no fancy curves or edges anywhere. The good thing is that it presents an uncluttered look. Presumably the top end trim, the test unit flaunts the new touchscreen SmartPlay infotainment system which gets support for Bluetooth, Apple Car Play, streaming and navigation. It also serves as a display for the rear view camera. 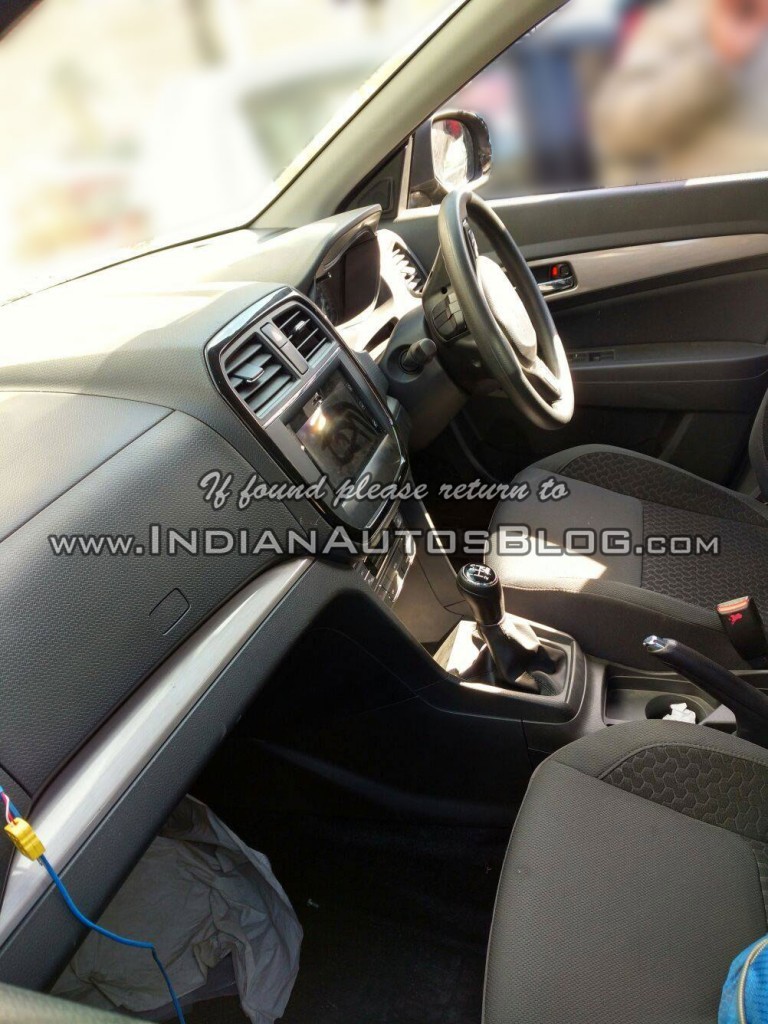 The black dashboard gets a small grey streak which removes the monotony. The switchgear reminds us of the new Swift and the overall design is conservative. 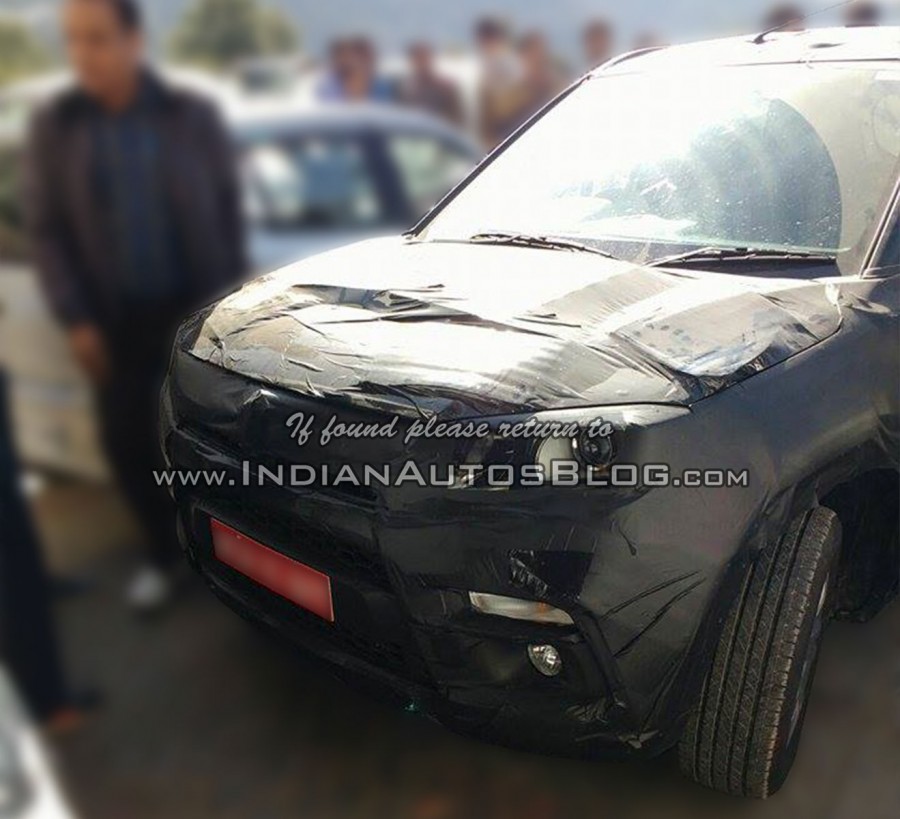 Brezza will borrow the 1.2 liter petrol and 1.3 liter diesel engines from Swift but we have the confirmation that the DDIS mill will be offered in the higher-powered 90 PS VGT trim (75 PS may or may not be present). A 5-speed gearbox does duty on this car but we expect an Automatic/AMT gearbox sometime later (after launch). The most interesting bit, however, is the projector headlamp which has been spotted for the first time. 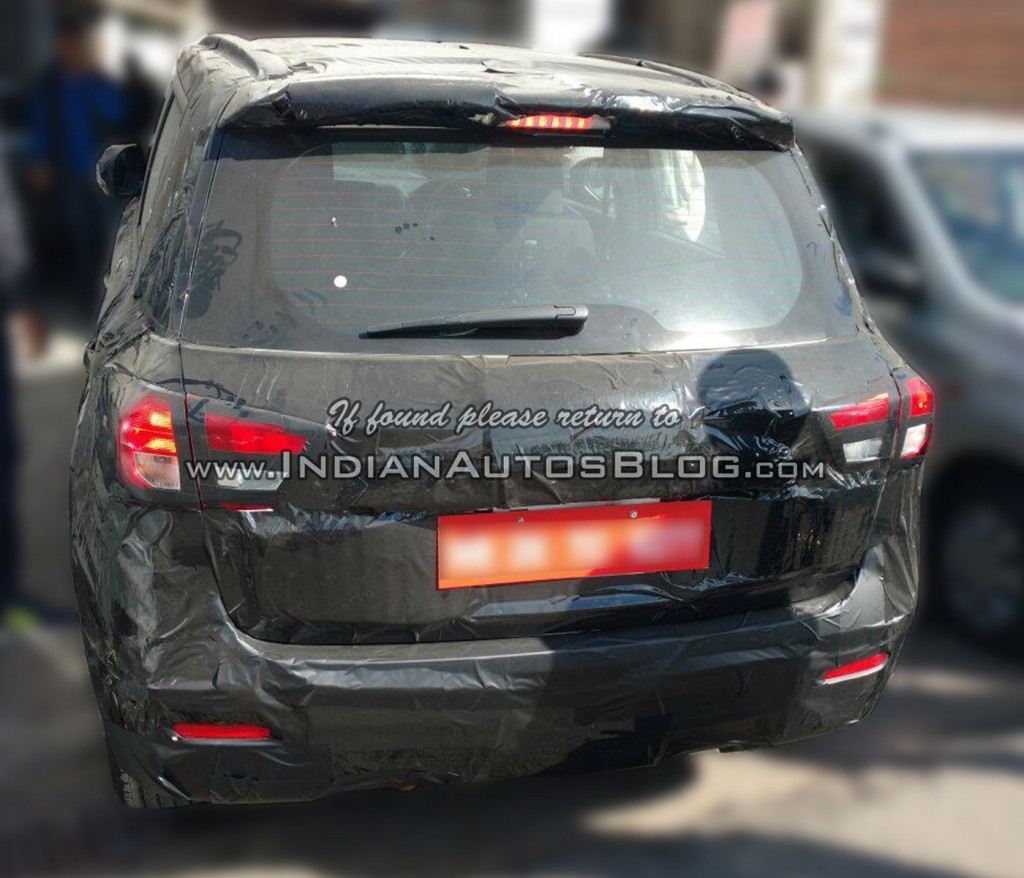 It will also get an automatic climate control system and we expect it to be lighter than EcoSport. Maruti is expected to unveil the Brezza at the Auto Expo in February 2016 with the possibility of its price announcement as well.