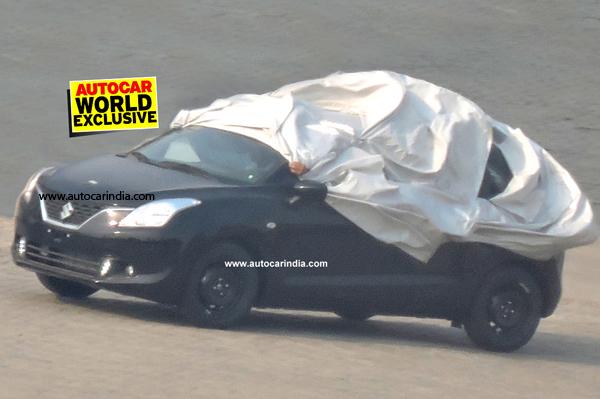 ‘YRA’ is the new buzz word in town! This is the codename of the new premium hatchback from Maruti Suzuki which will sit over their current best-seller Swift. It will be a global car and its frequency of spottings suggest we may be up for a surprisingly closer launch.

After numerous sightings, new details about its powertrains have started making waves. According to a speculative report at Gaadiwaadi.com, the YRA hatchback’s headlamps will be similar to Swift (which we already know now). They further claim that YRA will be powered by an all-new 1,242 cc VVT petrol mill which churns out a maximum power of 94 PS and a rated fuel efficiency figure of 20.1 kmpl (only slightly less than Swift’s 20.4 kmpl from a smaller and slightly lower powered motor)!

Now this is where the confusion starts if this report gets true. All these days it was known that Suzuki was working on a new 1.0 L turbocharged petrol mill K10C to counter Ford’s 1.0L EcoBoost mill. So is the YRA not getting this engine? Or just the Indian version is not getting it? Or, the YRA will get two petrol engine options? Or will it get this option later..? We are unsure at this point!

Moving to the diesel engine, it will be the same good old 1.3 L DDiS motor sourced from Fiat. Now while the report claims that it will come in the VGT form and will produce 90 PS of power, our sources have told us that there will be the regular FGT 75PS version on offer (Whether it will be in addition to the 90PS we do not know yet!).

Maruti Suzuki has so far kept mum about the YRA and we do not expect them to talk too much till we get closer to the launch time frame. However, we suggest you to consider these engine details as rumors at this point of time.