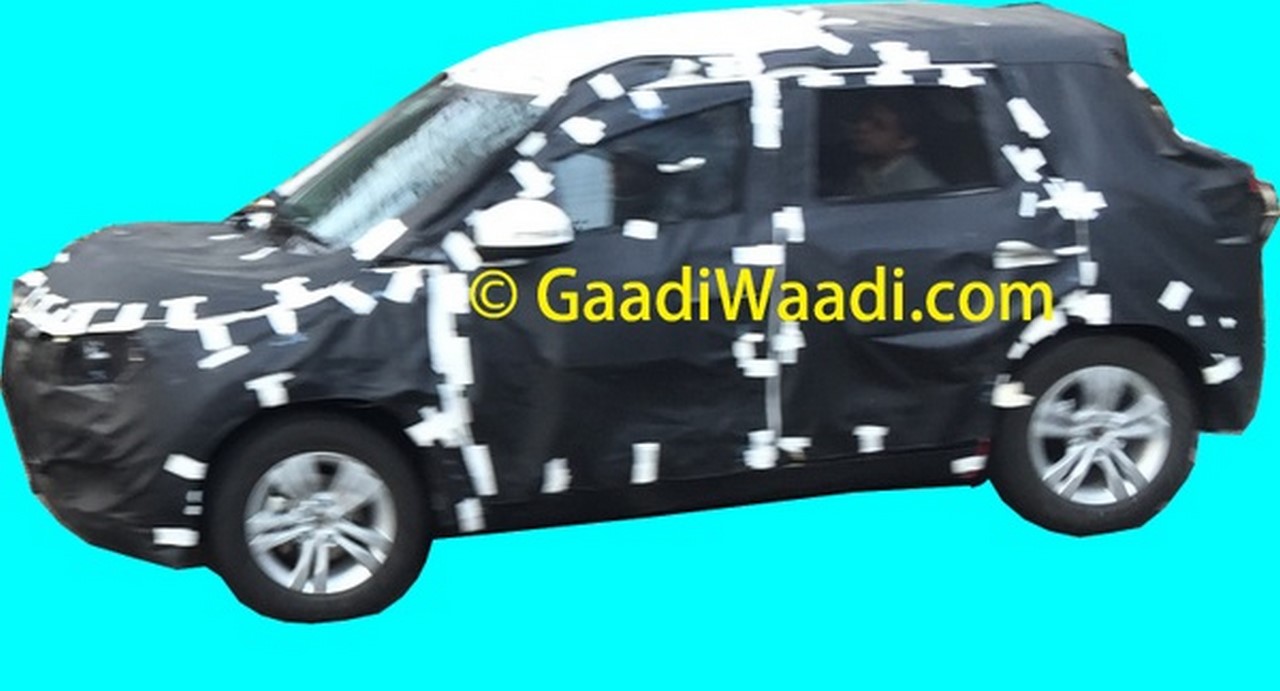 Maruti’s upcoming EcoSport challenger, YBA (codename) compact SUV, has been snapped again, this time covered to the brim by the folks at Gaadiwaadi.com. 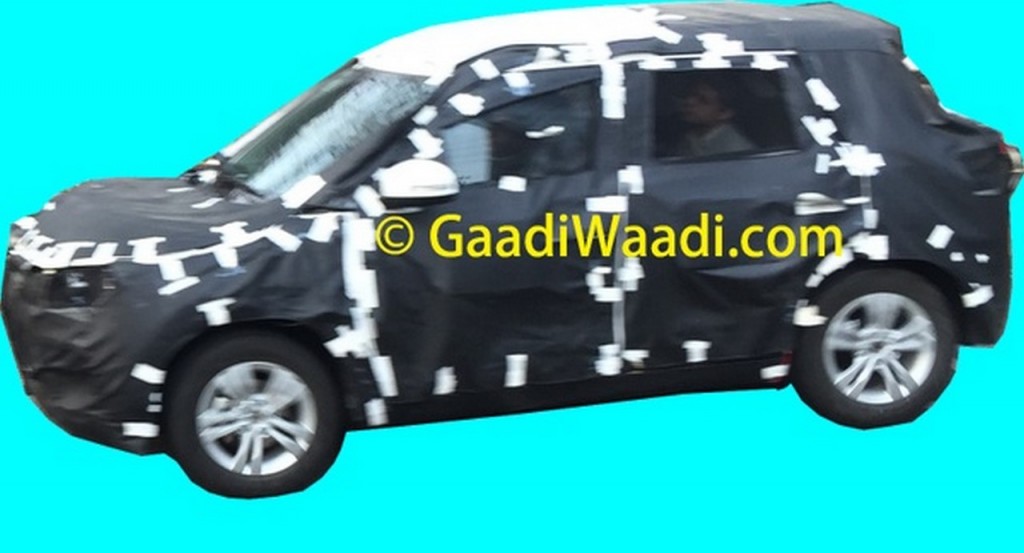 YBA, based on the XA Alpha concept which Maruti Suzuki showcased way back in 2012, may also have some resemblance with the Suzuki’s upcoming concept iM-4 which will be showcased in Geneva next month.

YBA’s proportions appear to be minimal or let us say almost EcoSport-like going by the pic and we can also notice rear occupants inside this test mule. The alloy wheels are just your daily dose but the face appears to be aggressive. Interestingly, the rear has a protrude and there is a possibility of YBA coming along with an exposed rear-mounted spare wheel to lend this mini-SUV a rugged look.

Apart from this, there is not much we can notice from this spy pic. Autocar has earlier reported about the possibility of Maruti Suzuki using a new 1.5L diesel engine (variant of 1.6L Multijet from Fiat) which may churn out 100+ bhp of power but only if it gets ready by YBA’s launch otherwise it may just be the 1.3L DDIS. The petrol is expected to be the 1.2L K-series from Swift, possibly in a more zesty avatar.

Reports also suggest the possibility of Maruti Suzuki offering AWD (all-wheel drive) AllGrip system on the YBA which will make it one real interesting prospect in this soft-roader segment and provide an upper hand from EcoSport. Launch is expected sometime early next year.