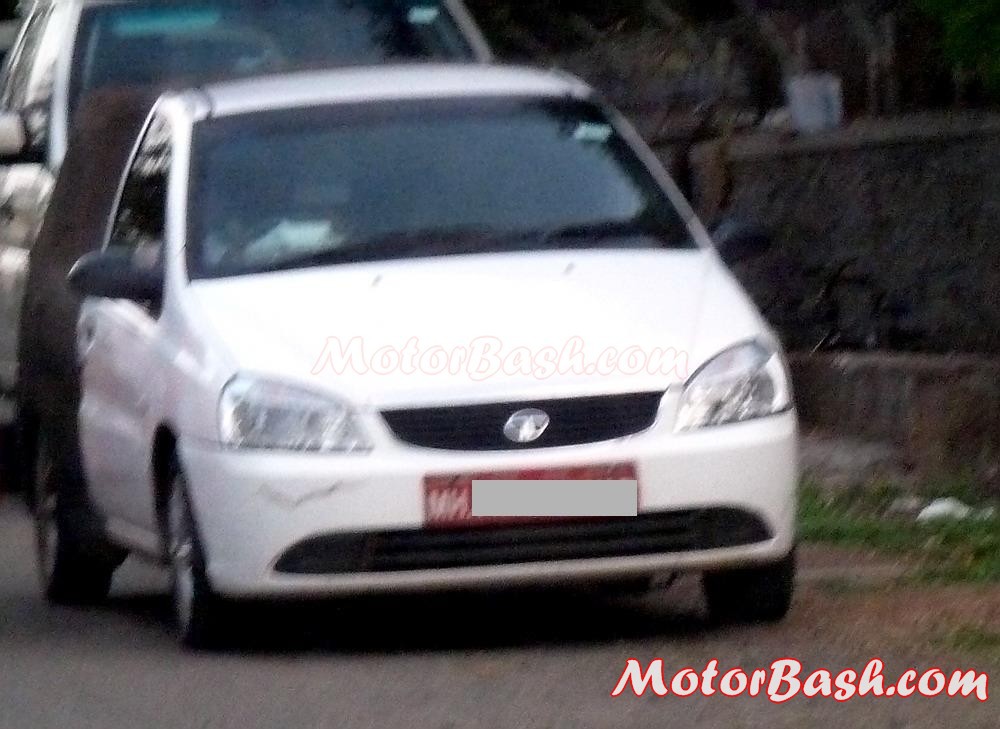 Tata has been testing its Indica XL CR4 for a long time now. Indica XL CR4 would be one of the easiest to find upcoming cars in the country now.

We ourselves have caught the car umpteen number of times and it just continues to roam around the TATA plant in Pune and a few other places. It seems there are at least two test mules that are currently plying on roads – the maroon colored one and this white colored one which looks like a higher variant. However, the rear masking just do not go off!

It is almost certain that this is not an MPV and would carry a seating capacity of 5 as the normal Indica/Indigo. However, there is expected to be acres of space inside and this would probably go on to become one of the most preferred cars for cabs and taxi market.

We caught this car along with a Safari Storme and Indigo Manza. Regarding this car, TATA is just not talking about it and there is no information on when would this product see day of light!

Here are 8 pics of the car