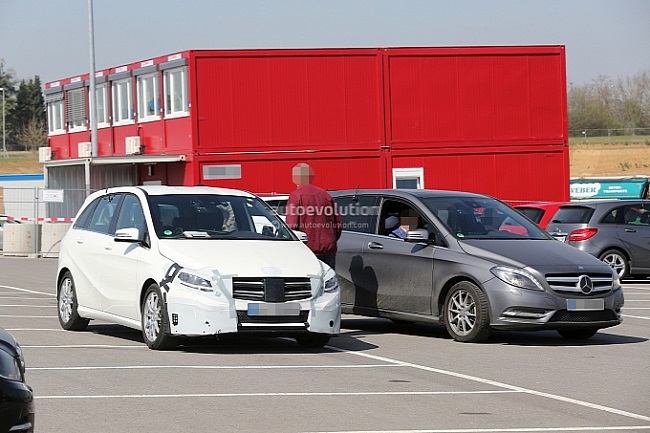 The Mercedes Benz B-Class, which the company calls as Compact Sports Tourer, is one of the few front wheel drive cars by the German luxury carmaker. Mercedes seems to be readying the car for a mid-life cosmetic upgrade after the current-gen was introduced at the Frankfurt Motor Show back in 2011.Mercedes launched it in India last year in July.

The new B-Class facelift has been spotted testing along with the existing model by the folks at Autoevolution.com. Mercedes brings its current design philosophy to the B-Class as well, the headlamps cluster being the first to face the operation table. It also gets a more prominent front grille and a re-designed front bumper. The tail lights are also believed to have gone a change. The rear bumper has the exhaust integrated to it much like the new C Class. 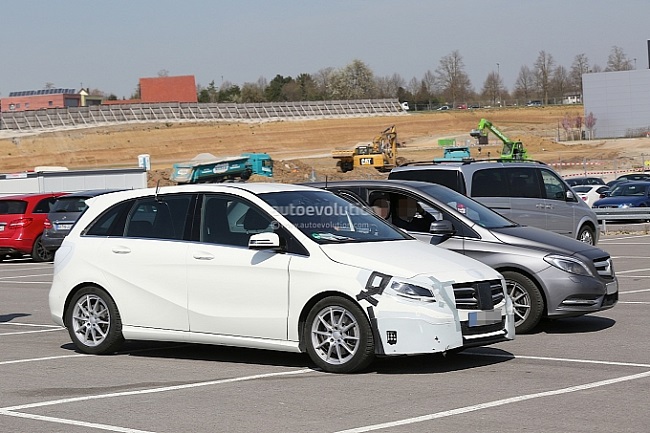 No word on the motors yet but we believe Merc may continue offering the same set of engines which power the current gen car.

Mercedes does not have any direct rival to its B-Class except for the upcoming BMW 2 Series Active Tourer, announced in February 2014. It would be a very intriguing scenario when the Bavarian giant brings it to India and pit it against the B Class. 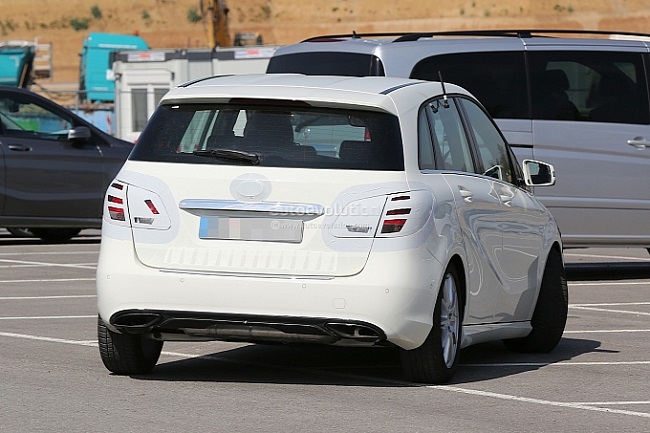 The launch or unveiling date is also not known yet but expect it to make way sometime during the Frankfurt Motor Show in September or 2015 Geneva Show. Like what has been the case earlier, we expect Mercedes to launch the new model in India as soon as it gets its international faceoff. We won’t complain Merc 😉