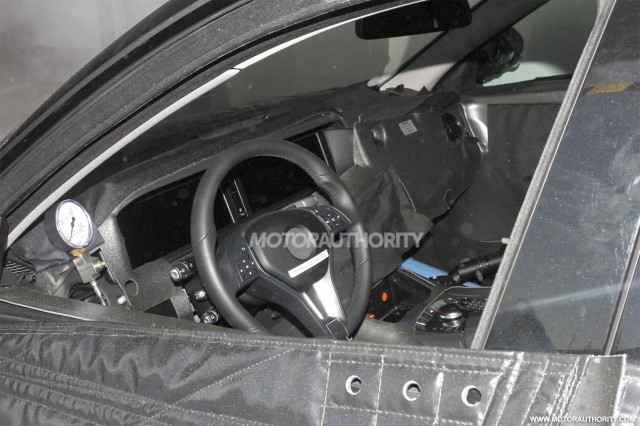 A German auto website, mercedes-fans.de has spotted the Next Gen 2013 Mercedes Benz S-Class Flagship Sedan wearing least camouflage gear, code named as W222. From the photographs it is clearly seen that the new S-Class is distinctive from its predecessors. Bigger and upright grille, swept-back headlights with LED DRL (Daytime Running Lamps), LED Turn Lights on top of the headlights are some of the features that can be made from the photographs.
The new S-Class seems a bit longer than the existing models. The new models are supposed to come with two body type option, standard and the long wheelbase version. The body work has gone through a complete re-design process which results the new body-lines and relatively muscular looks. The interior of the car seem to be inspired from the F800 Concept, to compete with new A8 and 7 Series. Rumors are around, stating that a convertible version of the New S-Class is under development.

This Next Gen S-Class is supposed to be seen at the last quarter of 2012 and expected to come to India during mid or later half of 2013.

As the Mercedes Development Director, Dr. Thomas Weber said earlier, Plug-In Hybrid Concept might also be offered with the New S-Class. This concept works with a New Gen 3.0 Litre V6 Gasoline Engine, featuring Direct Injection and Piezo Injectors, integrated with a 60 HP Electric Motor. In Electric Mode, the car can run upto 20 miles at speed of upto 109 kmph. This technology can return figures like 81 mpg (2.9L/100km), taking fuel efficiency a level higher. A 9-Speed Automatic Transmission might also be mated with the engine to achieve more fuel efficiency.

Some of the advanced features of the car are:

Magic Body Control: Dynamically adjusts the suspension according to road condition based on inputs of two small cameras that scan the road surface in a continuous manner.

Magic Light Control: Adjusts the LED lights depending upon the changes in weather, car’s current speed and steering position. Mercedes has also developed The Human Machine Interface (HMI) to add some more features with the on-board electronics.
Are you ready yet to welcome this mighty machine?