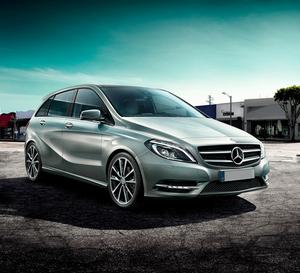 As a part of their expansion plans, Mercedes has started targeting smaller tier-2 and tier-3 cities in India. Mercedes India opening their first showroom at Lucknow is just an example.

This is the first ever dealership in Lucknow as well as Uttar Pradesh.

Mr. Debashis Mitra, Director, Sales and Marketing, Mercedes India, said: “Growth is now from tier-II cities. So called smaller towns have seen rapid growth over the last few decades and their consumption pattern is also changing now with prosperity being sustained over a longer period of time”.

According to Mr. Mitra, the company came to know about the demand of luxury cars and the potential of buying them within Lucknow and  surrounding areas during the “Pure Fascination” campaign in 2010. “We already derive substantial sales volume from Lucknow and adjoining cities and thought that taking a dealership to Lucknow would help us expand our network and reach out to customers much nearer to their homes”, he also added.

Mr. Neeraj Agarwal, MD of  SRM Smart Hoops Ltd, the dealership said that the dealership will display the entire line-up of Mercedes Benz luxury cars. The newly opened dealership aims to sell 50 units of vehicles in this fiscal and plans to double the number by next fiscal.

With some really volume-targeted products lined up like the A-Class and B-Class and their aggressive future plans do you think Mercedes can get back its lost glory?