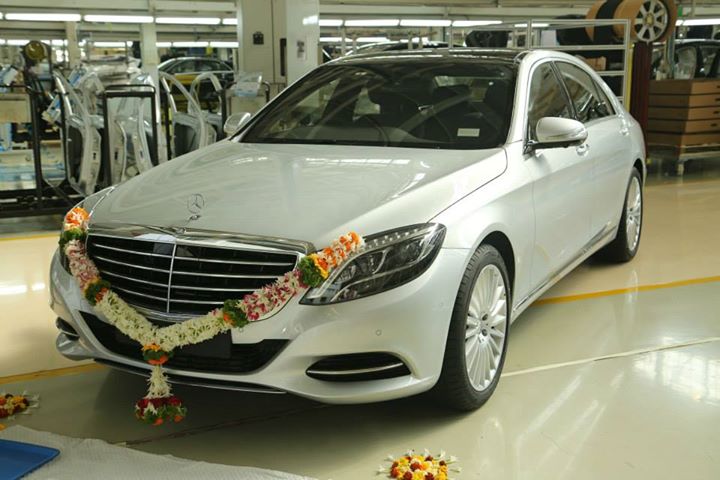 When Mercedes launched the 2014 version of its flagship S-Class in the country earlier this year, the first allocation of 125 cars were sold out in just 16 days! Obviously motivated by such vigorous Indian embrace, the German decided to initiate assembling the CKD kits of the S-Class at its Chakan facility near Pune.

As we speak, the news is streaming in of Mercedes reducing the asking price for its new 2014 Mercedes S-Class S500. The price now stands at INR 1.36 crores, which is almost INR 21 lakhs less than the CBU version of the same car, which was on sale till now. Rejoice! 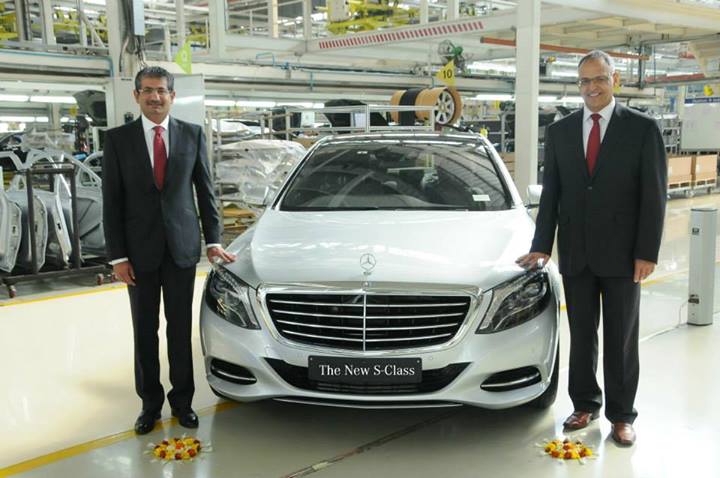 At the January launch of the completely built units (CBU) 2014 S Class, the luxury saloon was priced at INR 1.57 crores (ex-showroom Delhi). At the present time, the waiting period for the S Class is about 3 months from booking to delivery, which is expected to shorten as the production picks up at Chakan.

Currently, only the 4.7-liter V8 twin-turbo petrol variant is being assembled here. This petrol variant belts out 450 PS of peak power output between 5200 to 5500 rpm and 700 Nm of earth-shattering torque at 1800 to 3500 rpm. The V8 comes married to the 7G-TRONIC PLUS 7-Speed dual-clutch gearbox capable of pushing this rather hefty saloon to a top speed of 250 Kmph (I am sure it must be limited). The 0-100 kmph stands at an impressive 4.8 seconds.

The launch of Mercedes S Class diesel is awaited and it could come in the form of V-6 turbo-diesel or even a four-cylinder diesel-hybrid boasting of surprisingly low fuel bills.