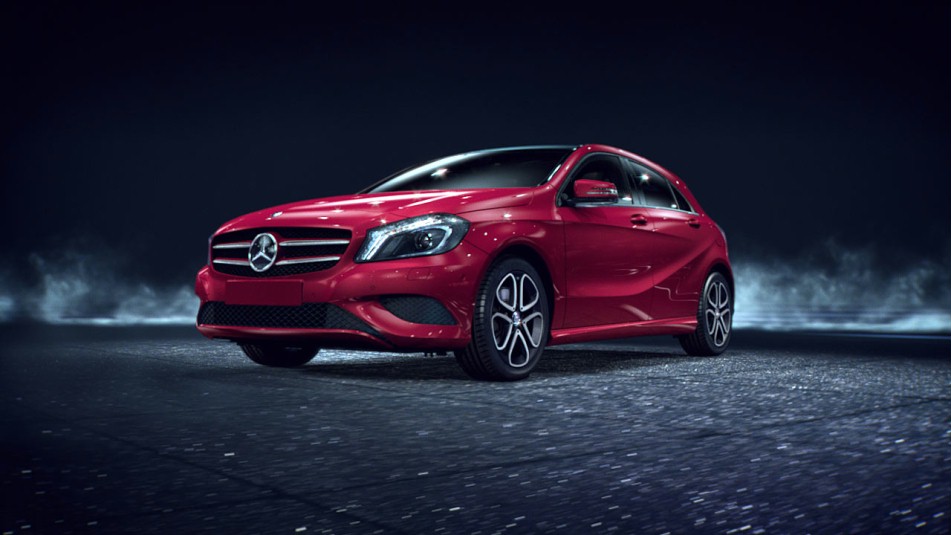 Through our exclusive spyshots back in November last year, we revealed that Mercedes is testing their smallest A-Class hatchback in India, for India. And here we have a possible launch month to talk about. According to a tweet from NDTV’s News Anchor and Editor, Siddharth Patankar, Mercedes is all set to launch the A-Class in India in May 2013.

He further claims that this is an advancement of as many as 3 months from the original schedule. Expected models for India are claimed to be A180 in petrol and diesel in Automatic transmission. Further Siddharth also says that the car might be a bit pricey. Now, we all are expecting the A-Class to make way into India around the 17 Lakh starting price band. Hope it doesn’t go much higher if et all!

Mercedes A-Class will form a new segment of luxurious large hatchbacks and since there are a few others planning to join the party the German auto major will want to capitalize as much as possible and gain the first mover advantage.

Interestingly, Mercedes is also scheduled to launch the big GL350 in India on May 16. Chances of back to back launches of two important products are a little low, but who knows what is in the mind of the Mercedes’ top honchos.

So let May strike!

2 thoughts on “Mercedes’ Most Affordable A-Class Hatch to Bow in Next Month in India?”