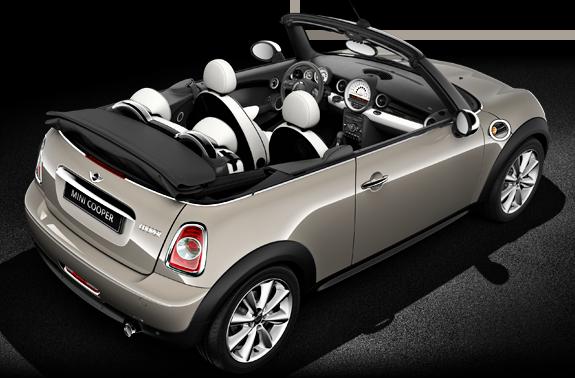 The extremely famous and iconic Mini Cooper has been launched in India at the Auto Expo 2012. The company which is owned by BMW would bring 4 models to India currently starting 25 lakhs going all the way till 32 lakhs. Agreed it is not cheap but its one of the most desired things on 4 wheels…!

The models which would be launched by the company are:

A twin-scroll turbocharger in the MINI Cooper S provides lasting thrust in sprints and over long distances. And thanks to Overboost, it produces up to 240 Nm of torque. More than enough for pure driving fun. But there are some things you simply can’t get enough of.

Now the MINI Cooper S shows its true strength with a maximum of 260 Nm during Overboost:
The twin-scroll turbocharger provides thrust, during sprints and marathons alike.
We’ll be hearing a lot more about this 184 hp (135 kW) engine!

The unique convertible go-kart handling turns even the shortest trip into a full-blown adventure
– thanks to the low center of gravity, short overhangs and powerful 1.6 l engine.
With fully variable valve timing, the only thing it holds back on is fuel consumption.

With its distinctive raised rear end, twin tailpipe and upward-opening tailgate, the MINI Cooper S Countryman adds an exciting note to extend the design spectrum of the MINI line-up. And although it’s over four metres long, it can still be manoeuvred into a standard parking space with room to spare.