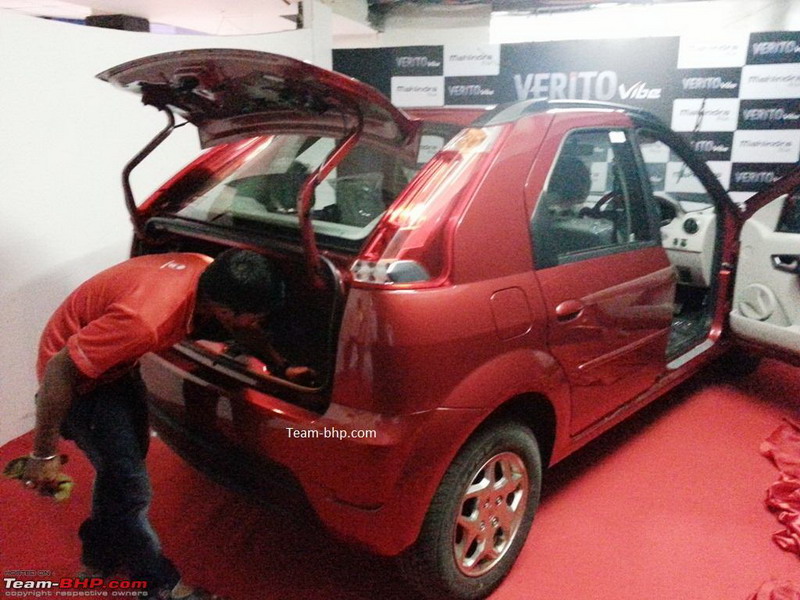 The Indian web arena works extra hard to get all the information on any upcoming car to its readers before an official announcement. We are minutes away from the official launch of Mahindra’s important Verito Vibe and we have a couple of pictures of Vibe’s open boot coming in from the venue. 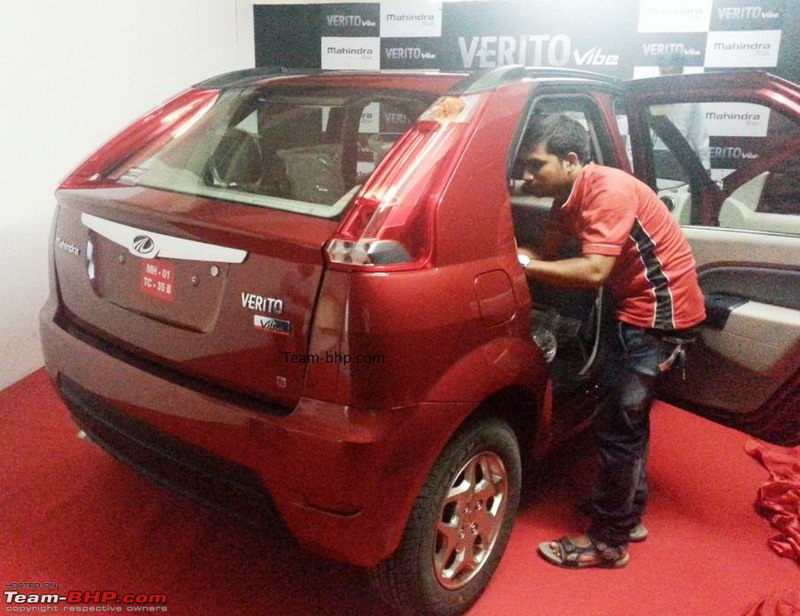 It has been spotted earlier and we know a lot about the car for sure. However, this one question about its trunk was unanswered. So, here are the pictures of Vibe, one of which also reveals the car with an opened trunk. So, the important observations here are:

Overall rear doesn’t disappoint as much as the initial spypics had suggested. Overall the car looks fairly decent with an arbitrary chop job. Mahindra has done the smart job of pushing the tail lamp cluster up higher. It now appears as an extension of the roof rails and gels in fairly well.

The alloys look sporty and the overall appearance of the car doesn’t seem to be a deal breaker in any sense. As we are writing this, our Mumbai correspondents are heading to the official launch venue. The launch starts at 1pm and we will keep you updated about all what happens at the venue including the much anticipated price!

For our complete coverage of Verito Vibe, Click here