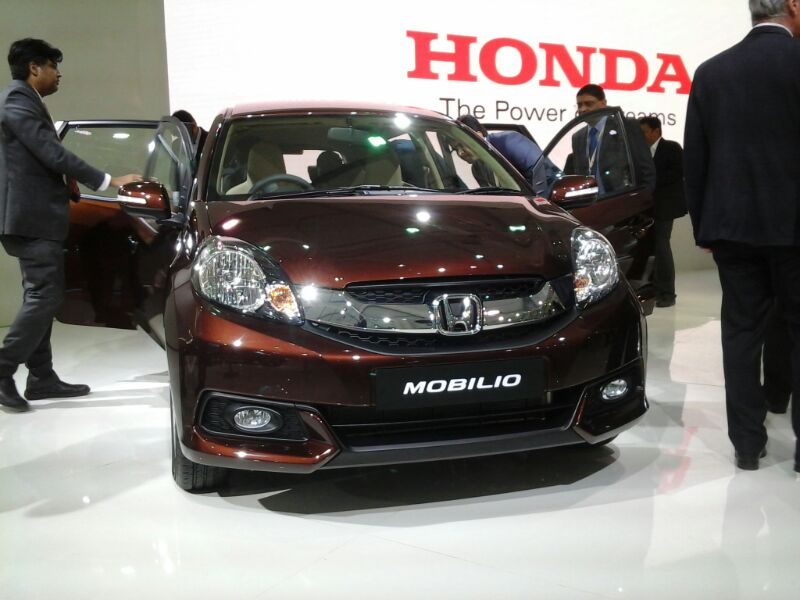 As Honda’s upcoming 7 seater mid-size Multi-Purpose Vehicle (MPV), Mobilio is nearing its launch in India, the company has started actively campaigning about it on various social networking sites.

After teasing and officially updating about Mobilio at their official site a few weeks back, they have uploaded a video on their YouTube channel and their Facebook page where they have highlighted the main features of the Mobilio.

Even though it is based on the Brio platform, Mobilio appears to be pretty spacious. Like Amaze, the smart cabin packaging continues on the Mobilio as well. The portion below the dashboard has been restructured to create more leg room for the front passenger. Headroom also seems to be fairly decent and tall people should be able to sit comfortably. The rear passengers get three regular size air con vents embedded onto the roof panel. The light coloured trims inside give an illusion of a larger car.

Honda has also highlighted the high ground clearance however they have not listed the specifics. (At least one of) the mid-row seat is sliding and also has the reclining facility. Mobilio also has a ‘huge’ cargo carrying capacity according to Honda! While it may not be ‘huge’ by even hatchback standards, but it does appear to be better than Ertiga with all seats up!

The concave seats not only allow better leg room but add up to better boot space. The last row of seats can be folded to increase that. In terms of engines, it will definitely get the 1.5L i-DTEC diesel engine and is the most fuel efficient MPV in the making. 1.5L i-VTEC petrol from City will be the other engine on offer. Both manual and automatic (CVT) gearboxes are expected to be present.

Honda has cleared that this is a representational model only and not the India spec model, almost 99% of it is! They also say that the ‘Stylish’ MPV will be launched ‘in a few months from now’! While ‘Stylish’ it may not be, but it is expected to launch somewhere around July at an expected starting price tag of close to 6 Lakhs!