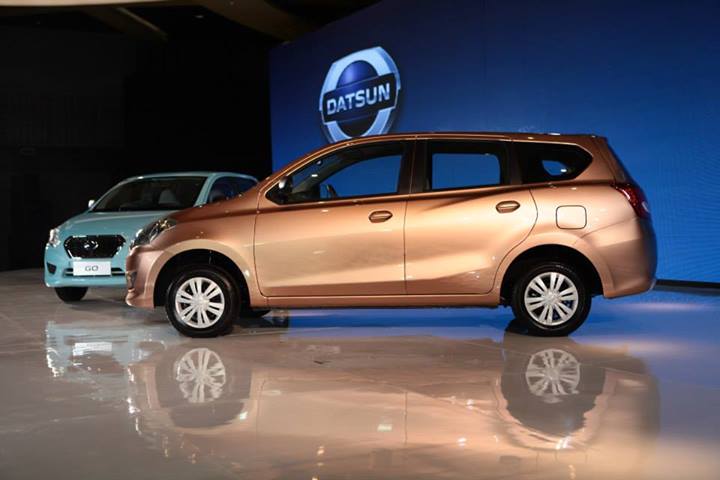 Datsun continues its growth curve around the world, as it has unveiled its second product in Indonesia. The second vehicle from the stables of the just-revived brand is an MPV called the GO+. Interestingly, the name speaks volumes about the product.

Coming to the name, it is a simple extension but very much accurate. It signifies that the Datsun MPV is just an extension or an addition over the GO hatchback from the same company’s stables. It is quite exact, as the GO+ MPV appears as if it has been stretched out at the rear. The wheelbase has been extended too, to avoid things from appearing disproportionate. Essentially, the Datsun GO+ is a seven-seater version of the GO hatchback.

We aren’t really saying that the GO+ MPV is the best looker around in town, but we must applaud Datsun for delivering what it promised. They have a stated principle of taking the joys of car ownership to a wider populace, and their (expectedly) interestingly priced products seem rightly made for that. Instead of getting cramped in a hatchback or a sedan, the Datsun GO+ is expected to allow a large family to travel together with relative comfort. 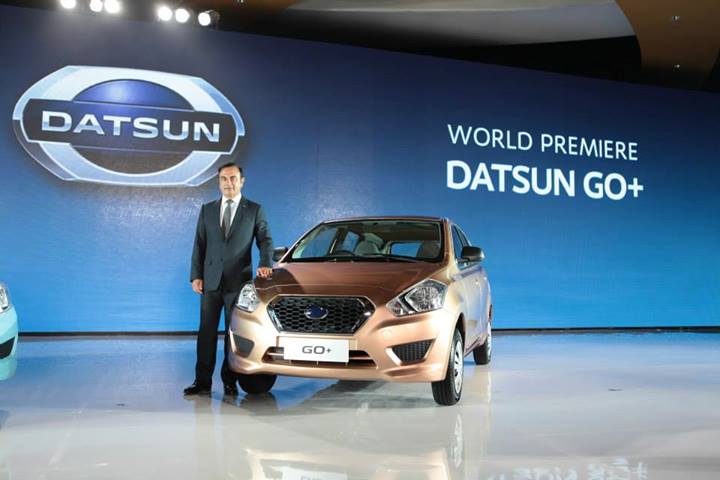 The GO+ MPV will be unveiled in India, some time after the GO hatchback makes way next year after the Auto Expo. At the moment, we can make no comments on the possible launch period.

The Datsun GO+ looks a tad flimsy, but we do feel it will be very functional. It’s interiors will also not be much to talk about, but they will be better than having nothing. The MPV will be powered by the same 1.2 Litre engine of the GO hatchback. This does throw some doubts on the agility of the car, but Datsun has said that the car will be lightweight and hence very maneuverable in cityscape.

Also helping it in this count will be it’s compact dimensions. The most important point is that the MPV is just short of four metres, and will hence qualify for excise benefits. Datsun has cleared that its products will revolve around the 4 Lakh price bracket in India. And if this MPV is included in that, GO+ will make for a stonker of a value preposition.

Whatever be the cost, we are sure of one thing, we are witnessing the upcoming most affordable MPV (5+2 seater) in the market. Datsun is confident of its success in numerous markets. Do you feel it will be able to hand a dent to Ertiga in the Indian waters??