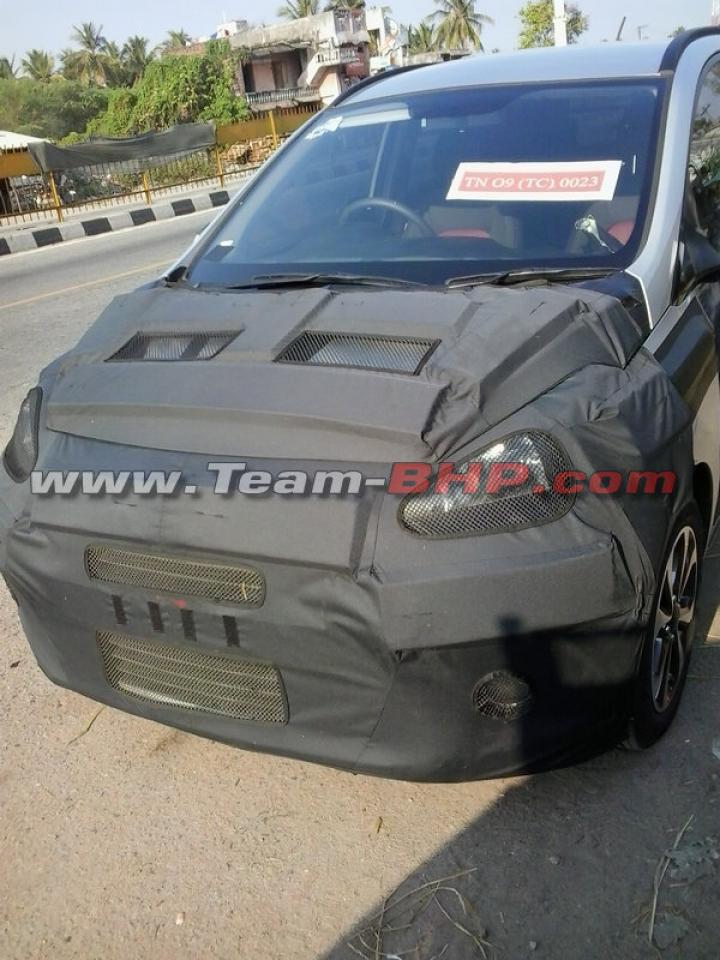 Hyundai has been aggressively testing the anxiously awaited Next-Gen i10 in India and internationally at the same time.

There have been many sightings which have been reported earlier from India. A new set of pics of couple of i10s are shared by Prabhanjan Tattar, a Team-Bhp forum member. The cars, all covered, were spotted at NH4 close to Chennai.

As with other new cars, Next Gen Hyundai i10 will also get the awesome fluidic theme which is also evident from the test mule pics. The alloy wheels on this car are interestingly flashy and the overall car also appears to be slightly bigger than the current version.

The biggest talking point about the new i10 is the 1.1L CRDi Diesel motor, which it will come with along with better tuned petrol engines.With this diesel engine i10 will become the cheapest and smallest Hyundai car to offer diesel as an option. Obvious cosmetic changes like modified grille, bumpers, air dams and other bits and a refreshed rear are clear from the pics. 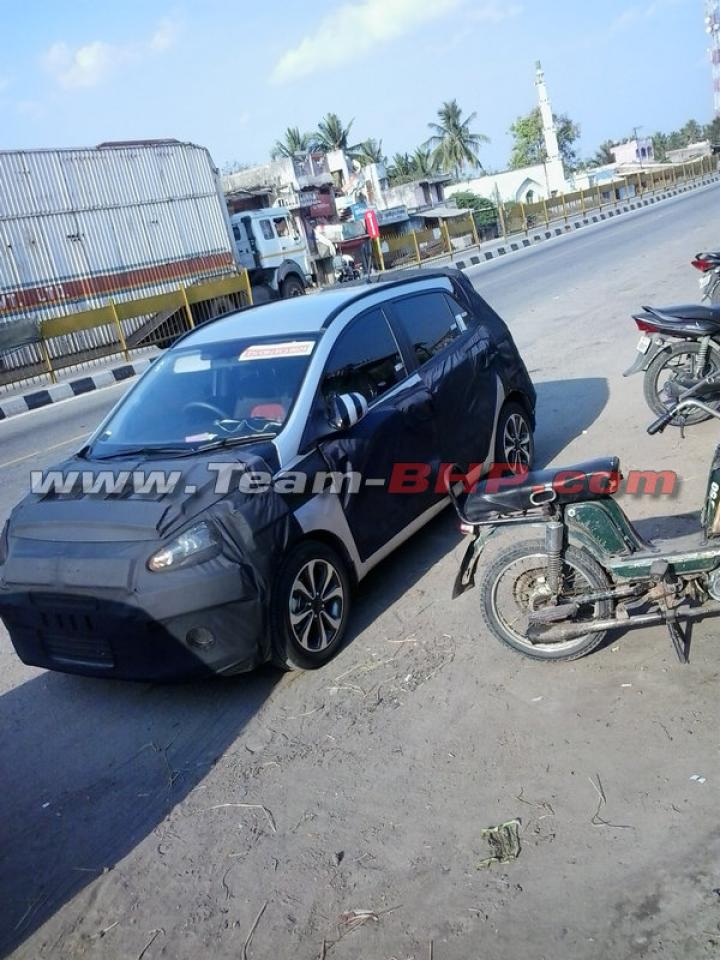 With its grown-up size, we expect the interiors to become more spacious and richer. We also hope the seats get adjustable headrests from the current integrated ones. i10 is already a real good seller considering that it is petrol-only car currently. With the diesel engine added to the line-up, there are all the chances that it will be a bigger threat for all the B-segment hatchbacks available in the country and a direct shot at Swift. 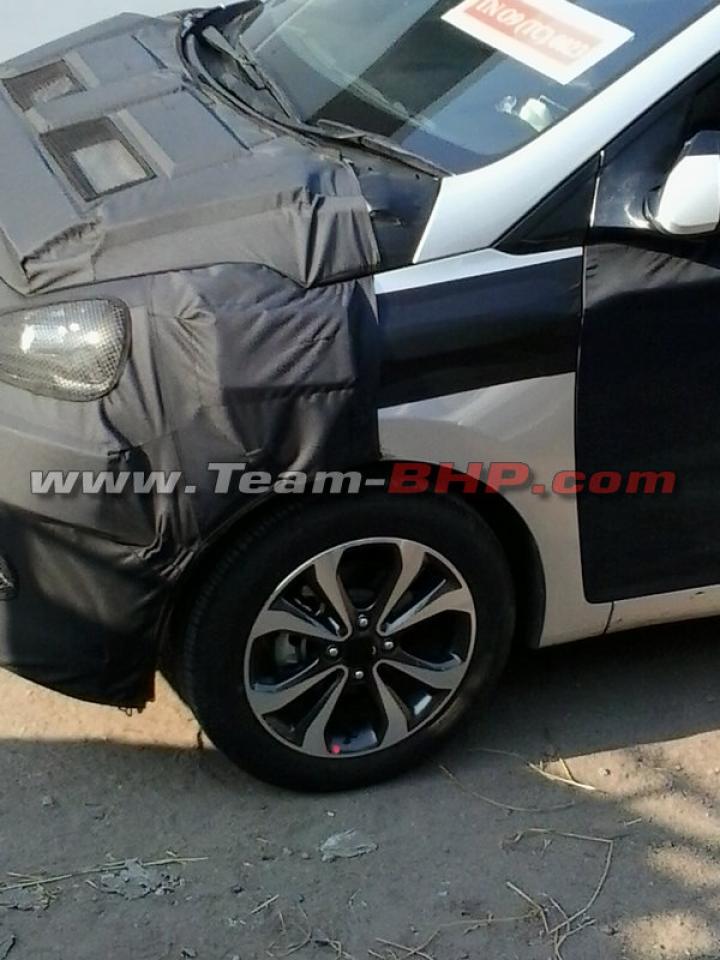 Hyundai will officially unveil this Next-Gen Hyundai i10 at Frankfurt Auto Show in September 2013 after which it will be put on sale. The possibility of it arriving in India around Diwali is also pretty ripe.