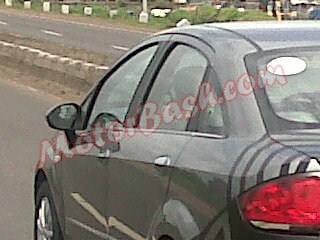 We exclusively broke the news that Fiat has started testing their new 2014 Linea (facelift) for India in India by sharing a couple of spyshots of the car on 13th August. You can have a look at them here.

We now share with you a few more which also feature a clearer spyshot of the rear. The biggest difference between the current Linea on sale and this new 2014 Linea facelift is the positioning of the registration plate. While it is placed on the rear bumper in the current Linea, it gets a new higher position as it is integrated in the bootlid on the new 2014 Linea.

Other changes include the presence of thin wide rear reflectors and a chrome lining which runs across the rear bumper. Interestingly, this mule looks a little raised as well. If that is because of the pics, we are not sure. Apart from this, the tail lamps are also slightly reworked. The side profile of the new Linea resembles the current Linea.

After seeing the exhaust, there have been speculations of this mule being the ‘T-JET’ version of the new Linea. However, since the New Linea will come ONLY with the 1.4L Turbocharged petrol that currently makes the Linea a ‘T-JET’, we really feel there might not be a ‘T-JET’ in the new Linea at all. 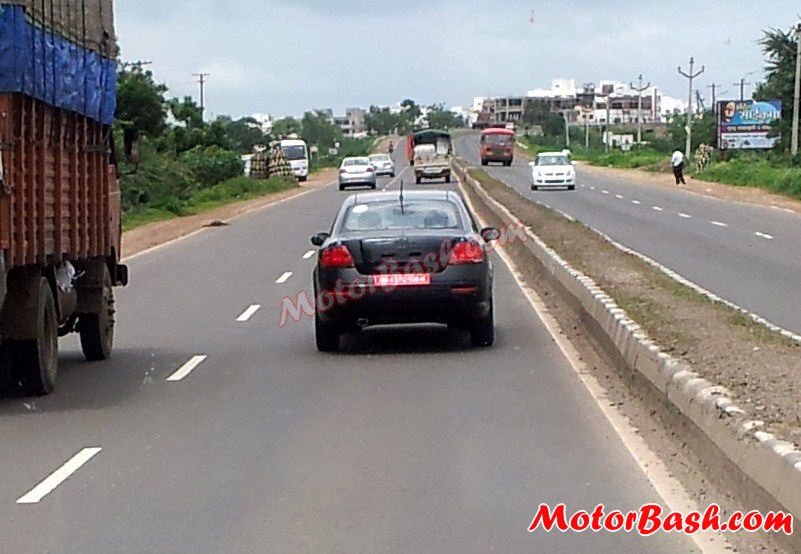 Apart from this turbocharged petrol, new Linea will also debut the 1.6L Multijet diesel engine in India for the first time ever and this is one bit that makes the new 2014 Linea, worth a real big wait. Both these engines have been officially confirmed by Fiat India when they announced their roadmap till 2016 in India. Here is a snapshot from their presentation revealing the engine bits.

If you are still unaware, then be informed that Fiat will re-christian the current Linea as ‘Linea Classic’ towards the end of this year and it will be repositioned in the C-Low segment. Early next year when Fiat will launch the new 2014 Linea, it will be placed in the C-High segment.

To know all upcoming products from Fiat, hop on here!