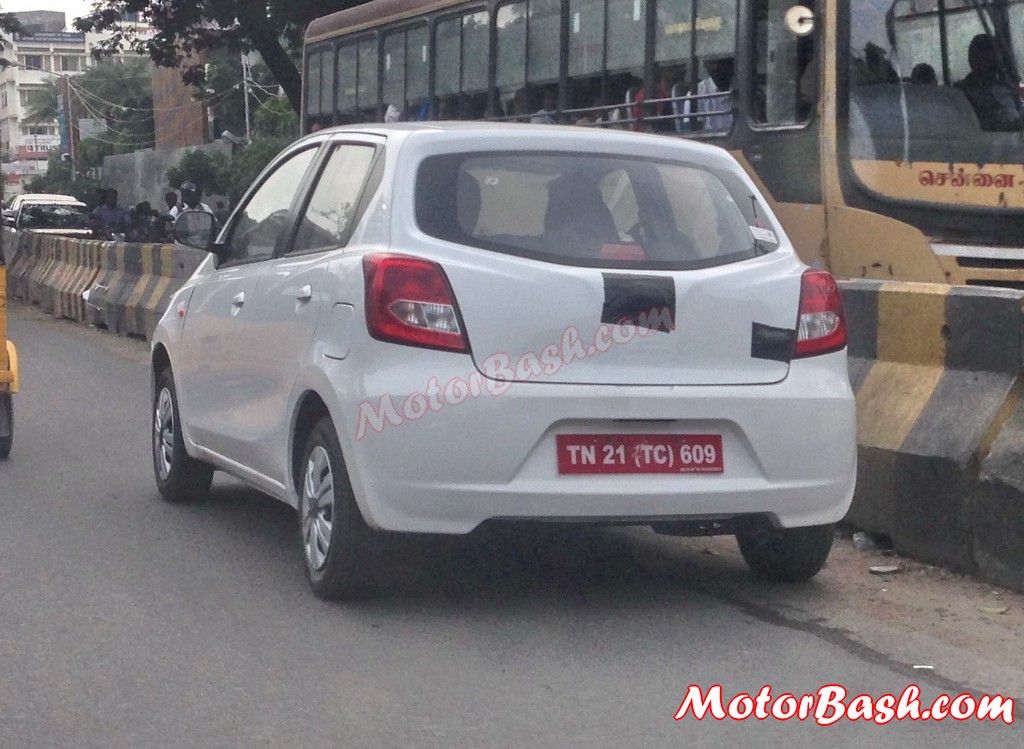 By now, you are well aware of the fact that Nissan is resurrecting its budget ‘Datsun’ brand for emerging markets like ours. Its first model for our country will be the ‘Go’ hatchback which Nissan premièred a few months back.

Considering that the launch is towards the early part of next year after the Auto Expo in February, Nissan is testing the Datsun Go aggressively in and around its plant. A new set of spyshots have been shared by one of our readers Shiva, which showcases the white mule under tests at Mount Road surrounded by a bus and a rick. 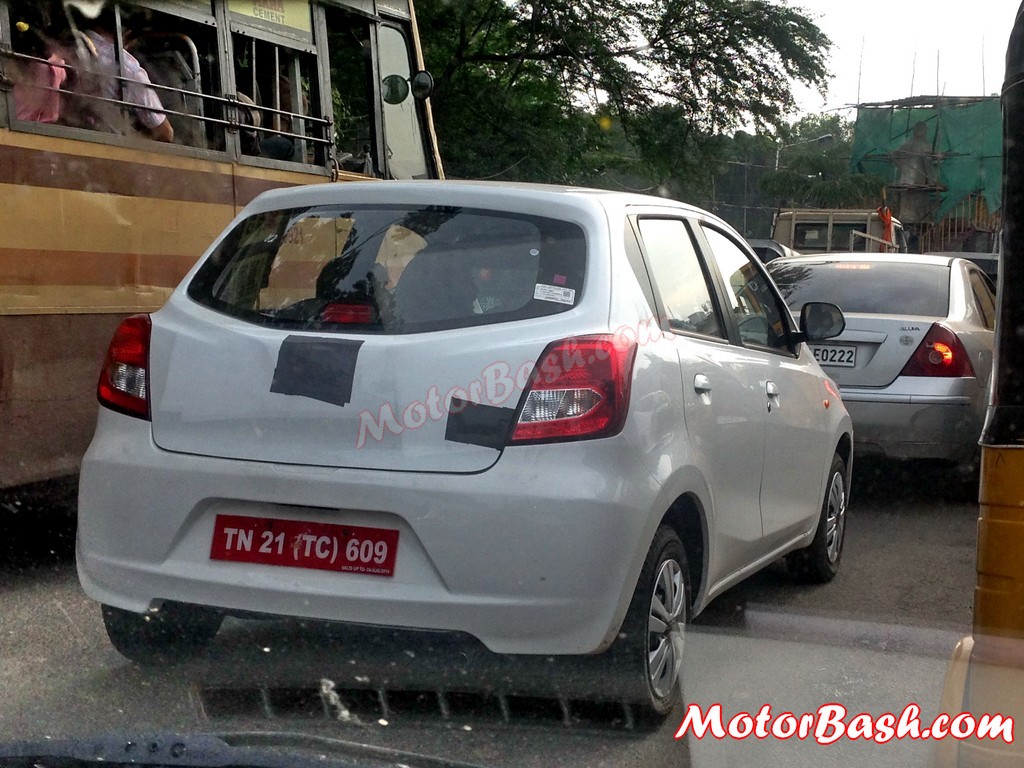 Shiva tells us that this might be a mid version of Go and appeared to be a very decent sized hatch which can accommodate 5 adults with relative ease. And these words should imbibe a lot of confidence within Nissan’s top honchos.

Imagine a sub 4 Lakh petrol car with a lot of practicality, presence of bare-basic features and a lot of space with the trusted engine and emphasis on fuel efficiency; Doesn’t this appear to be a recipe of success..? Well, time will tell!

This is the same mule that has been spotted earlier and interestingly, this test registration number expires in August 2014!

For the records, Datsun Go comes with Micra’s 1.2L 3-cylinder petrol engine (expected in a lower tune, power output of around 65PS). It is fully engineered in India and will be manufactured at Renault-Nissan’s Chennai plant. It will come mated to a manual gearbox only.

As we have shared earlier, we expect an interesting Rs 2.99 lakh entry price for this car. Does this ring some bells, then..?