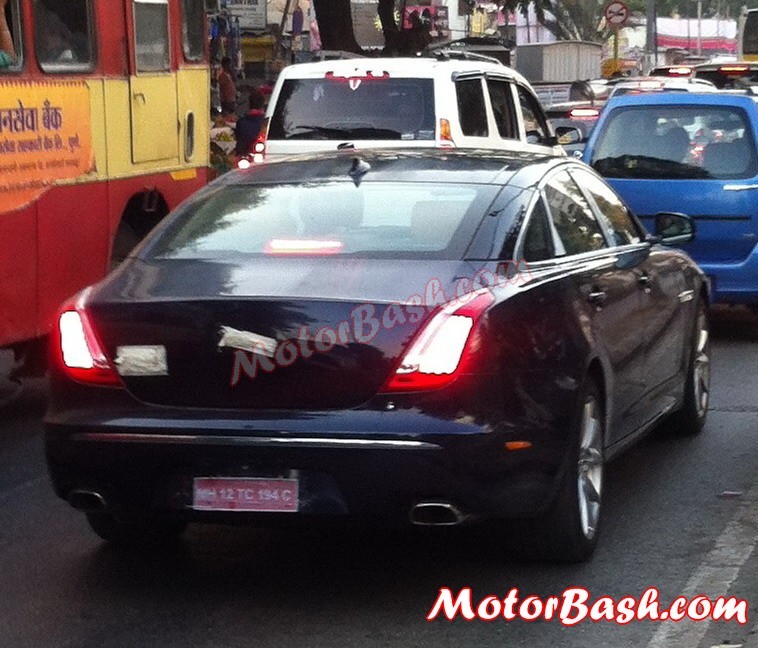 We have had a gala December 2012 where we shared with you so many exclusive scoops and spy pictures. For the first fortnight you can  check them out at

Here are our exclusive stories from 16th till 31st December many of which were the first time on the web.

As soon as we shared the first ever clear spy pics of new 2013 Force Trax Gurkha a couple of months back, possibility of a BS4 engine from Force One started making way till we shared the following pic. The clear “Bharat Stage 3” sticker on a black mule did dishearten a few but according to the latest information we have, there is a lot changing for the 2013 Trax Gurkha!

This very minorly hidden Jaguar XJ Ultimate could not escape the hawk eyes of our readers and here we reveal that this Jaguar XJ’s top of the line variant is coming to us.

This is one of the latest which we shared yesterday. With this uncamouflaged white colored mule we reveal that our regular transports might become safer, comfortable and more luxurious when this RE60 hits the roads along with an expectation of a very viable alternate to Auto rickshaw’s.

As we published this spy pic, the news of the 800cc Nano resurfaced. Now, this mule doesn’t give away what exactly is it, but we know this should be one of the many variants of Nano Tata is planning – CNG, Diesel, 800cc or 2013.

Obviously not meant for India, this LHD Eon spotted in Chennai is being prepared by Hyundai for Left Hand markets and will be exported from India.

After launching the world’s largest monocoque panel van Traveller26 in October, Force is busy preparing the CNG version of the bus and here we share it ‘ON TEST’

In an earnest hope that all the information and scoops reach our readers first, we strive to walk that extra mile and barge into whatever small bone we sniff!

And if you thought, we will sit back and relax; much more is coming your way shortly. Keep tuned 🙂