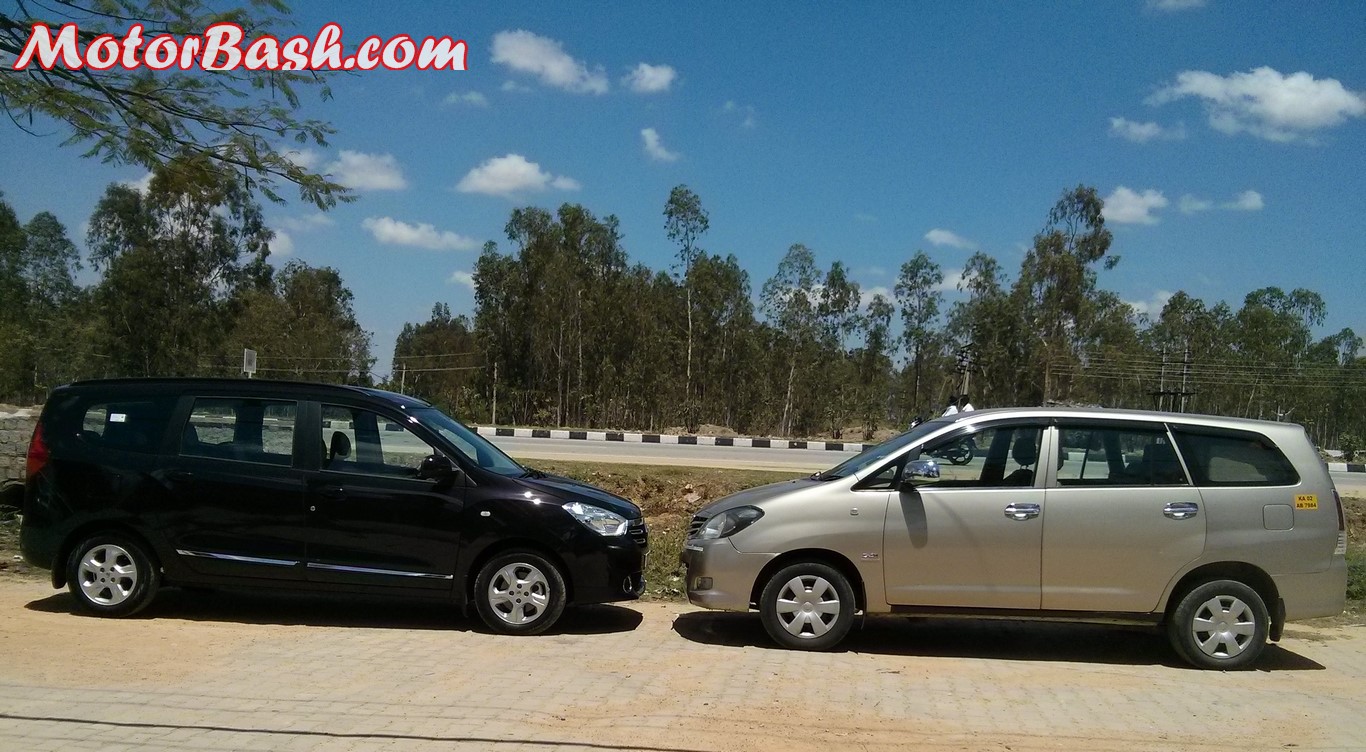 Toyota’s Innova is the country’s largest selling MPV despite an astronomical and unjustified price tag. While the Ertiga and Mobilio have found a place somewhere below, Renault intends to hunt down the mighty Toyota, or at least this is what they have portrayed so far. Both Ertiga and Mobilio were smaller cars, Lodgy is almost the size of Innova and, in fact, has a bigger wheelbase on offer. So let us sit down and compare how both the MPVs fare in on-paper specs and then there are some size comparison pics for you as well…

Engine: The Innova has a much bigger engine but is terribly underpowered if we consider today’s standards. It produces 102ps of power and 200Nm of torque from its 2494cc diesel mill and is mated to a 5-speed manual transmission. In comparison, Lodgy comes with an 85PS/200Nm and 110PS/245Nm trims of the same 1.5 liter K9K diesel motor (from Duster). Lodgy’s higher tuned version produces more power and much higher torque than Innova and also gets an extra cog to play around with. Well, fuel efficiency is also significantly higher!

Looks: The Innova has been around for a long time now and has started to look dated. The Japanese car maker though, is set to launch the updated Innova next year but till then all we get is this (‘this’ means the existing gen Innova. Pictured here is an older version of the MPV)… Things are not very rosy with the French as well. The Lodgy, though a modern car, looks boxy and neutral. However, the design is not offensive and will not look bad from any angle. The following pic will speak what we mean by ‘boxy’ 🙂 .

We know you, like us, just can not digest how can such a big car carry those puny tyres. Probably, Renault has hired someone from Maruti! 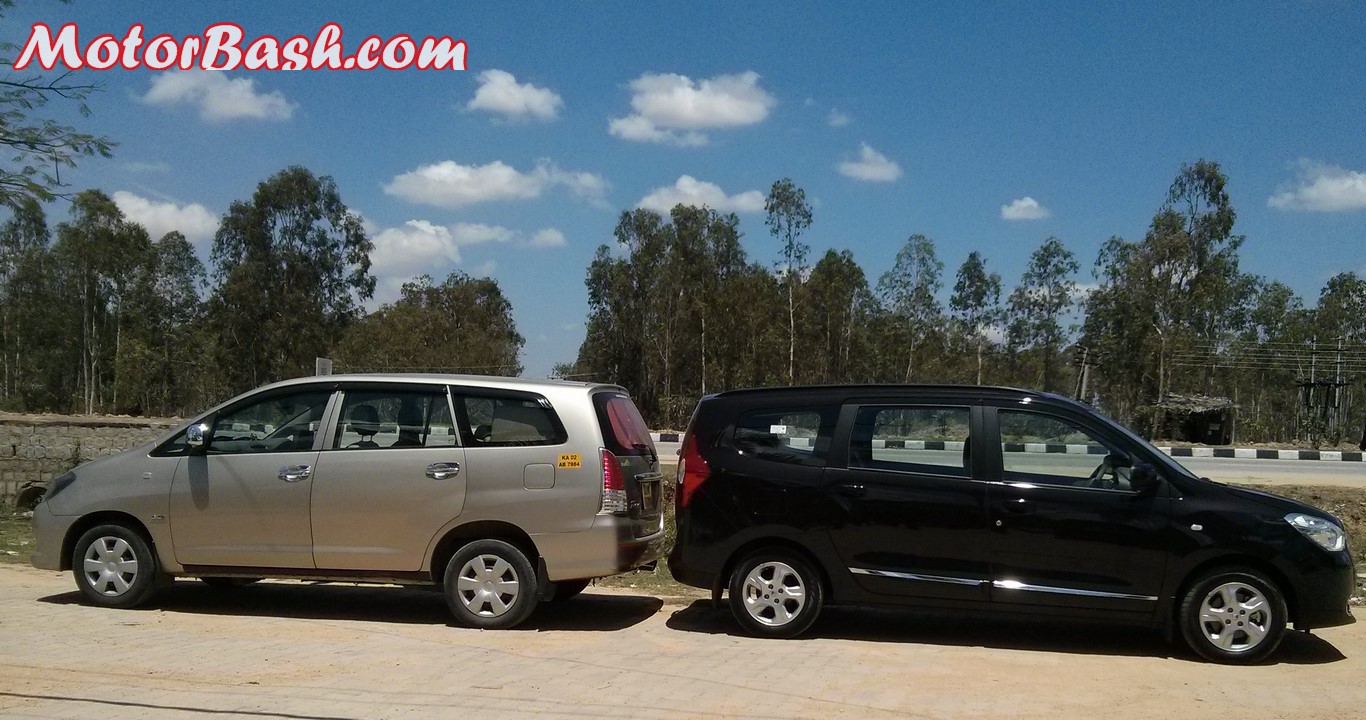 Size:  In terms of outer dimensions, Lodgy is just a wee bit smaller, however, it has a very comparable inner box. Look at the pic above and you will notice that it packs a compact engine compartment and both the wheels are stretched out to liberate more interior space. The third row is more usable when compared with Ertiga and Mobilio, however, Renault has messed with the middle row’s leg space.

Price: How are these two rivals compared in terms of final money you will have to put on the table? Here is the list…

Yes, Innova does carry airbags in every variant but it is significantly costlier than anything sensible in this world. To put it in figures, for the starting variants, it is over 2 Lakh dearer and the difference rises to a whooping 4 lakhs for the top of the line trims.

Do not mistake us! Innova is a fabulous car by all standards for the purpose it is meant for, however, with frequent and drastic price increments, Toyota has just cashed on the lack of good competition in India. Lodgy should provide a fairly decent competition to let Toyota know that they are not invincible in the market!

2 thoughts on “Renault Lodgy vs Toyota Innova: Comparo With Pics”