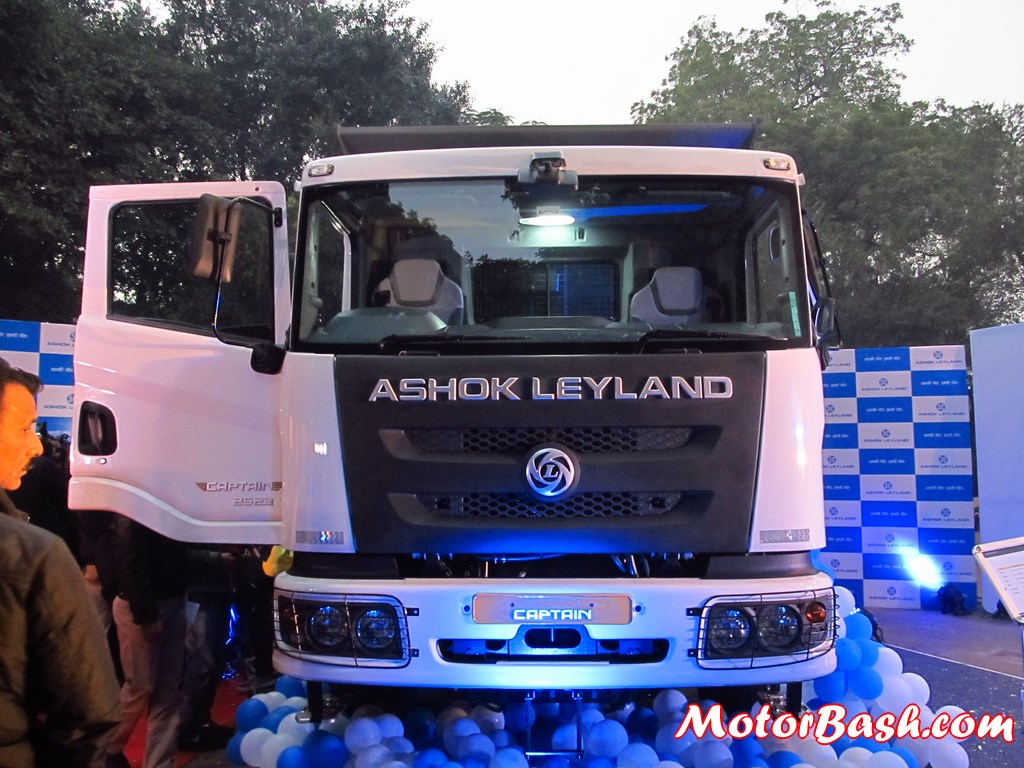 I love trucks. I love them more when they are not hindering progress of fellow motorists on a busy road on a busy day. With profuse building construction, furious mining activities and what not, it is common nowadays to come across heavy-duty lifters in and around the cities. They say it is sign of progress and I am inclined to believe them.

Hinduja Group, owners of Ashok Leyland, has launched a new series of heavy commercial vehicles in New Delhi yesterday. The “next-generation” HCVs, as the company calls them, are named CAPTAIN series of load carriers and guess who was called upon to launch these all new vehicles! Why, ‘Captain India’ himself! Yes, Mr. Mahendra Singh Dhoni was present to inaugurate the new series of HCVs for Ashok Leyland. Also present was MotorBash in Delhi to report about all its details. Incidentally, Mahi is the brand ambassador for Ashok Leyland.

At the function, the company unveiled CAPTAIN 2523 Tipper, which is the first model of the series that will include tippers, tractors and haulage vehicles. 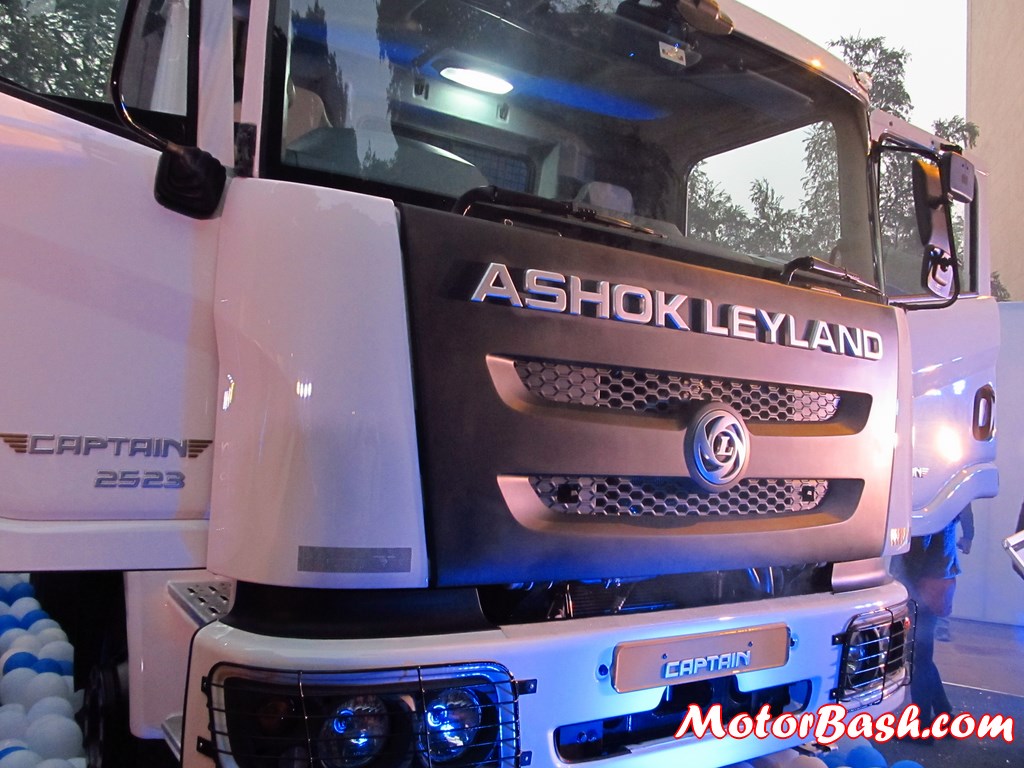 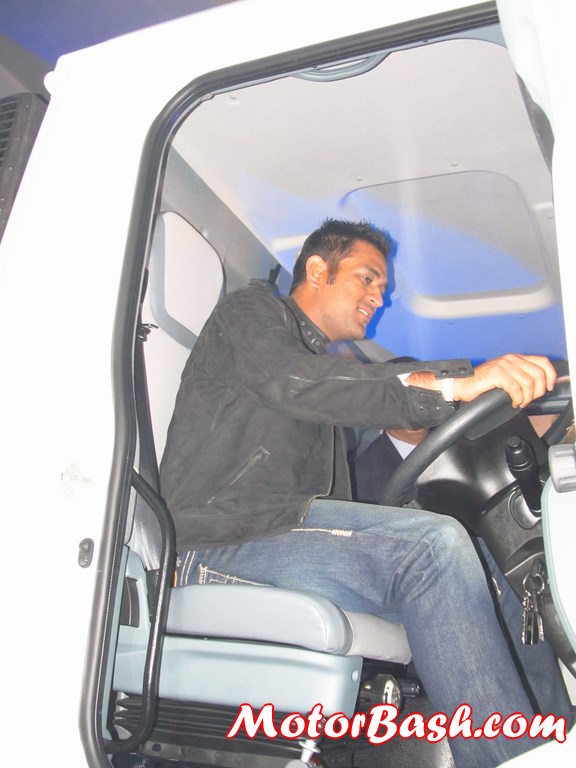 The locally designed CAPTAIN series of vehicles are from 16T GVW (Gross Vehicle Weight) to 49T GTW (Gross Trailer Weight) and will be manufactured at Ashok Leyland’s state-of-the-art manufacturing facility at Pantnagar, Uttarakhand. The truck cab will be available in three variants – Economy, Standard and Deluxe with the more expensive Deluxe model offering all the bells and whistles including a music system and air-conditioning.

Ashok Leyland will showcase the CAPTAIN at the upcoming Auto Expo in February 2014. 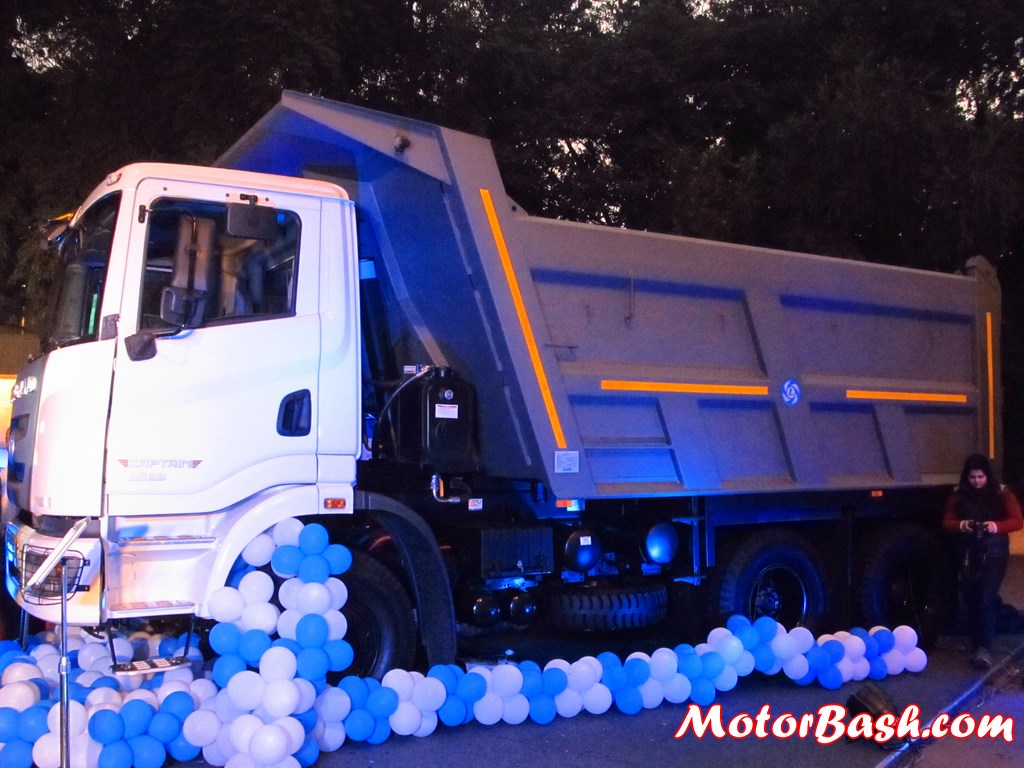 Mahi offered his best wishes for the new vehicles and so do we. But, er…what’s with the balloons, Leyland? Glad you didn’t invite the current Miss India with a rose clenched between her teeth to launch these monster machines!