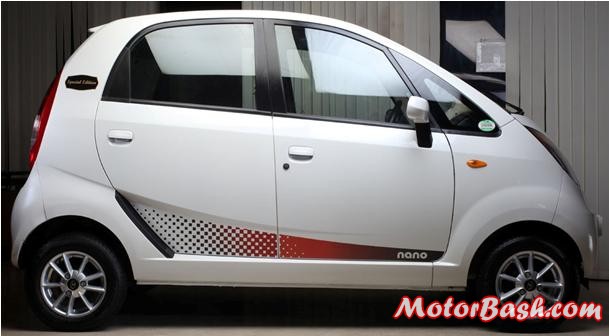 Despite being world’s cheapest car, Tata Nano never really took off! It’s been the center of many discussions, though. Now, in a recent interview, Mr. Ratan N. Tata said “We are redesigning the Nano for both Europe and the U.S”. According to him, “The U.S. is a very enticing market” and the ‘redesigned’ Nano will be more sophisticated, powered by a bigger engine and loaded  with features like power steering, ABS, traction control etc.

The Nano will be sold in the U.S.  for less than $10,000 and Mr. Tata expects that it would definitely have an appeal towards the small car buyers; as most of then invest a lot of money in buying small cars like Smart and Fiat 500.

Though Mr. Tata didn’t throw any light on how they are going to sell the Nano in the U.S. market as Tata has no retail sales channel there. He commented that it was too “pre-mature” to talk about it. As for production, Tata could take either CBU or CKD route or both of them. Within three years from now, Nano will be on sale in U.S. and U.K.

However, Mr. Andy Goss, CEO, Jaguar Land Rover (A fully owned subsidiary of Tata), has officially denied any discussion with Mr. Tata regarding the use of JLR dealerships to sell Nano.

Do you think that the ‘redesigned’ Nano can also be on sale in India as a different variant? Well, we don’t know about that, but what we do know is, a Diesel Nano and  a CNG Nano is in pipeline for the Indian car market! Meanwhile for this festive season, Tata Motors has launched a special edition of the Nano.