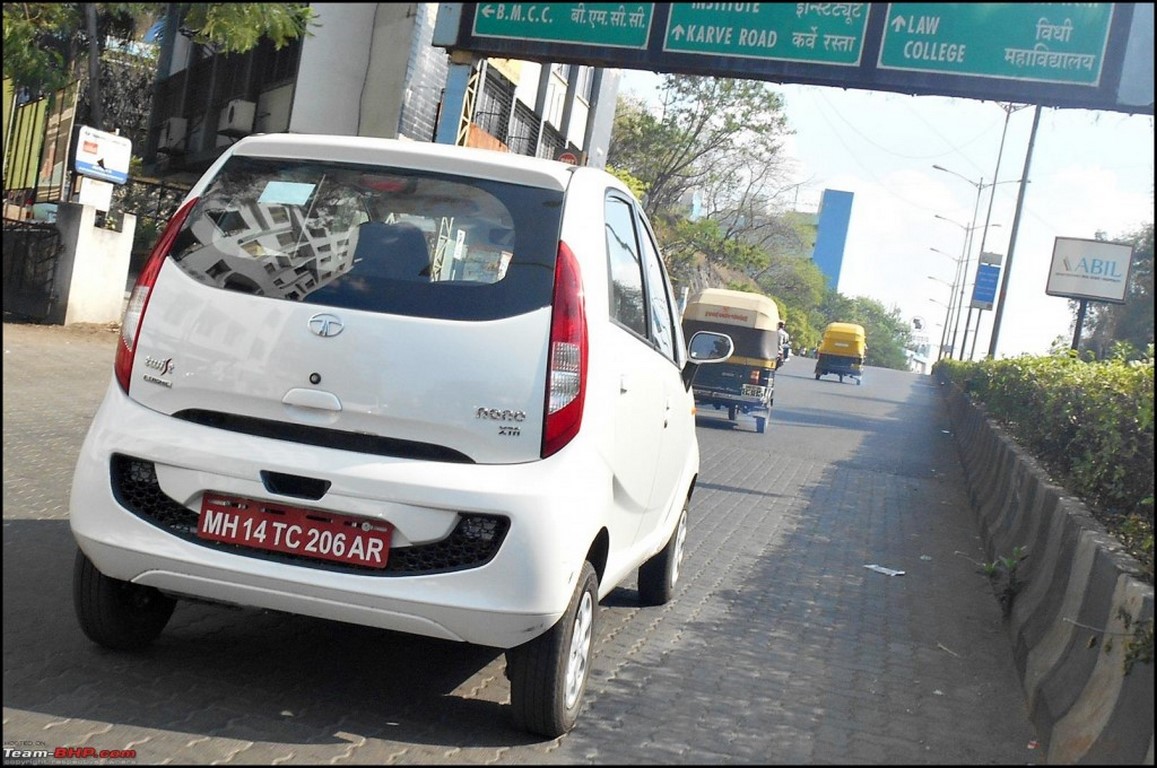 Ratan Tata’s dream, the Nano, is trying yet another way to stay afloat. Showcased back at the Auto Expo early last year, the company finally seems to be on the verge of launching the AMT version of the car. Called as the F-Tronic, it shall get the facility of an openable rear tailgate as well!

A Team BHP member has clicked absolutely uncamouflaged spy pics of the upcoming Nano variant which appears to be absolutely showroom ready and doesn’t have an iota of camouflage. It is so prepared that it gets all those decals and even the variant badges. 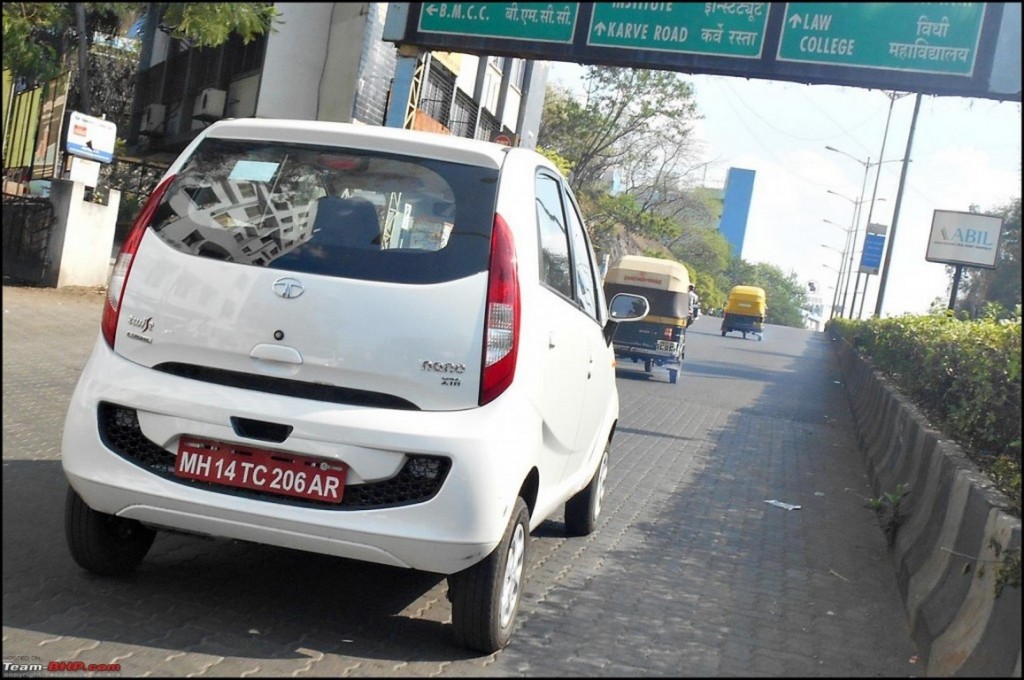 Expected to be the new flagship of the Nano family, along with an AMT gearbox, we can also see it running with minor cosmetic updates. It gets the smiling bumpers with honeycomb grille in the front (not visible) as well as at the rear. A tiny roof mounted rear spoiler is also visible. 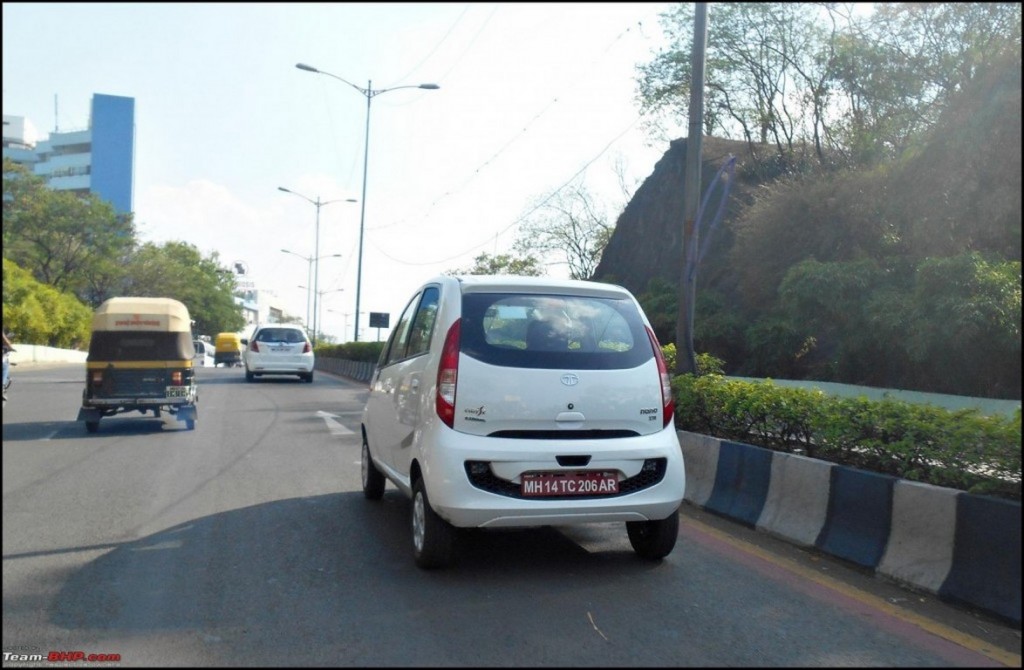 Mechanically the new version of the Nano will house the same 624 cc two pot mill producing 38 PS of power at 5,500 rpm and 51 Nm of torque at 4,000 rpm which is capable of pushing the car to a top speed of 105 kmph (claimed). The fuel tank is also expected to be increased from the present 15 litre to 24 litre in capacity.

Interiors are also expected to get a minor upgrade with a new three spoke steering wheel and a new wooden trim. We expect an official announcement from Tata soon.