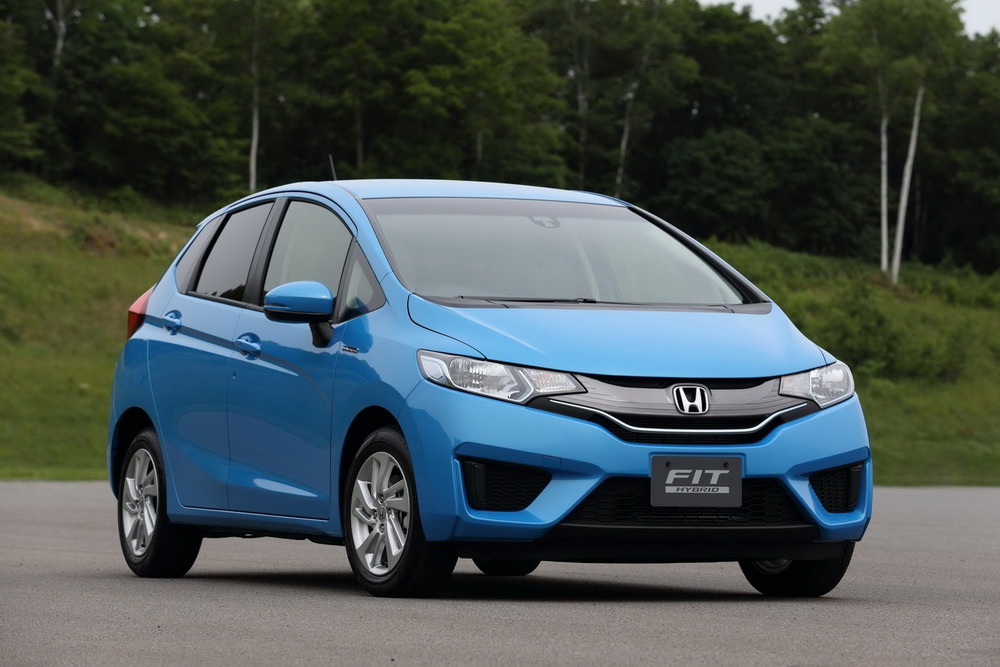 We had reported in detail about the leaked images/sketches of the 2014 Honda Jazz. The Honda Jazz is also known as the Honda Fit in a few countries. And now, after a lot of hullabaloo, we have the first official pictures of the car.

Let us talk about the car a bit more since we now have a few confirmed details.

Trying to hand over the Jazz a stronger brand connect as well as a better road presence, the designers of Honda have certainly lived up to their billing. The front “face” of the car has a dominating look, and the edges all around the car are more noticeable than the earlier version.

Thankfully, here isn’t much chrome on the engine grille and we love the matte black treatment. The flared headlamps lend character to the New Honda Jazz, and the inlet-shaped carve-outs below the headlamps add brawn to this small car, masquerading themselves as massive air intakes. 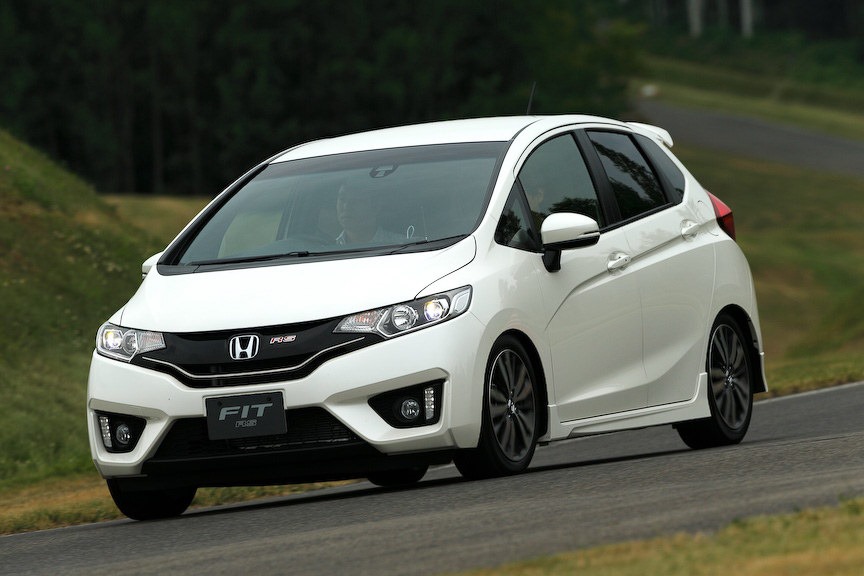 Definitely, the wheel arches are missing and so is a decent amount of beefiness that could have been injected into the profile of the car. The drooping roofline, and a rising bodyline crease try to arrest that fall in trendiness, assisted by the edgy wheels.

Moving behind, we get to glimpse a dash of chrome beneath the rear windscreen. The tail-lamps look peculiar, with the regular clump being complemented by a trail that shoots upward. Exactly below the tail-lamps, there are dark shapings similar to the ones in the front portion of the car.

Honda’s design team claims that they were out to provide an all-new look to the Jazz. We feel that they have managed to take various opinions into viewpoint and have put forward a beautiful car. Do you agree? 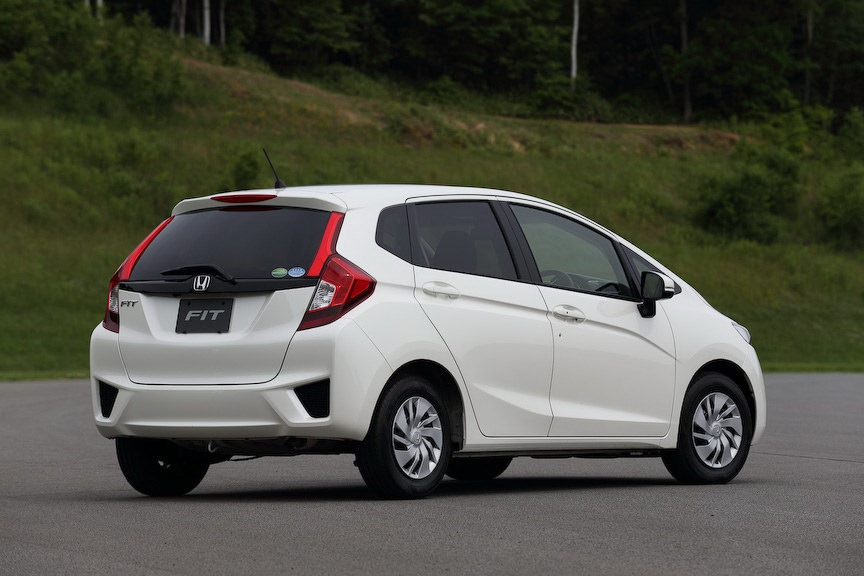 The 2014 Jazz will get better engine options as compared to the outgoing model. The available options are a 1.3/1.5 L regular mills that will guzzle fuel, and a 1.5 L hybrid mill.

On the frontline, however, lies the new 1.5 L, Atkinson cycle, four-cylinder IMA hybrid mated to a new one-motor, intelligent dual-clutch drive combination. Generating 135 hp at 6000 rpm and 125 lb-ft of torque at 5000 rpm, the new hybrid delivers plenty of power with a stratospherically high mileage figure of 85 mpg in Japanese spec, according to Honda. 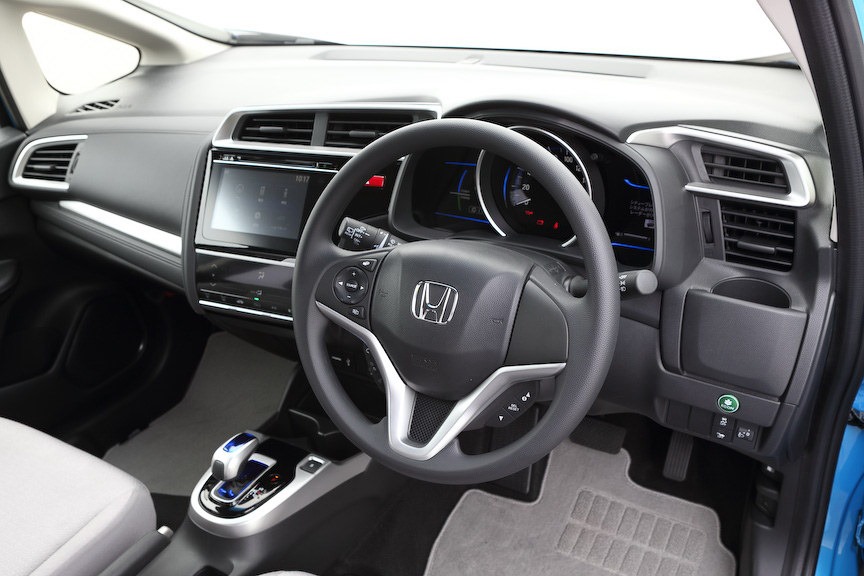 One reputed magazine, Motortrends has driven the new Jazz and shares that the new Honda has brisk acceleration as well as pretty good cabin NVH levels. The new DCT seems to have done away with the outgoing CVT’s problems, so says Motortrends. They also say that the cogs slot into each other flawlessly, and allow seamless gear changes at any speed. 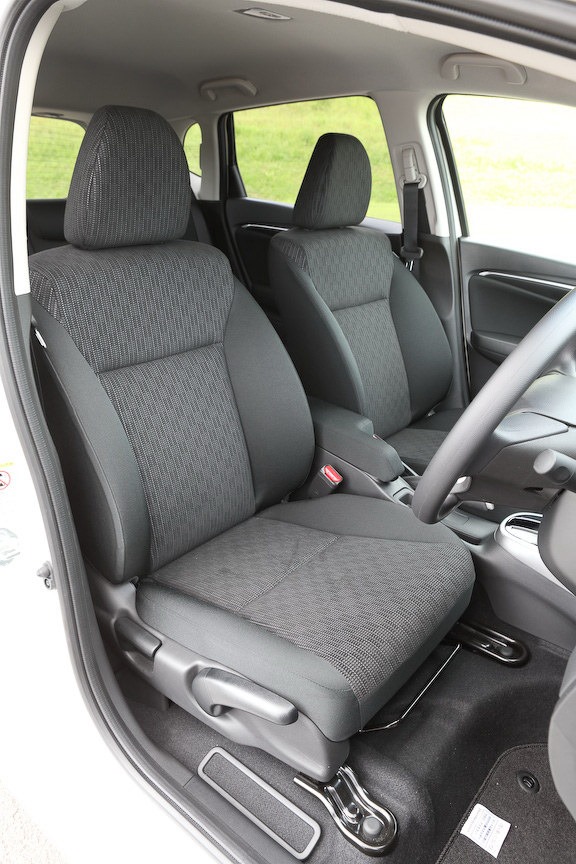 However, for the Indian market we will get a different set of engines. New 2014 Jazz will be powered by the 1.5L i-DTEC diesel engine that it will share with Amaze and the 1.2L i-VTEC which it already had.

This is what could be the 2014 Honda Jazz’s Achilles’ Heel. Though Honda’s designers claimed that they took the Volkswagen Polo as a benchmark while chalking out a stratagem for this new Honda Jazz, the car does not fare so well. 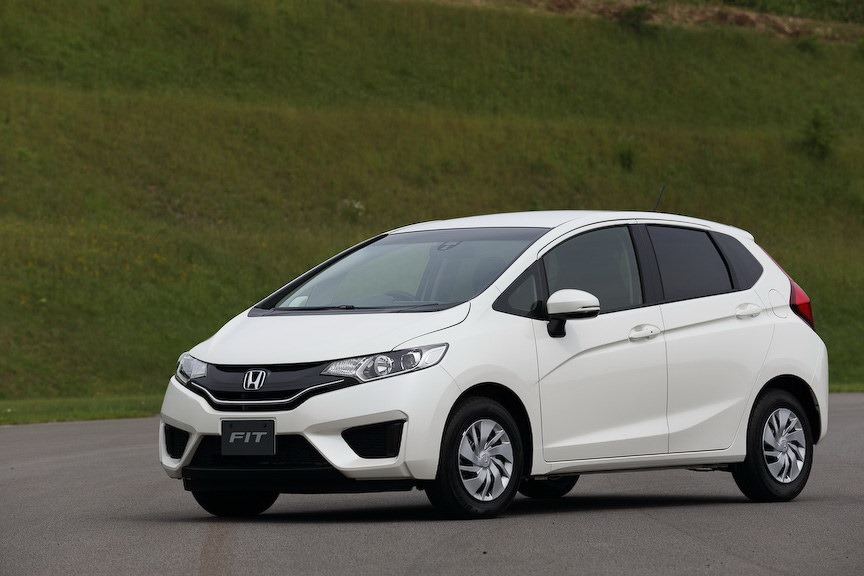 The interiors, according to Motortrends, seem bland and insipid. There is a glaring shortage of glove boxes and cup holders, which could definitely irritate the Indian buyer. Nevertheless, the cabin dynamics are an improved lot, as we mentioned earlier. Honda has also stated that the final version will include many more reworks. We could hope for a better interior on this New Honda Jazz.

As of now, this is what we have on the 2014 Honda Jazz. Keep dropping by our site, as we will surely inform you every bit about this new Jazz as it unravels itself!!

But have you started saving up?