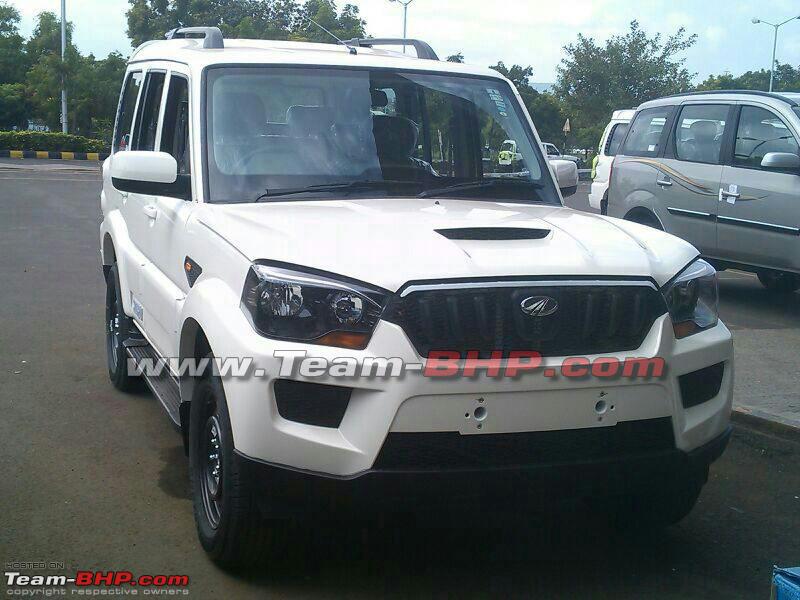 So till last night, though we had hints of how the SUV may look like through various spyshots, nobody had seen the new Scorpio facelift uncamouflaged. Mahindra opened the bookings without showing the car to anyone, such was the confidence!

This created immense interest and curiosity in how will the end-product look like. And the sudden spurt of a couple of spyshots last night at Team-BHP.com has revealed the SUV from the front as well as rear without an iota of hiding.

I am not sure how would you all react, but the new job looks tacky and overdone to me. Gradually, during all these years, Mahindra has been toning down its muscular brawny looks and with this facelift, the new Scorpio gets a more car like face. Although, the front niptucks look good in isolation but when viewed together they somehow do not gel well.

The smoked swept-back headlamps in this particular Scorpio do not carry projector headlamps but some of the higher variants of the new Scorpio will get them. The eyebrow-like LED DRLs, from whatever we have seen earlier, look fantastic (individually). The completely new front grille with that chrome hat would have looked equally good on some other car. The front mudguard is too edgy and looks dramatic.

But if you thought thats dramatic, a look at the rear convinces us that the designers had watched Ekta Kapoor’s Saas Bahu Sagas just before going to the drawing boards. The tail lamps are overtly overdone with flashy colors and may be used in discotheques. The black treatment at the rear which houses the number plate, door open handle and the respective logos, though, somehow looks decent and may look good on the black color.

But what in the whole world is that just above the tail lamps – a set of grab rails? Mahindra has been trying to correct the design of the Christmas-tree tail lamps ever since the first facelift/refresh arrived, however, it appears they have ended up in complete mess this time. The alloy wheels also look too flashy in these pics. For some reason, the cosmetic changes have not really appealed to us, at least from what we see in the pics. We would wait till we see the new Scorpio in flesh before making a judgmental view. 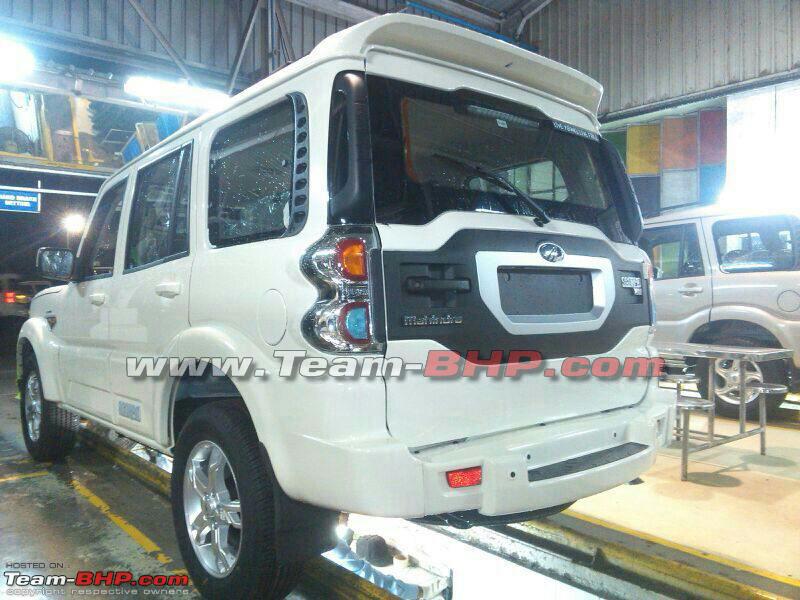 However, more than the looks, we would be interested in understanding how has Mahindra worked on the ride and handling of the SUV. And the biggest change we are curious to know is the interior which is appalling in the current version.

Do share your views on the new Scorpio facelift…