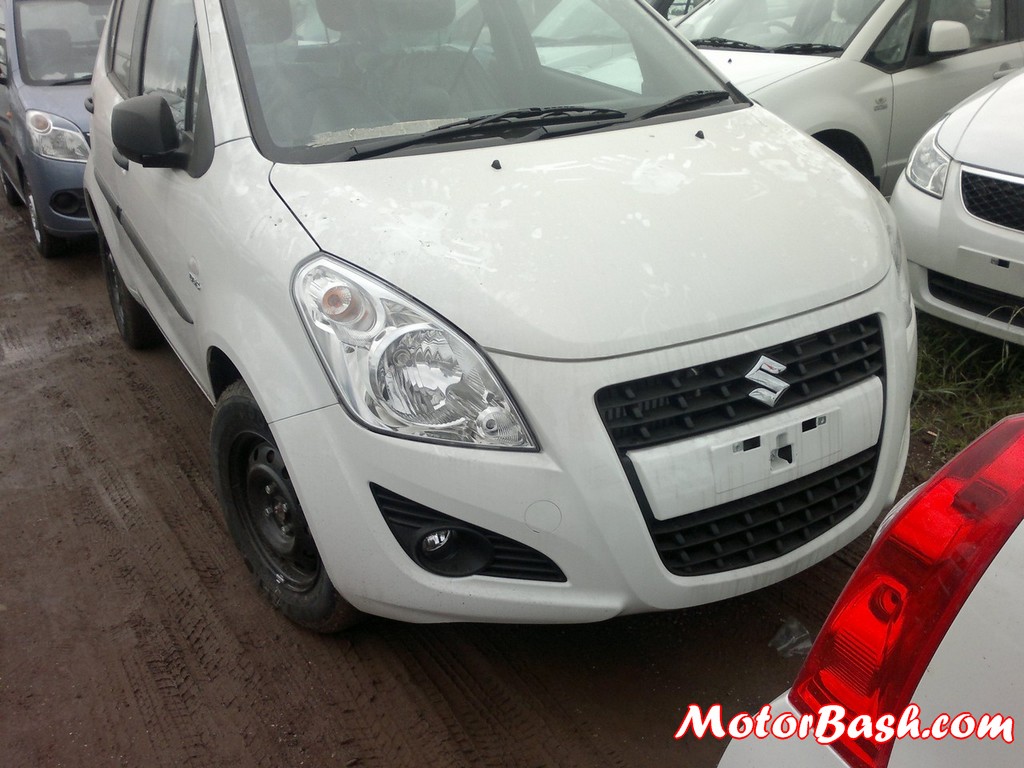 Maruti launched the latest Ritz facelift a couple of days back. The most prominent positive is the introduction of the top-end diesel ZDI version.

We have already listed the features and changes of new Ritz against the Older Ritz and we also know that these changes have also been incorporated on  the petrol version of new Ritz which was not mentioned in the official press release released by Maruti. Here is a price comparision which would clearly give you an idea on how much has the prices  been jacked up on the new car.

We have also included ex-showroom and on-road prices in Pune so that you would come to know about the price of the car as well. As we can see in the attached table, 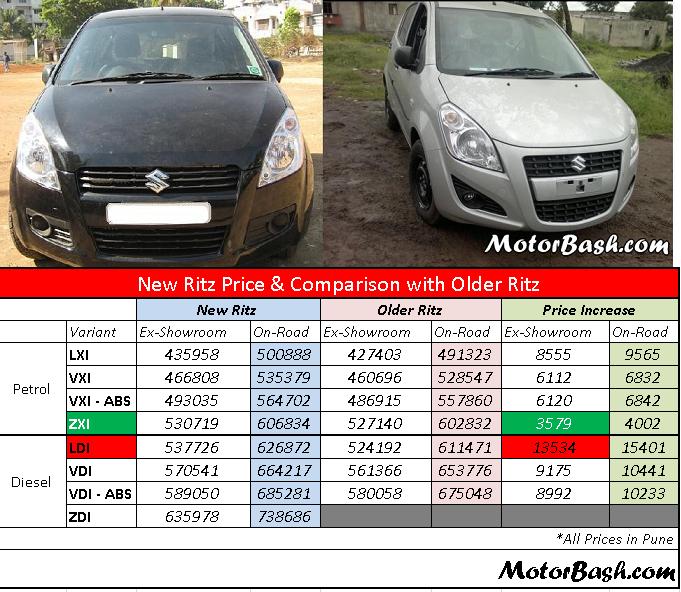 You can also check new Ritz’s exclusive pictures and the changes vis-a-vis the older Ritz here. Has Maruti managed to do a justified job with this facelift and its pricing? Did you like the new Ritz? Do share in the comments section below.