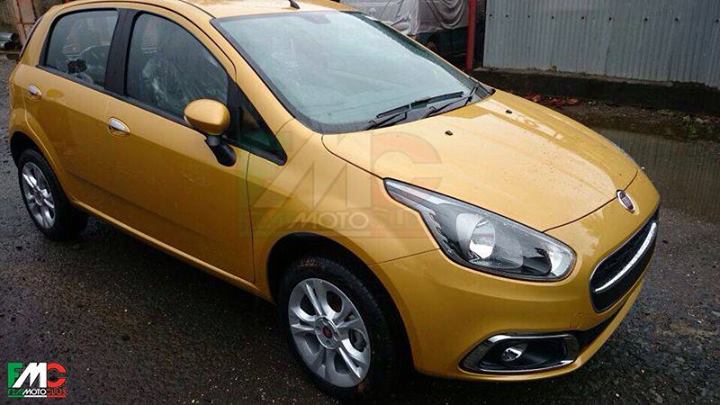 For some reasons Fiat kept the upcoming Punto facelift under wraps for all this long. This, despite them unveiling and promoting their Avventura crossover hatch, which is eventually based on the same new Punto.

A leaked picture from a presentation a few weeks back marked the first but unclear look of the car and here we are, with the completely clear and uncamouflaged pictures of the 2015 Punto right in front of you courtesy the Facebook group of Team Fiat Moto Club.

Here are a few key pointers: 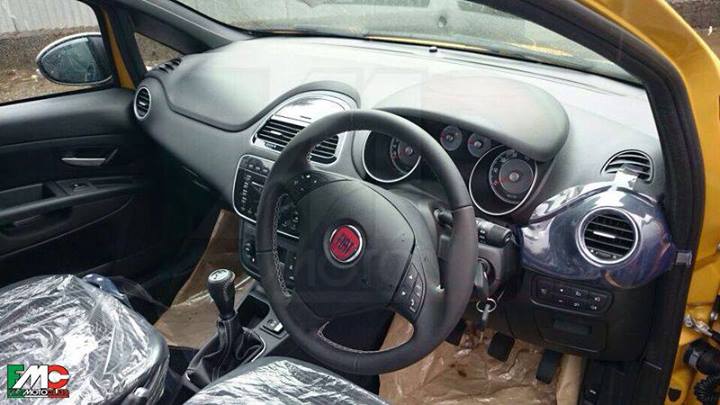 Apart from these, this car spied is running on a new color, not present on the current crop of Puntos. On the inside, it all appears to imbibe this feeling of deja vu! New Punto Evo borrows its interiors from the new Linea which looks fantastic. This car is running on full black theme but we have seen spyshots of mules which carry the dual tone beige color theme, so there appears the possibility of Fiat offering both of them. 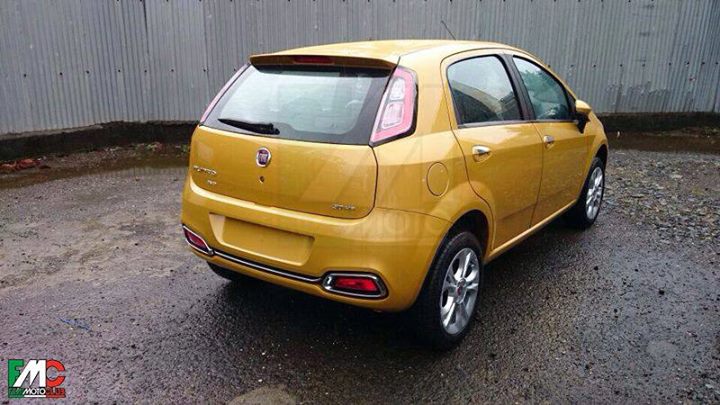 New Punto Evo will continue to be powered by the same 1.3L Multijet diesel engine in 76PS and 93PS trims. The petrol motors will be 68PS 1.2L and 90PS 1.4L as with the current gen model on sale.

We will be driving the new Fiat Punto Evo facelift by the end of the month and its official launch is expected sometime next month.

Related: List of 9 Upcoming Launches in Next Two Months: From MPV, Hatches to Compact Luxury Sedan