This will make Figo Diesel one of the most powerful hatchback in the country.

Just a day after we shared the exclusive pics of the upcoming Figo hatch from a dealership in Hyderabad, ahead of its September 23 launch, we get you some more dope. While its compact sedan version, Figo Aspire has been admired for its powerful diesel engine, it was suspected that the hatchback sibling may get some detuning! However, our sources have indicated that the Figo (hatch) will continue to produce the same 100 PS of power output from the 1.5 liter TDCI diesel engine.

The question of detuning came up because of the usual trend of using lower output engines in hatchbacks in our country. If you look at all the hatchbacks Figo will be fighting in India, none of them have such a powerful diesel on offer, except of course if they are offering a performance trim (for example the Polo family). 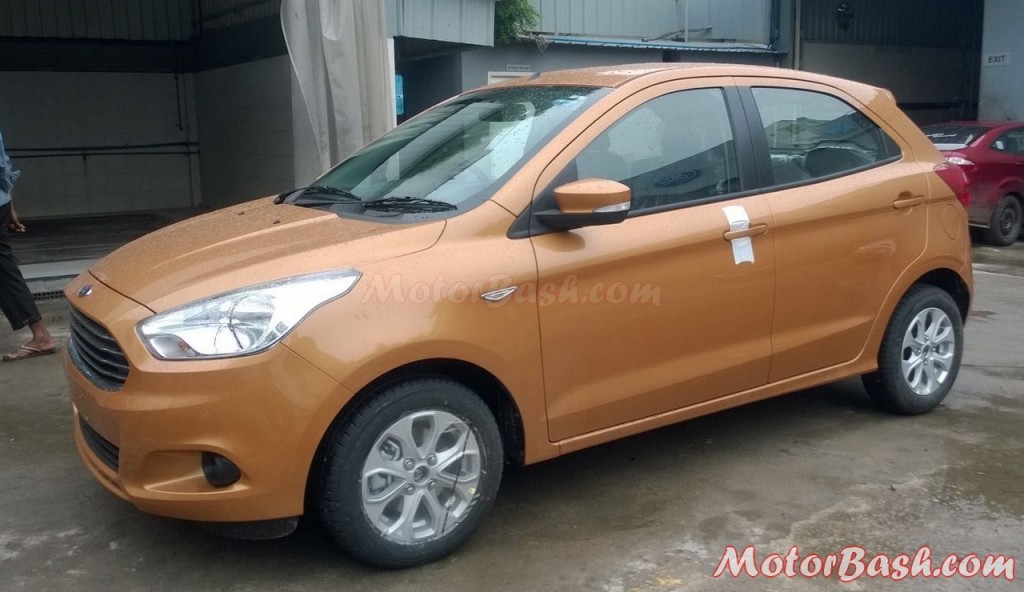 Another major revelation is that the bigger 1.5 litre Ti-VCT petrol mated with the 6 speed dual clutch automatic transmission will also be made available on the Figo! This engine produces 112 PS of maximum power at 6,300 rpm and 136 Nm of peak torque at 4,250 rpm. This though would put the variant out of the excise duty benefit thanks to its large engine displacement, and hence prices may not be very luring.

However, price of the 1.2L petrol and the diesel are expected to be compelling as has been the trend with Ford ever since EcoSport (or probably the older Figo as well). We see a very potent offering in the making…. Competition beware…