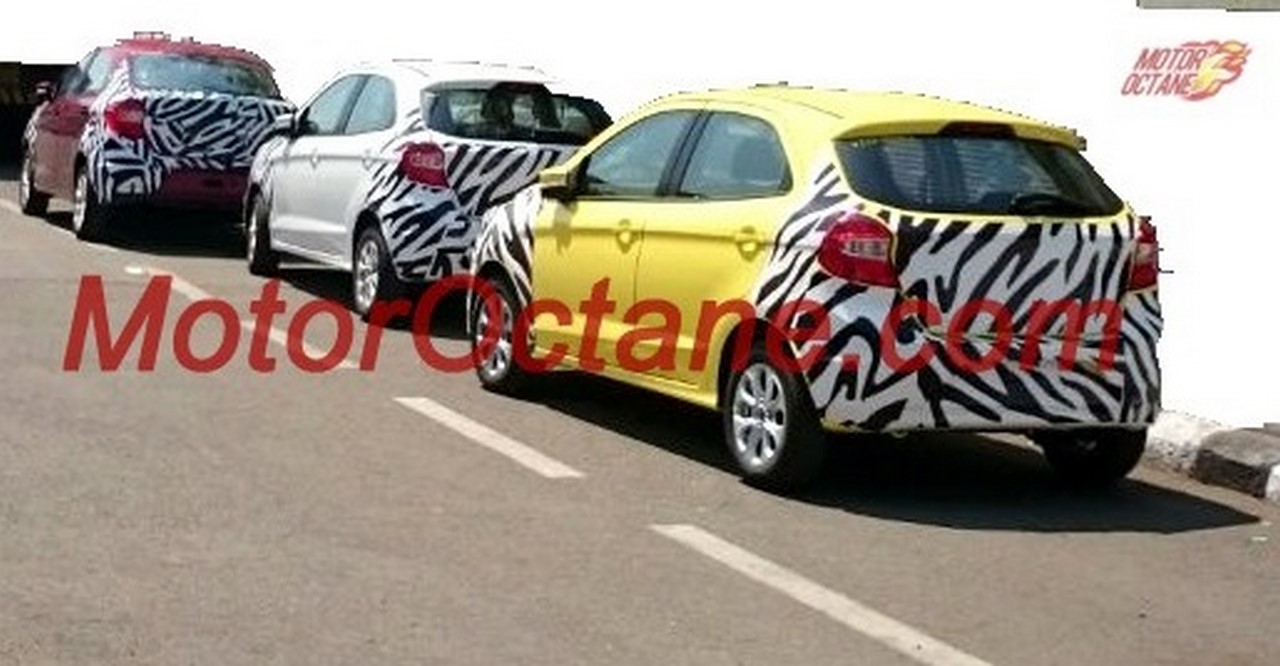 Ford’s upcoming challengers, Figo and Figo based compact sedan (which is rumored to be called as Figo Aspire) are set to be launched in India within the next coming months. To be manufactured at their new Sanand factory, the cars are already on sale in Brazil under the brand name ‘Ka’!

From these new spy pictures which have come up at MotorOctane, it seems that both the cars will have slightly different interiors. 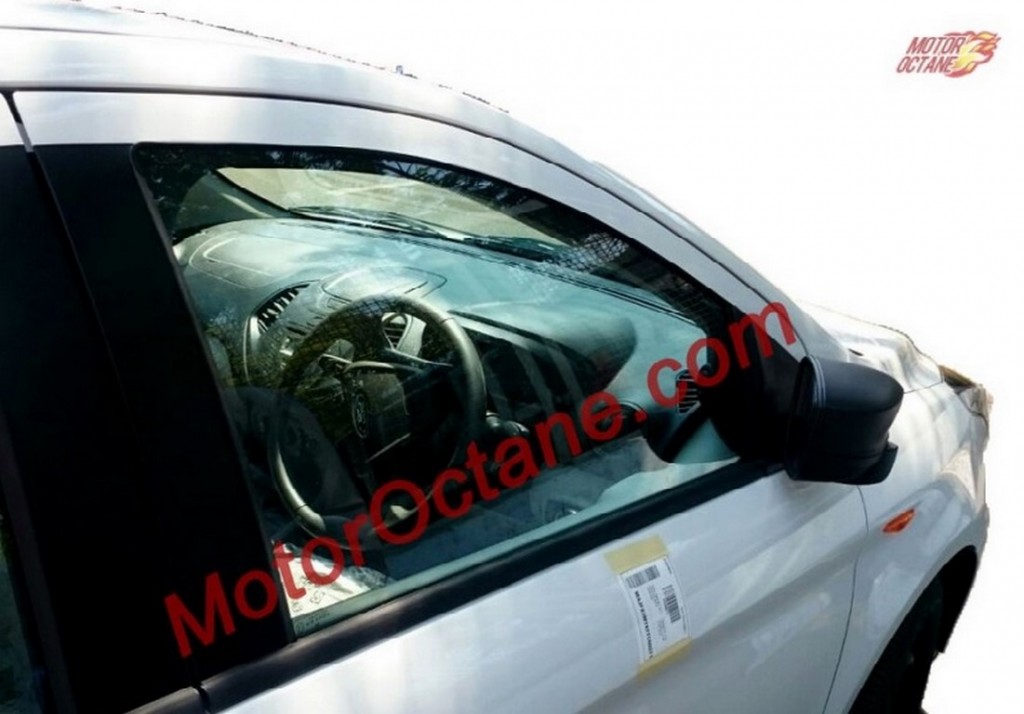 Inspired from the EcoSport the compact sedan gets an all-black themed dashboard. The hatchback on the other hand gets grey inserts to liven up things a bit. The sedan also gets what seems like a pop up screen which is usually found only in cars positioned higher than this. 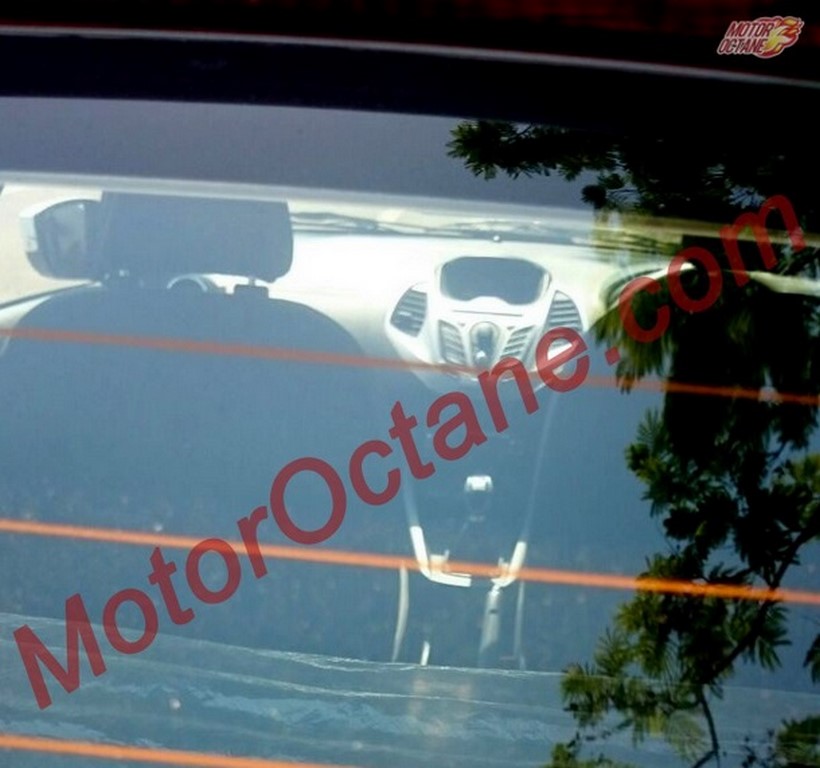 These test cars are a common affair on the roads now and clearly, we are nearing the launch of at least one of them, which is believed to be the sedan. Yes Figo Aspire (if we believe that name) is speculated to be be making its way earlier in about 3-4 months from now and will be later followed by the hatchback, towards the festive season possibly. 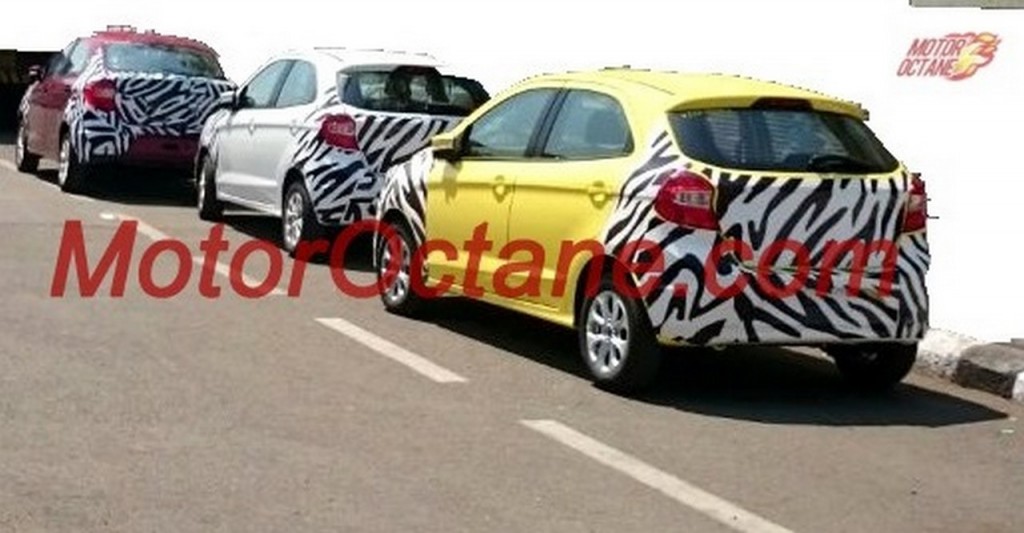 Sadly, a report claims that Ford is NOT considering the 1.0L EcoBoost (or its derivative) on the new Figos and instead, they will make do with the same (though bettered) 1.2 Liter naturally aspirated petrol motor from the current-Gen Figo, which we do not like! The diesel will be the 1.5 liter motor from EcoSport, instead of the current 1.4 liter engine.