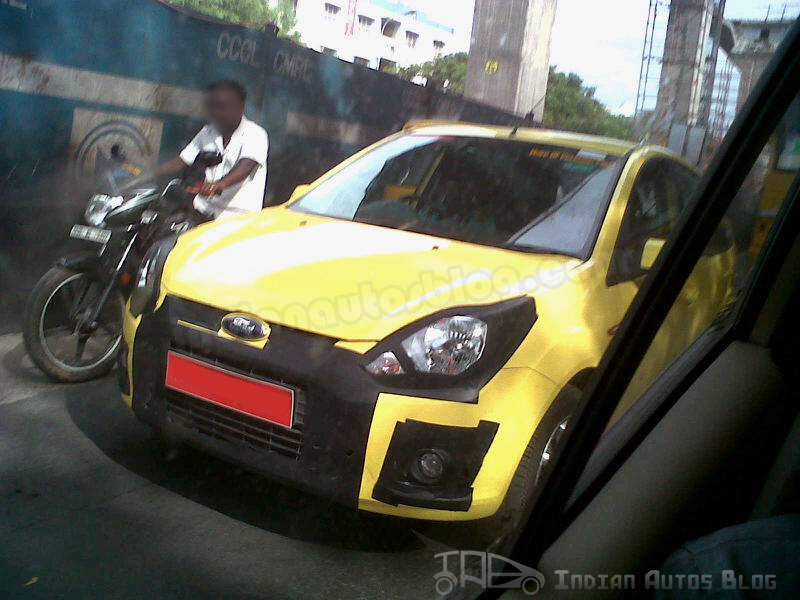 Not much could be deduced from the back-only spy pic of the yellow colored Ford Figo which was caught a few days back. Now here we have a full set of pictures of the Figo test mule which also reveal the front face of the car.

An Indian Autos Blog reader has spotted this Figo facelift which gives us a hint of what areas Ford would be working upon for this facelifted Figo. The car caught was a diesel Titanium (as the badges indicate)

What could be deduced from these pictures: 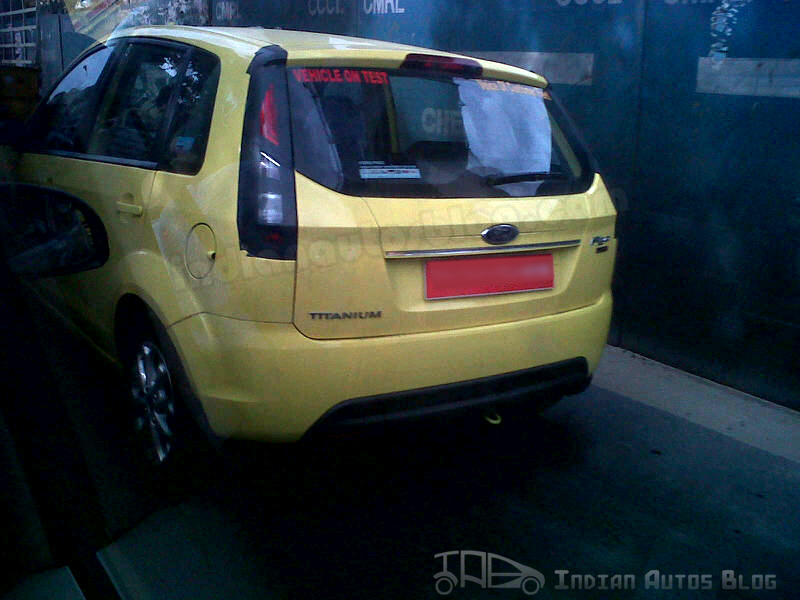 Since the external changes do not look like a long list read, lets hope Ford is working on some useful internal changes to the mechanicals of the car. It would also be interesting to see if Ford introduces the recent add-on equipment list it has introduced on this facelift. Or possibly loathe this new facelift with a few features from that list.

It also becomes imperative for us to understand the launch of this car. A safer bet could be during the festival time around Diwali.

Lets hope we get an even fresher and more friendly car in the next Figo facelift.