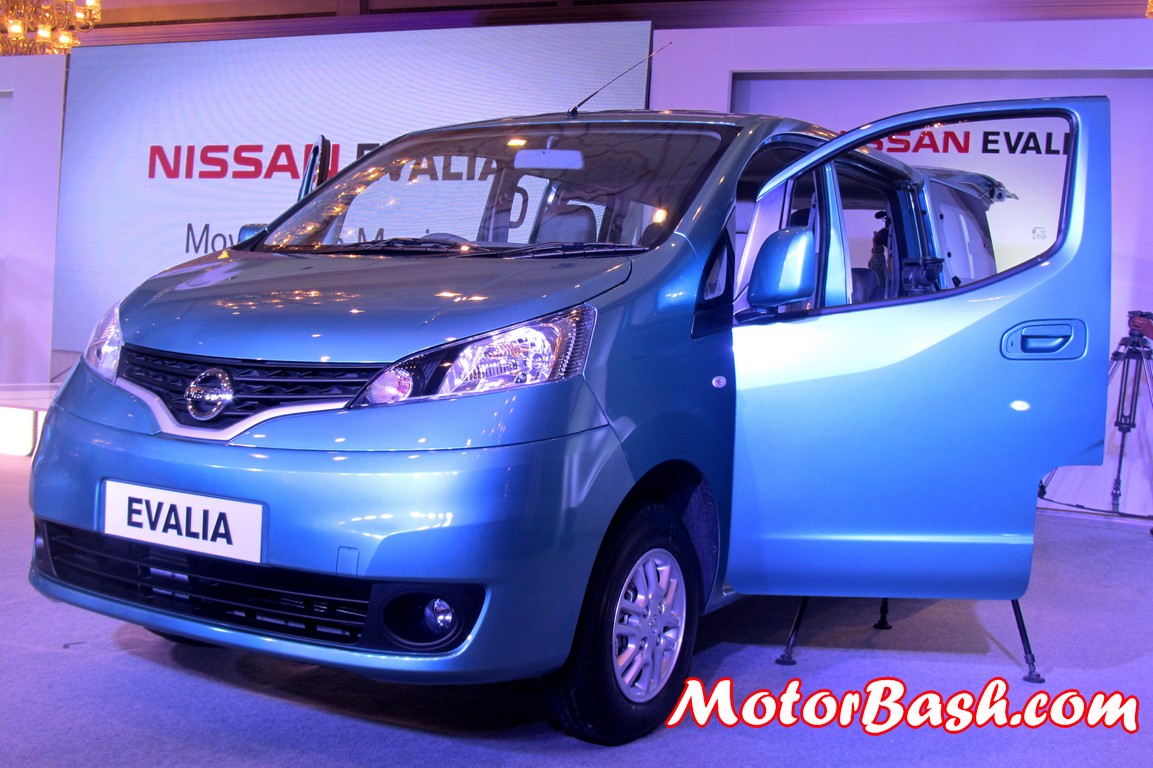 Nissan had big plans of capitalizing on the growing demand for MPVs in India. It had pinned mighty hopes on its Evalia; even toppling the Innova seemed to be a gettable target for them.

But after the launch, the bitter ground realities began to sink in. The Evalia looked like a tiffin-box, and it provided glimpses of an era that was long past (read Omni). Infact, it was the Innova which tore apart the Evalia’s sales charts after ratcheting up a mammoth sales figure of 5,670 if the monthly averages were taken into account. In a similar period, the Evalia was sulking around with its puny sales figure of 177 average monthly units for the period from January to May, 2013.

MotorBash.com was the first Indian publication which shared with all of you the spyshots of a revised Evalia mule under ARAI testing with rear wipers. Currently, the Evalia is more of a utilitarian vehicle and doesn’t really float the boat of personal users. The planned upgrades will definitely aim at making the Evalia more premium in character.

Autocar has reported new details about the refreshed Evalia. The first component to bid adieu will be the spartan-looking bench-styled seats in the middle row. They could now get an option of “Captain-style seats” with nicer fabrics and softer cushioning. The interiors will be spruced up by improved quality material as well as more equipments at the beck and call of the driver as well as the passengers.

Nissan is also looking forward to solve the widespread complaint of the fixed middle window. It will be re-engineered to slide open in the newer model. Incorporating a conventional lowered-down window in a sliding door is a difficult and costly proposition.

It is also not unreasonable to expect a few slashes and hacks to the Evalia’s exterior. Newer bumpers and lamp clusters could probably add spunk to the boxy, boring image of the Evalia.

It is also being said that Ashok Leyland will instill these tweaks in the Stile, the rebadged cousin of Evalia. A pre-Diwali launch of both these MPVs is expected to help them gain some traction.

Do you feel these changes are enough to make Evalia a seller?